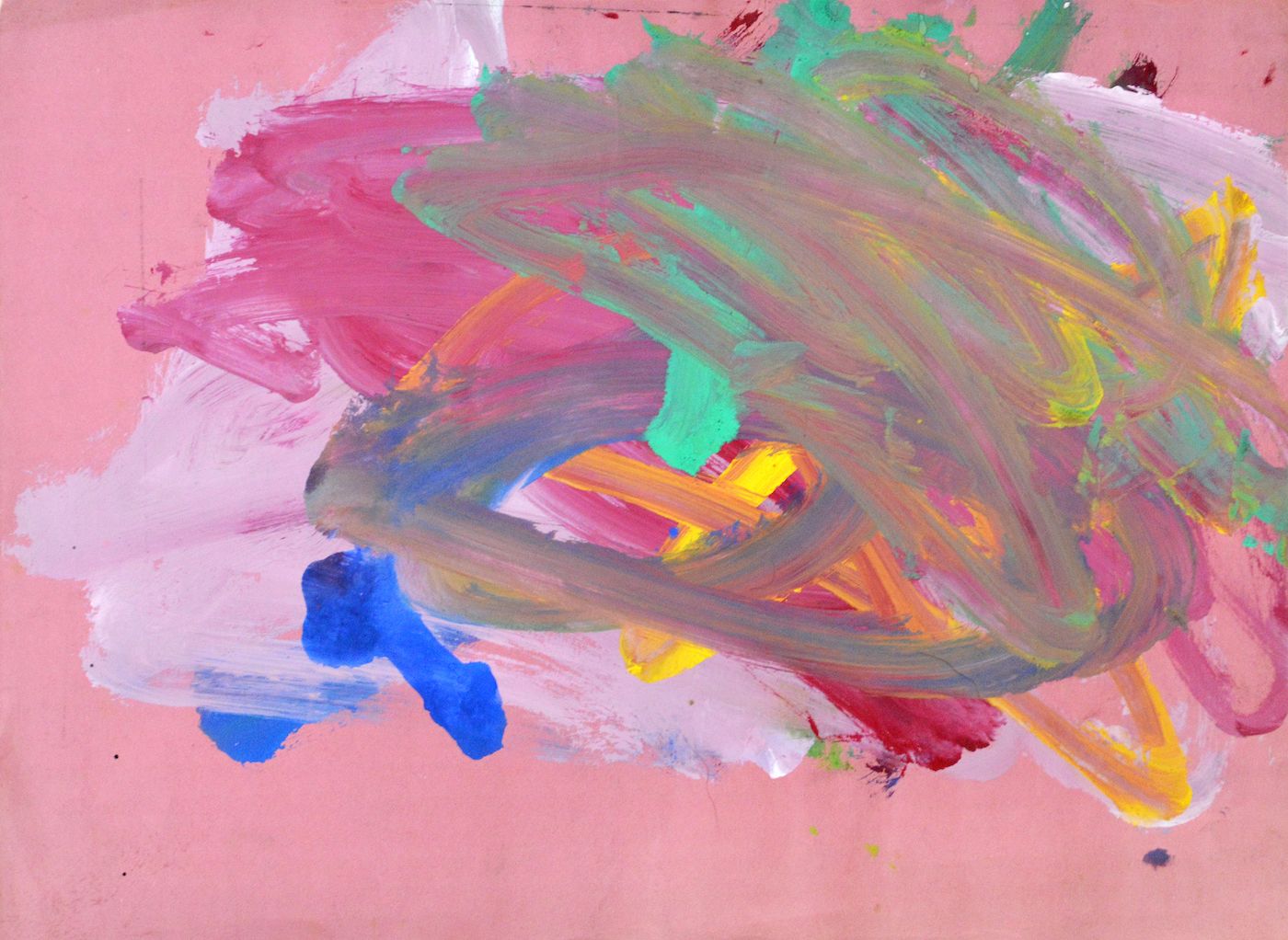 Jackson Pollock and Congo: Maestro at Shin Gallery in New York (until 30 August) juxtaposes a work by the Abstract Expressionist painter with works by the chimpanzee Congo, a prolific artist who produced more than 400 drawings and paintings in his lifetime. The late chimpanzee—whose works were acquired by collectors like Pablo Picasso, Joan Miró and Roland Penrose—was introduced to art by the British zoologist and Surrealist painter Desmond Morris, who discovered that Congo could draw circles and understand composition structure when he gave him a pencil at the age of two in 1956. Congo “communicated a unique painterly language through expressive drawings, and his ability to make controlled abstract patterns made his work exceptionally intriguing in the art scene during the 1950s”, when Pollock’s drip paintings also became regarded as “the epitome of the American Abstract Expressionist movement”, the gallery says. Salvador Dalí once compared the two artists, declaring that “the hand of the chimpanzee is quasi-human; the hand of Pollock is totally animal”.

Sarah Lucas: Honey Pie at Sadie Coles HQ in London (until 8 August) is one of the most keenly anticipated exhibition re-openings in London post lockdown. The show of new works by the British artist includes contorted, surreal female figures that are part of the artist’s Bunny series, which twist and bend around chairs and plinths “in states of abandon and vulnerability”, says a gallery statement. Five works in bronze and concrete, with their harder contours and protruding phallic forms, wildly differ from the fleshier softer figures bedecked in garishly coloured tights. The presentation further develops Lucas’s bold exploration of the female nude, looking back to earlier shows such as Bunny Gets Snookered held at Sadie Coles HQ in 1997. Lucas’s wit is also reflected in some of the titles, including Dora LaLaLa which shows a tangle of legs tied into a bow, enhancing the comic appeal of this impressive presentation which has plenty to say about the objectification of the female nude.

El Museo del Barrio in New York has organised its first comprehensive national survey of Latinx contemporary art in the triennial exhibition Estamos Bien: La Trienal 20/21, which features work by more than 40 artists from the US and Puerto Rico. The museum is presenting the triennial in a hybrid format, first debuting a selection of online projects (while it remains closed due to restrictions related to the coronavirus) before the on-site exhibition is launched on 13 March (until 22 August). The show opens this week with the crowd-sourced work Obituaries of the American Dream by the Dominican artist Lizania Cruz, in which the artist asks participants to share their testimonies of disillusionment with the so-called “American dream”. The declarations will be displayed on the project’s website, and will be collected and compiled for publication in a yet-undisclosed newspaper next year. The artist joined the curators Rodrigo Moura, Susanna Temkin and Elia Alba for a virtual event on 23 July to kick-off the triennial and introduce the work—especially in the context of the current pandemic.