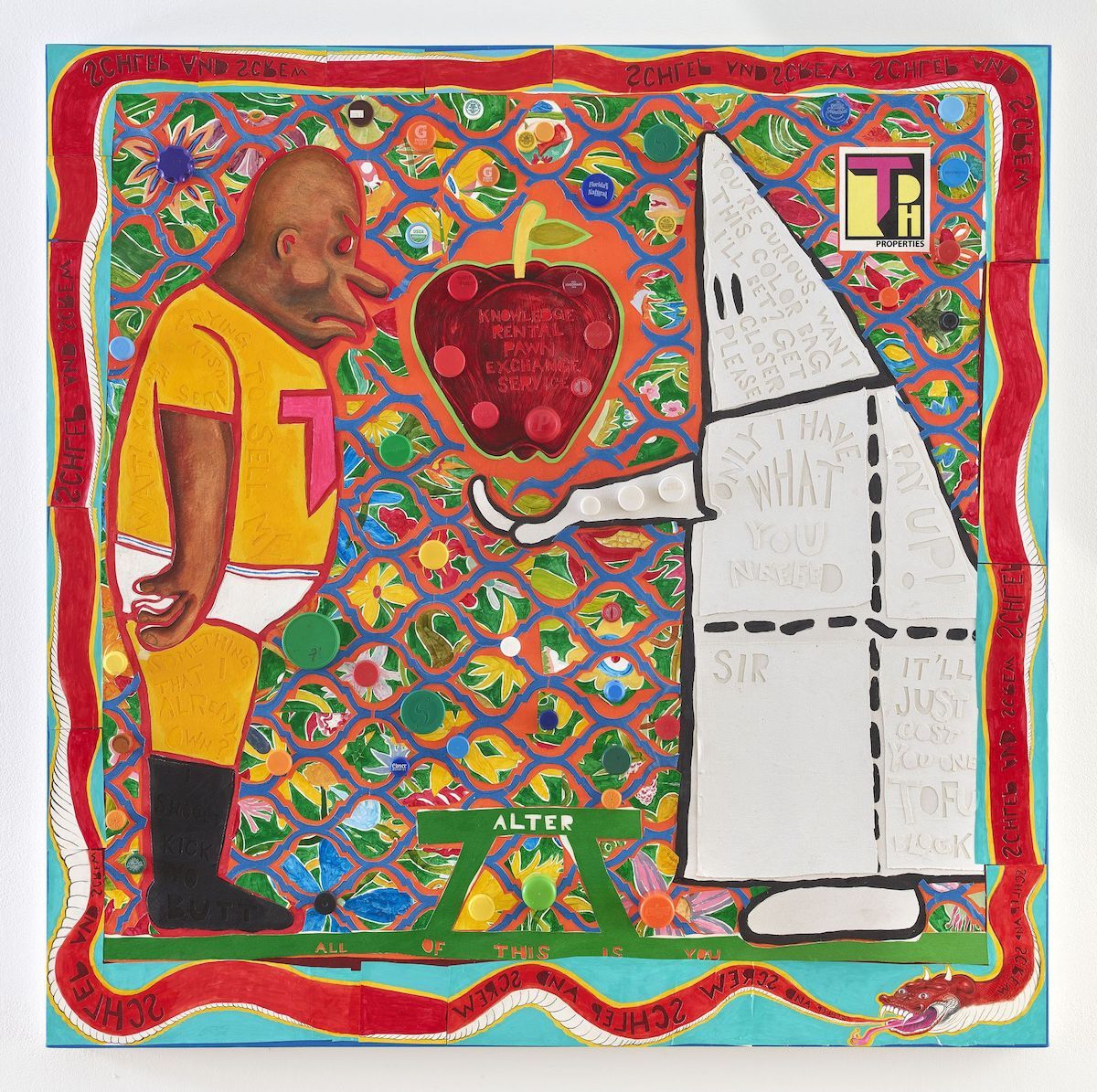 At James Cohan in Tribeca, the artist Trenton Doyle Hancock presents a collection of paintings that confront white supremacy in the US at a time when racial tensions have reached a fever pitch. Something American (until 17 October) includes works like Schlep and Screw, Knowledge Rental Pawn Exchange Service (2017), which depicts meetings between the artist’s superhero Torpedo Boy and a KKK member rendered in the likeness of the Klansmen who populated the paintings of Philip Guston, a major influence to Hancock. The artist told The Art Newspaper he was “saddened” a travelling retrospective devoted to Guston was postponed last month—arguably due to fears over contextualising Guston’s KKK imagery in the current zeitgeist—because “this is the moment those particular images should be seen”, in light of the polarising political climate heightened by the Trump administration and far-right rhetoric. Hancock says he learned of Guston’s Klansmen works as an art student and responded to the manner in which the artist “deflated Klansmen by painting them into a sad comedy of errors", he told Frieze Magazine. Cohan is also presenting the second chapter of Hancock’s ongoing graphic novel, Trenton Doyle Hancock Presents The Moundverse, in its Lower East Side space. 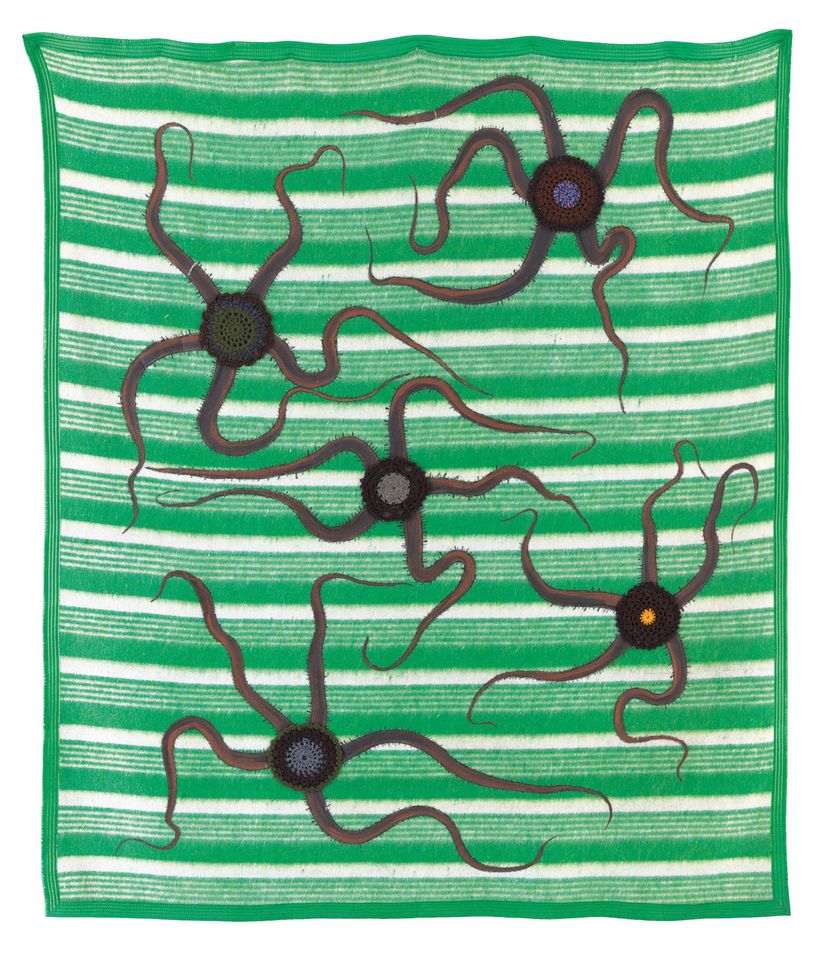 Feliciano Centurión: Abrigo marks the first solo exhibition in the US dedicated to the Paraguayan-born painter, who is best-known for his paintings on textiles that combine cosmic geometric patterning with traditional South American motifs. Centurión died aged 34 in 1996 from Aids-related complications and has been posthumously overlooked. The show, on view at Americas Society (until 20 November) covers six years of his career, including large-scale works like Medusas (1994) that demonstrate his technique of transforming “kitsch” textiles like blankets he sourced in the garment district of Buenos Aires, where he relocated in the late 1980s, into visually rapturous metaphors for shelter, protection, warmth and the immigrant experience. Smaller hand-stitched pieces contain spiritual, sentimental and sometimes poignant texts related to his illness, such as Mis glóbulos rojos aumentan (My red-blood-cell count increases) (around 1996). Centurión’s work embodies the phrase “the personal is political” and “explicitly talks about his sickness, the effects of HIV on his body, his mortality, his feelings of love and his religion”, says the curator Gabriel Pérez-Barreiro. “This personal work was a very new spirit in art in the 1990s”, when HIV was widely stigmatised as “gay plague”, he adds.

Henry Darger, During approach of second storm they seize a Glandelinian officer... / At Cedernine Have narrow escape from high explosive shells, (around 1940-50) (and 1930-40). Double-sided watercolor, graphite and carbon tracing. Courtesy of Andrew Edlin Gallery

The Double-Sided Dominions of Henry Darger at Andrew Edlin Gallery (until 7 November) shows a suite of colossal, two-sided watercolours by Henry Darger, a reclusive hospital custodian in Chicago who led a double life as a writer and prolific artist. The nine double-sided compositions by Darger—an artist known as the consummate artist of the Outsider genre who posthumously captured public imagination for his eccentric and sometimes violent pantings of pubescent girls with penises—stretch as long as nine-feet wide and are replete with his trademark cast of characters. Most recognisable are the Vivian sisters who, along with a slew of young cast mates, are rendered in a battle royale against their enemies, the child-enslaving adults known in Darger’s world as Glandelinians. The world-building that makes up Darger’s body of work is supremely intricate, with a lexicon all its own, and most of the paintings serve to illustrate his unpublished 15,000-page novel. The complex paintings on view at Edlin, which date between around 1930 and 1960, were discovered by the artist’s landlord in 1973 as he was helping him move from his apartment into a nursing home, where Darger died only a few months later.