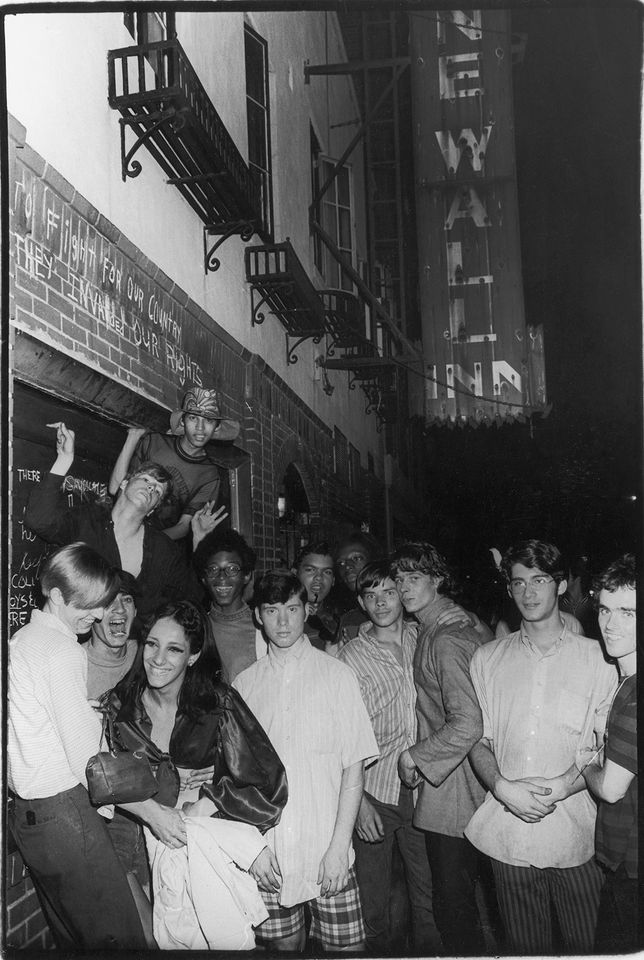 The large survey Art After Stonewall, 1969-89 at New York University’s Grey Art Gallery (until 20 July) and the Leslie-Lohman Museum of Gay and Lesbian Art (until 21 July), is a sweeping commemoration of the landmark June 1969 event at the Stonewall Inn in Manhattan’s Greenwich Village, a turning point for LGBTQ+ history, with more than 200 works covering topics from gender and body to Aids and activism, spanning media from sculptures to books to Charles Ludlam’s puppets. Among the works are many portraits, from black-and-white photographs like JEB’s (Joan E. Biron) 1980 snapshot of the poet Audre Lorde, to David Hockney’s colourful 1979 acrylic-on-canvas depiction of the actor and drag queen Divine. Meanwhile, spend the full four minutes with the joyous landmark lesbian film Dyketactics (1974) by Barbara Hammer, who died shortly before the survey opened.

The most impressive and important legacy of Stonewall can perhaps be seen at the Brooklyn Museum in the exhibition Nobody Promised You Tomorrow: Art 50 Years After Stonewall (until 8 December), which takes its title from a Marsha P. Johnson quote. The show focusses on the current moment, with works by 28 LGBTQ+ artists who were all born after Stonewall. The US artist L.J. Roberts’s new large-scale sculpture, Stormé at Stonewall, pays tribute to the biracial lesbian activist DeLarverie, who, according to numerous witnesses, threw the first punch in response to police violence during the Stonewall tumult. The exhibition also looks to the future, with a reading room and resource centre, Our House, organised in collaboration with the museum’s LGBTQ+ teen programmes and featuring a selection of texts and media about the Stonewall Uprising. “This interactive archive and community space is intended to inspire visitors and offer continued learning for those who are new to LGBTQ+ history, as well as those who are deeply involved with queer and trans art, life and culture,” says Lindsay Harris, the teen programmes manager.

Give yourself time for a deep dive into LGBTQ+ history in New York at the New-York Historical Society, through a pair of exhibitions and an installation united under the banner Stonewall 50 (until 22 September). Say It Loud, Out and Proud: Fifty Years of Pride is a good place to start, with imagery related to New York City Pride marches and other LGBTQ+ demonstrations between the 1960s and the present, and an informative timeline of key moments in LGBTQ+ history. The exhibition Letting Loose and Fighting Back: LGBTQ+ Nightlife Before and After Stonewall shows the importance of social spots for the history of the community and its activism, with objects like the sign for the Paradise Garage, the cradle of garage music. The most rewarding, and uplifting, part of the programme perhaps is the show By the Force of Our Presence: Highlights from the Lesbian Herstory Archives, which has objects and memorabilia from the Brooklyn-based grassroots group formed in 1974, like a pair of Dr. Martens emblazoned with “The Lesbian Avengers”. Particularly memorable is its tribute to the African American woman Mabel Hampton, who lived life openly as a lesbian from the 1910s onward, was a dancer in the Harlem Renaissance and an influential figure for the archives.