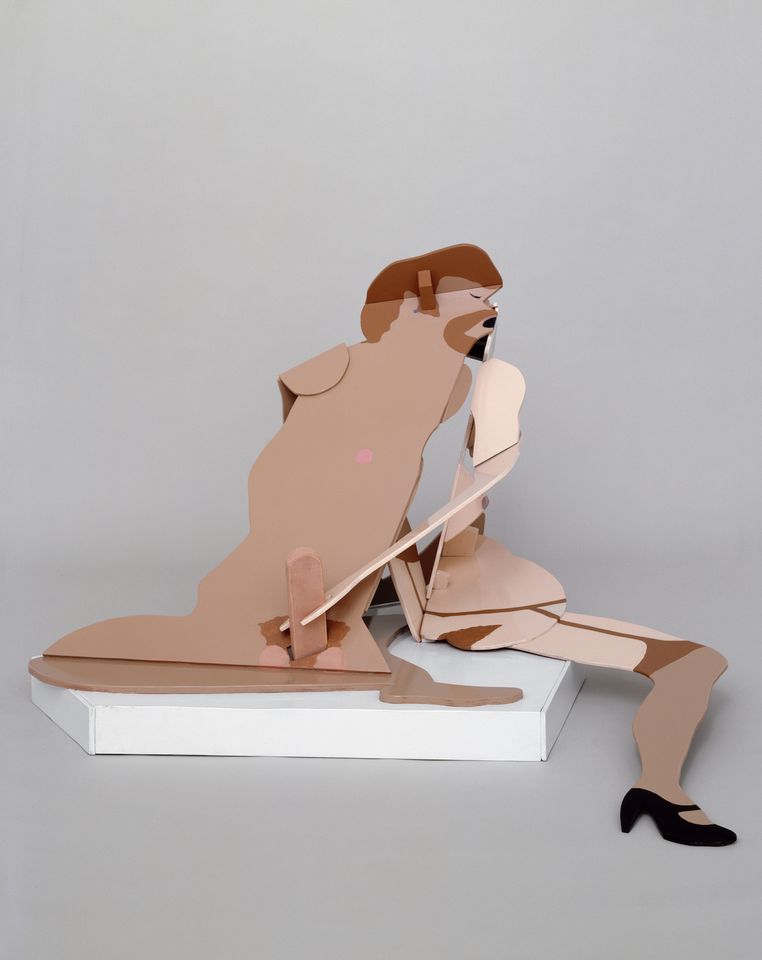 Rachel Feinstein: Maiden, Mother, Crone at the Jewish Museum (until 22 March 2020) demonstrates the true scope of the artist’s oeuvre, which spans the last three decades. The exhibition—Feinstein’s first survey—brings together 71 sculptures, videos and paintings that celebrate female power, identity and sexuality. The show begins with the work Model (2000)—a sculpture of wood and plaster coated in white enamel paint with mirrors pointing in various directions that harks back to her time as a fashion model when she was a teenager. Feinstein “marries together issues around femininity and the roles of the ‘woman artist’ with her fascination with the rococo, architecture, religion and fairy tales,” says the curator, Kelly Taxter. “There is no other artist working today who has sustained the study and making of female figurative sculpture. It’s as though she’s both rewriting history—women’s bodies now depicted by women—while also offering an entirely new sculptural genre.”

Selections from the Department of Drawings and Prints: The Wrightsman Legacy at the Metropolitan Museum of Art (until 16 February 2020) brings together more than 100 drawings, prints and books donated to the museum by the late American philanthropists Charles and Jayne Wrightsman. The couple avidly collected figural drawings from 18th-century France and the exhibition features stunning pieces by Elisabeth Louise Vigée Le Brun, Jean Étienne Liotard and others. The show extends to other areas, including the couple’s most significant gift to the department of drawings and prints: The Martyrdom of Saint Cecilia (Cartoon for a Fresco) (1612-14) by Domenichino, a preparatory design for the centre of his fresco at the San Luigi dei Francesi in Rome. According to George Goldner, the chairman of the department from 1993 to 2015, the museum lacked funds to purchase the work in 1998 and Jayne Wrightsman stepped in to help “without any further discussion”. The drawings and prints are part of a larger celebration of the Wrightsman legacy that also includes 22 paintings and 55 sculptural and decorative objects.

Cultivating Culture: 34 Institutions that Changed New York at the Museum of the City of New York (until 9 February 2020) celebrates the museums, gardens, theatres and other institutions across the five boroughs that helped cement New York as the cultural capital of the US. New York “invests more in culture than any other US city—even more than the National Endowment for the Arts spends for the entire country each year”, the director and president of the museum, Whitney Donhauser, says in a statement. The exhibition features vintage and recent photographs of New York institutions and New Yorkers, as well as ephemera, some of which have never been shown, such as the ticket to the museum's opening night in 1861 and the 1870 charter of The Metropolitan Museum of Art, which calls for a “museum and library of art”. The show focuses on the establishments supported by New York's Cultural Institutions Group, which is celebrating its 150th birthday.