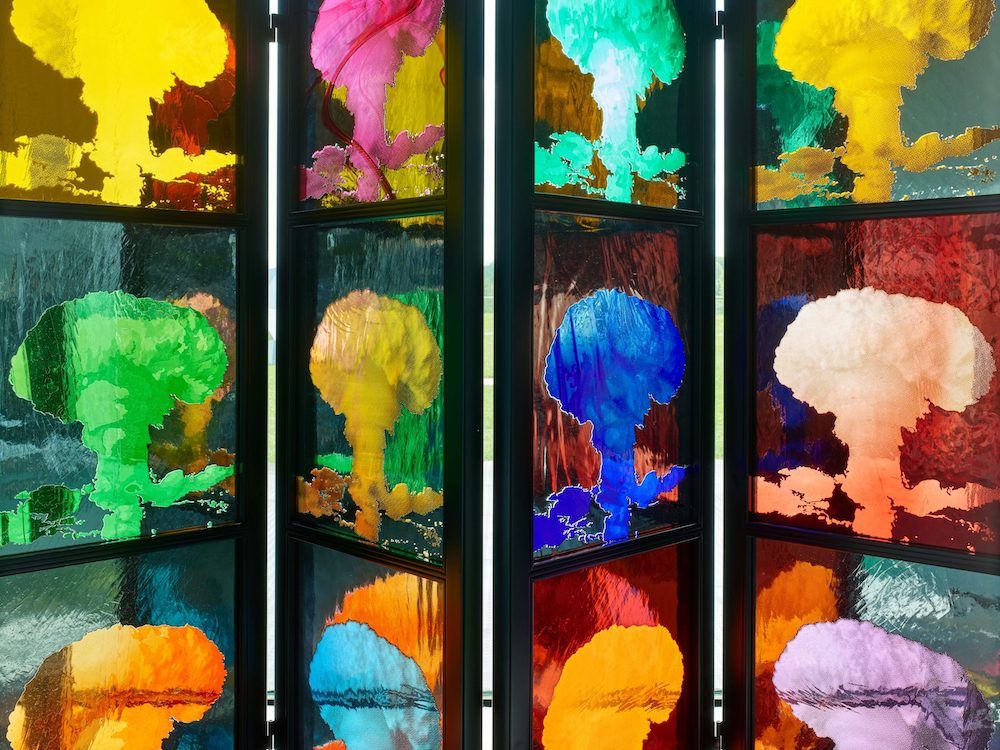 Brian Clarke: The Art of Light at the Museum of Arts and Design (until 21 February 2021) brings together more than 100 stained glass works and drawings by the British artist, who since the 1970s has subverted the notion of stained glass as a religious art. The stained glass screens in the exhibition create an immersive environment that is symbiotic with the natural lighting of the museum, casting a flood of exuberant colours throughout the space. Clarke, a leading figure in the stained glass medium, who has created some of the largest stained glass pieces in the world, says his work focuses on botanical, cosmological and biographical elements, and that the screens “are a way of getting stained glass into the culture through the backdoor”, making the works a “portable” rather than architectural art relegated to churches or buildings. “Order and chaos have always played a big part not just in the way I work but in the way I live,” the artist says in an interview with the museum. “You can’t have the organic urgency of invention without disturbing some ordered matrix of some sort.”

Jean Dubuffet: Le cirque (until 24 October) At Pace Gallery presents a work comprising five large-scale black-and-white sculptures which create an immersive environment that the French artist referred to as an “undifferentiated universe” without beginning or end. The pieces were originally used in the sculpture Eléments d’architecture contorsionniste (1969) and reconfigured to create a space “consisting of mental elaborations and subsequently a new kind of architecture [...] made from allusions and evocations and belonging to the mental rather than the physical register”, the artist said. Dubuffet created the original model for Le cirque after his second solo exhibition with Pace in New York in 1970, where he debuted a series of similar sculptures called Simulacres. The undulating forms create an alternate universe, akin to the artist’s phantasmagorical paintings.

Dan Herschlein: Dweller at JTT Gallery (until 17 October) opts to heap on the horror in this most terrifying time. Herschlein’s wall reliefs, made from an alchemical mixture of joint compounds, putties, plasters and other miscellany, render quasi-horror movie tropes in a narrative vacuum where only the singular, eerie moment is present. The tableau’s dip into the deep, dark well of horror cliches—a stranger’s touch, worms amidst flesh, a limb that juts out from an unknown source—but they’re rendered smartly, with a self-aware humor and empathy towards both the spooker and the spooked. Herschlein is concerned with what’s often called the narrative self or the ego self, which are the self-images that we create through cumulative experiences and which ultimately form our ideas of ourselves, frequently creating false distinctions between the self and others. In The Boneless One (all works 2020), a figure looks longingly against a window, his hand juts under the windowpane while another spectral hand comes from outside, ever so slightly overlaying their fingers. The slight touch of a mysterious otherworldliness; may we all be so lucky.