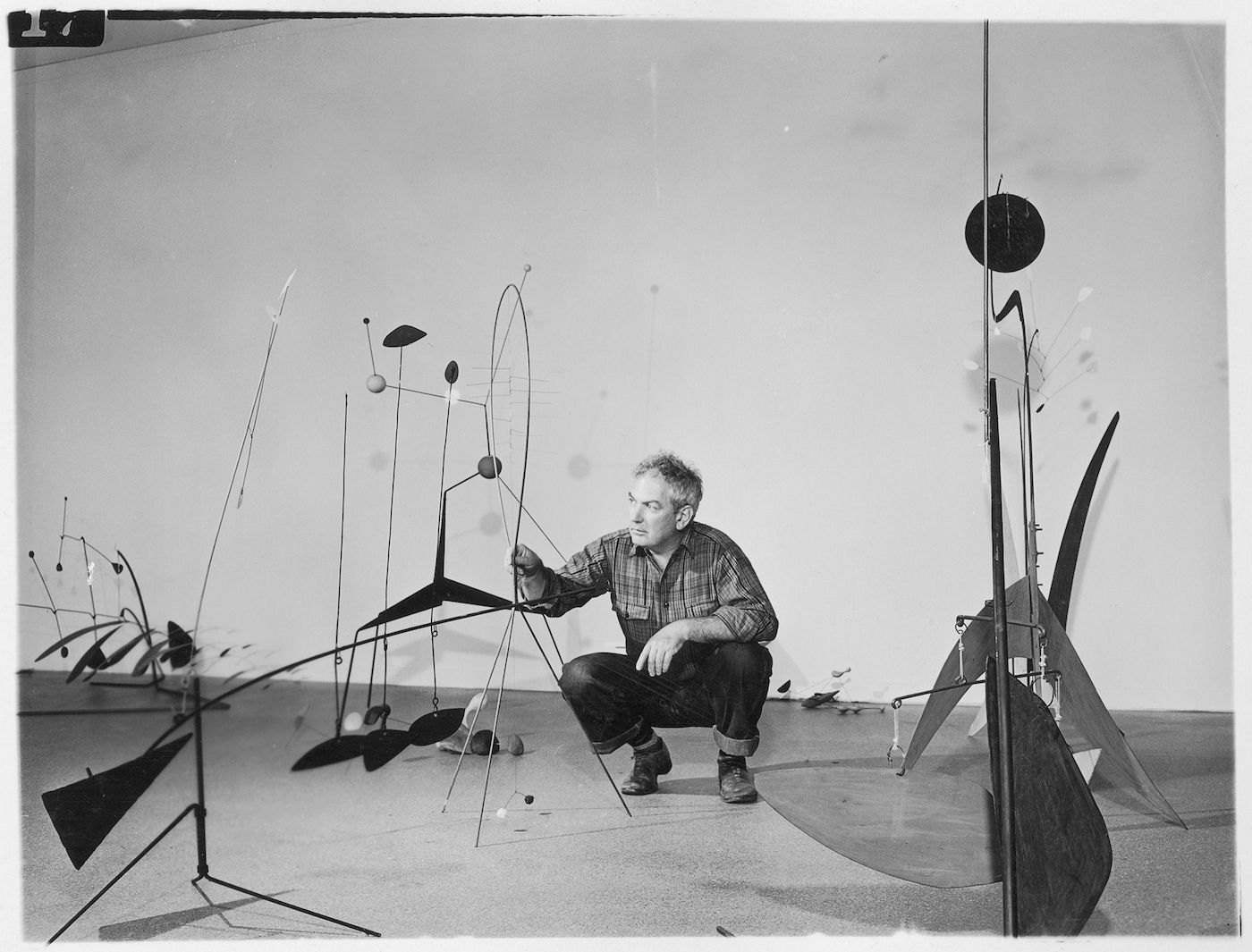 Alexander Calder: Modern from the Start

Until 7 August at the Museum of Modern Art, 11 West 53rd Street, Manhattan

Alexander Calder has a storied connection to the MoMA, where he was the “go-to artist, always eager to help and willing to do off-beat projects” in the museum’s foundational years, Alexander S.C. Rower, the artist’s grandson, previously told The Art Newspaper. This show, which extends from the sculpture garden to the third-floor galleries, provides a deep-dive into the making of an artist now indivisible from Modern and American art history. It includes works that were featured in early MoMA exhibitions, from Calder’s ethereal mobiles to rarely-seen wire and wooden sculptures like the endearing Cow (1928)—a carved wooden work that the museum’s founding director, Alfred H. Barr, said radiated a “considerable quality” and merited Calder, a then budding and “underestimated” artist, deeper consideration. 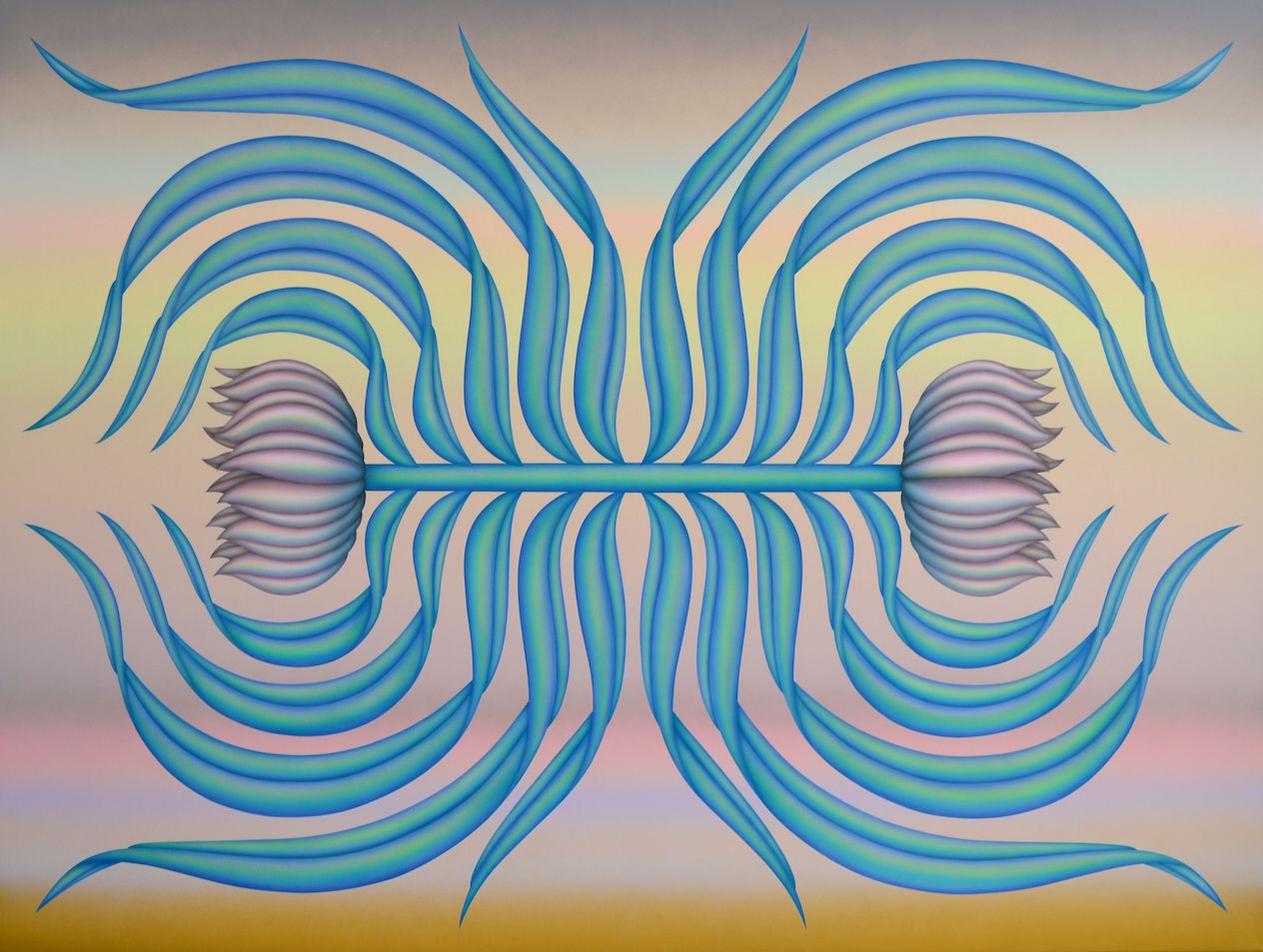 The Los Angeles-based artist’s first solo show in New York brings together eight rich, quasi-surrealist canvases—all carried out in 2021—that each show flora and fauna in improbable contortions, many dancing with a perfect symmetry. The result is a suite of psychedelic paintings, both organic and exacting in their construction, that invoke smartly modern William Morris compositions. Her articulation of depth and form strikes a balance with contemporaries like Loie Hollowell and Julie Curtiss; and like Curtiss, Greene also has a propensity towards painting extraordinary hair, though the hair works are not on view here. The title Splitting may refer to a number of hotspots, among them humanity’s split from nature (which is perhaps doubled in our splitting of the atom), the faultless split compositions of the paintings themselves, and the bifurcated ways in which the works arouse both a sense of whimsy and a sense of order. These contradictory tendencies—order and disorder—are baked heavily into these paintings, and as in the rhythms of life, each often arrives disguised as its opposite. The exhibition features the work of 13 artists—including Carrie Mae Weems, Hank Willis Thomas and Sara Cwynar, among others—that address how documentation, reportage and advertisement influence culture and our perception of the “truth”, and question whether record-keeping can ever be fully neutral. It includes artists from the Pictures Generation like Sarah Charlesworth, whose work Herald Tribune: November 1977 (1977; printed 2008) demonstrates how graphic structures underlie the presentation of the news, while Sadie Bernadette’s My Father's FBI File; Government Employees Installation (2017) comprises a series of manipulated government documents that highlight the overarching power of certain agencies in civilian lives. The show also aims to consider the ways in which museums are not neutral entities, and how institutions have formulated our perception of “good and bad” through record-keeping over time, an idea visualised in Lorna Simpson’s Flipside (1991).