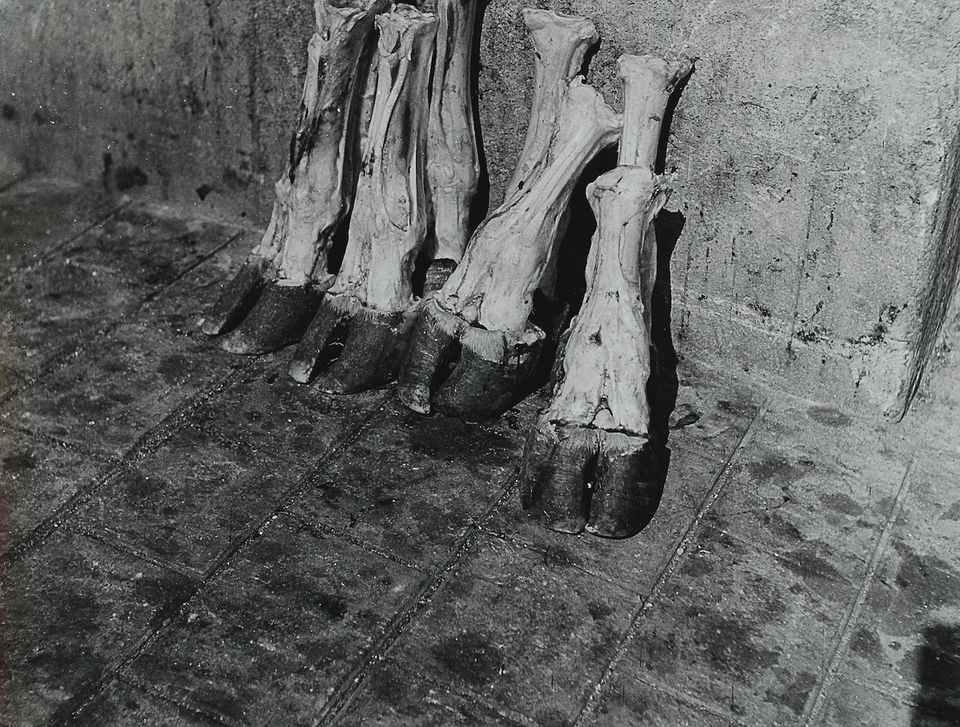 Opening this week at the Neue Galerie, an exhibition dedicated to Dora Kallmus—better known as Madame d’Ora, the pen name from which the exhibition takes its title—celebrates the work of the Austrian-Jewish photographer, who achieved major success in her lifetime for her portrayals of artistic figures in the fin de siècle. Kallmus, who began training with a Kodak box camera at 22-years-old, became known for her fashion editorials for designers such as Cristóbal Balenciaga and Madame Agnès, and for portraits of cultural luminaries like Gustav Klimt, Pablo Picasso and Colette. But the artist also captured poignant images—such as Severed cow’s legs in a Parisian abattoir (around 1954–57)—that conceptually evoke the climate in Europe after the Second World War, during which she had fled from Nazi persecution in the French countryside. The retrospective (until 8 June) marks the largest exhibition devoted to her work ever shown in the US.

Miró the Sculptor: Elements of Nature at Acquavella Galleries (until 29 February) brings together more than 20 Surrealist bronze sculptures that the Catalan artist produced between 1966 and 1975, beginning in the years when he first began to experiment with sculpture. Better remembered for his painting, the Spanish artist created more than 300 sculptures until his death in 1983 but played down his expertise, considering himself “an established painter but a young sculptor”, he told his friend, Alexander Calder, in 1977. Miró’s sculptures echo some of the most significant subjects in his paintings, which he called personnages, such as birds, women, heads and fantastical anthropomorphic beings. The gallery has been outfitted with murals of the Mallorcan seaside that also show Miró’s home in Mont-roig—the farmhouse where the artist spent his summers and lauded as the source of his artistic universe, which opened to the public as a museum last year.

One of two final exhibitions on view at the Met Breuer before the Metropolitan Museum of Art closes the outpost this summer, From Géricault to Rockburne: Selections from the Michael and Juliet Rubenstein Gift (until 29 March) brings together more than 50 exceptional paintings, watercolours and other works by artists such as Philip Guston, Eugène -Delacroix and Franz Kline. The works represent just a taste of the the more than 160 works gifted to the Met by the New York architect and philanthropist Michael Rubenstein and his late wife Juliet in celebration of the museum’s 150th anniversary this year. The show is titled after the earliest piece in the exhibition, a drawing by the French artist Théodore Géricault from around 1818, to the most recent, a wax-crayon drawing by the abstract painter Dorothea Rockburne, a close friend of the couple. Works from the gift will significantly benefit the museum’s Modern and Contemporary art programming, which the Met now plans to boost in its flagship building going forward.