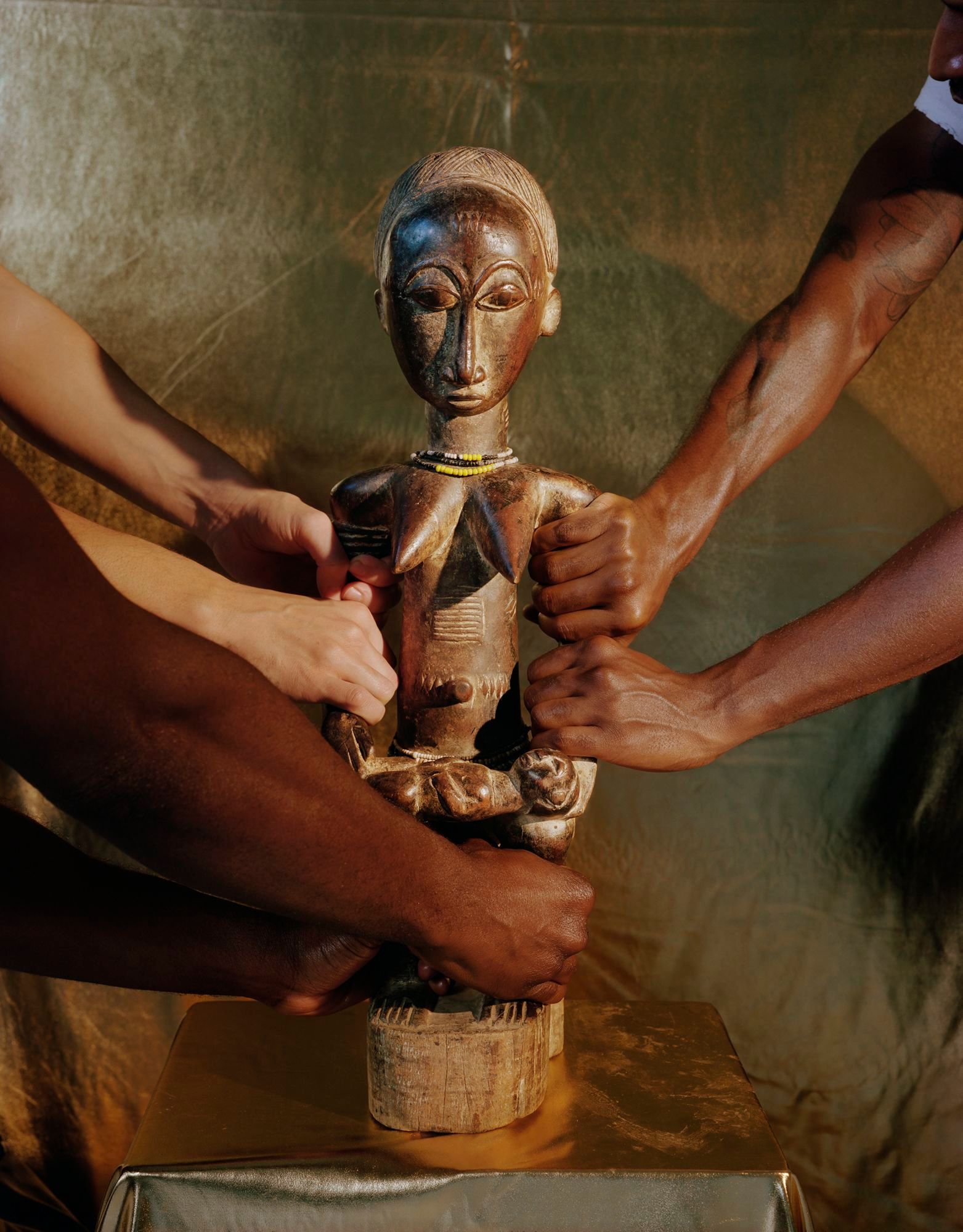 The Brooklyn-based artist John Edmonds has been awarded the inaugural UOVO Prize, granting him $25,000 and a solo exhibition at the Brooklyn Museum, titled A Sidelong Glance (until 8 August 2021). The award recognises the artist’s perceptive photographic and video works that centre on themes around queer identity and the Black diaspora, and also critique the ways colonialism has influenced the reception of African art in the US and Europe. Several photographs in the exhibition feature works pulled from the museum’s collection of African art, many which were donated in 2015 from the estate of the late Black novelist and critic Ralph Ellison. Beyond the museum exhibition, Edmonds has been commissioned to create a monolithic installation on the façade of UOVO’s new art storage in Brooklyn, which shows the artist’s photograph Whose Hands? (2019)—a work showing hands gripping a replica of Baule sculpture that addresses historically fraught concerns around the ownership and collection of African artefacts and cultural objects. 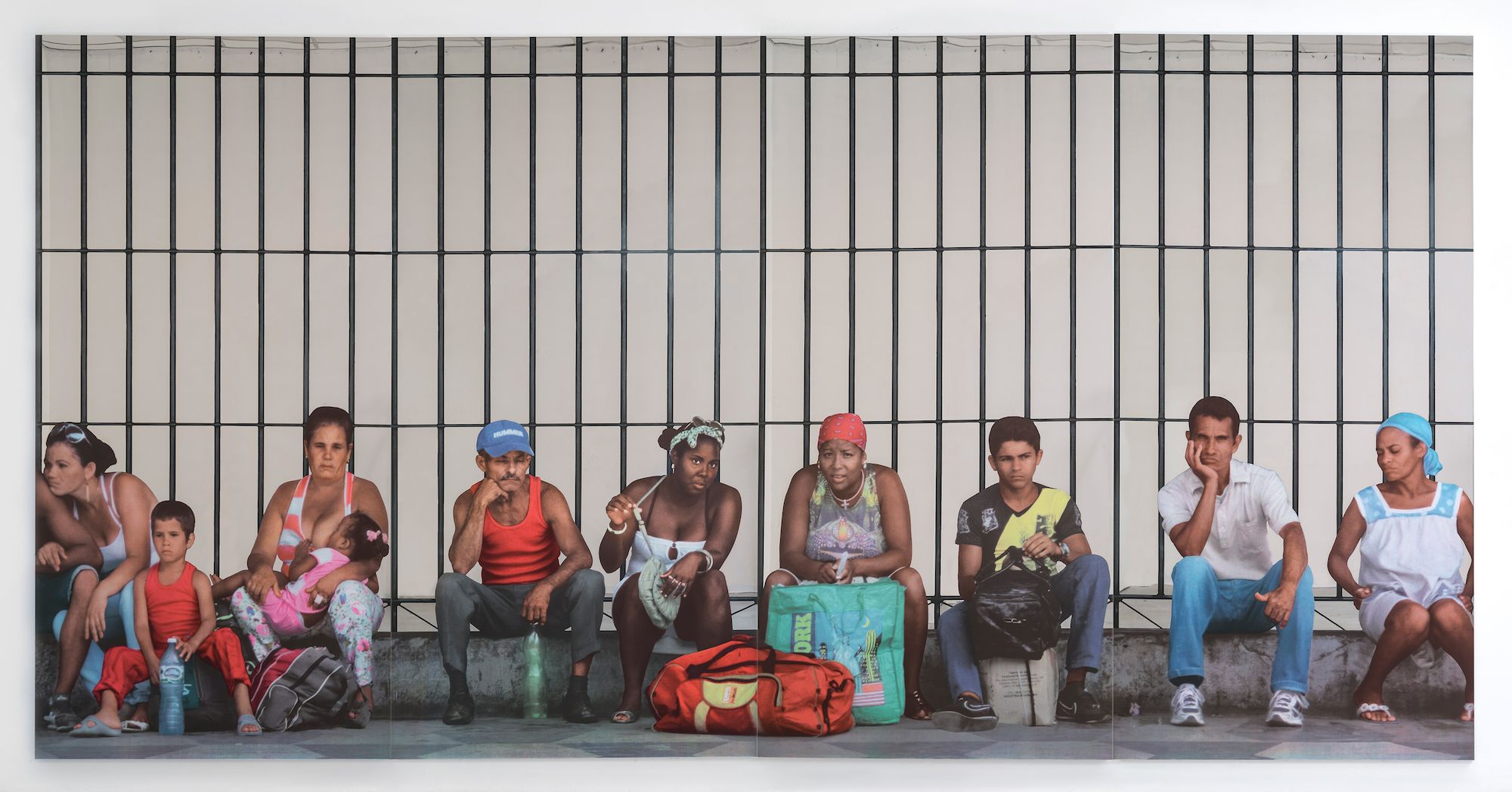 As part of the fourth annual Madison Avenue Gallery Walk this weekend, which will include a series of artist and curator talks and timed entry to several exhibitions in the area, Lévy Gorvy has partnered with Galleria Continua in San Gimignano to present a multi-level exhibition devoted to the Italian artist and art theorist Michelangelo Pistoletto, a pioneer of the Arte Povera movement. This exhibition includes historic installations as well as the artist’s iconic mirrored paintings, which he began making in the 1960s to shift the viewer’s perspective by including them within the work. Two floors of the gallery are dominated by installations that conceptually evoke the role of art in addressing social justice issues on the local and global level, while more concrete works like the mirrored painting La Habana, persone in attesa (2015)—a work Pistoletto was inspired to create after travelling to Cuba to participate in the 2015 XII Biennale of Havana—address other humanist ideals. 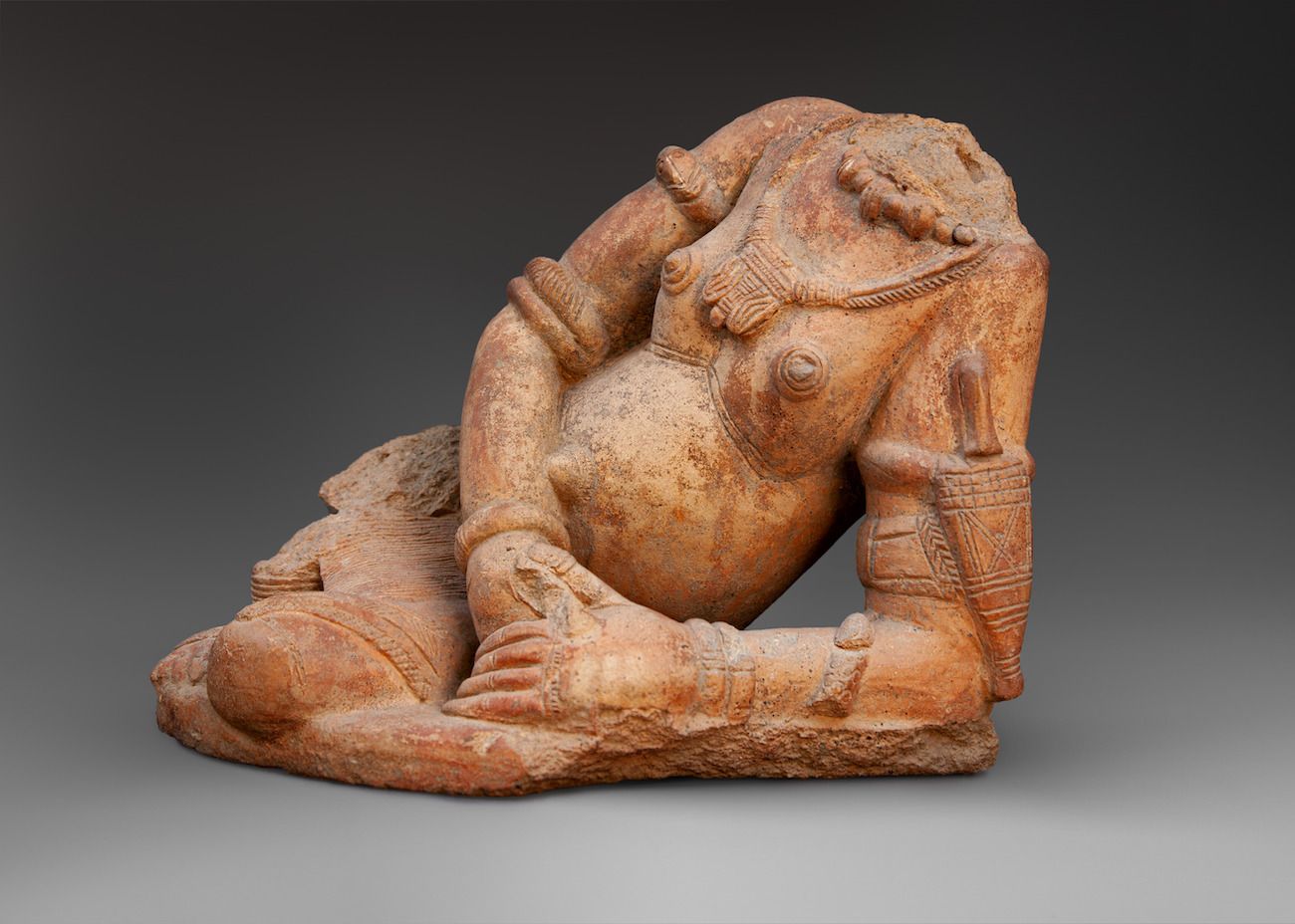 It’s the last weekend to see Sahel: Art and Empires on the Shores of the Sahara at the Metropolitan Museum of Art (until 26 October). The first exhibition to comprehensively focus on the cultural and artistic legacy of Africa’s western Sahel—the vast area spanning present-day Senegal, Mali, Mauritania and Niger—it brings together more than 200 works of art and artefacts that “have remained outside of the art world and artistic frame of reference”, says Alisa LaGamma, the curator in charge of the arts of Africa, Oceania and the Americas. The show includes important examples of textiles, ornaments, talismans, sculptures, manuscripts on astronomy and medicinal practices in Arabic and African languages, and other works that illuminate the complex spirituality of its inhabitants and watershed moments in the region, such as the arrival of Islam and French colonisation. The show is the first instalment of a long-term research programme at the museum aimed at foregrounding historic artistic movements in sub-Saharan Africa.