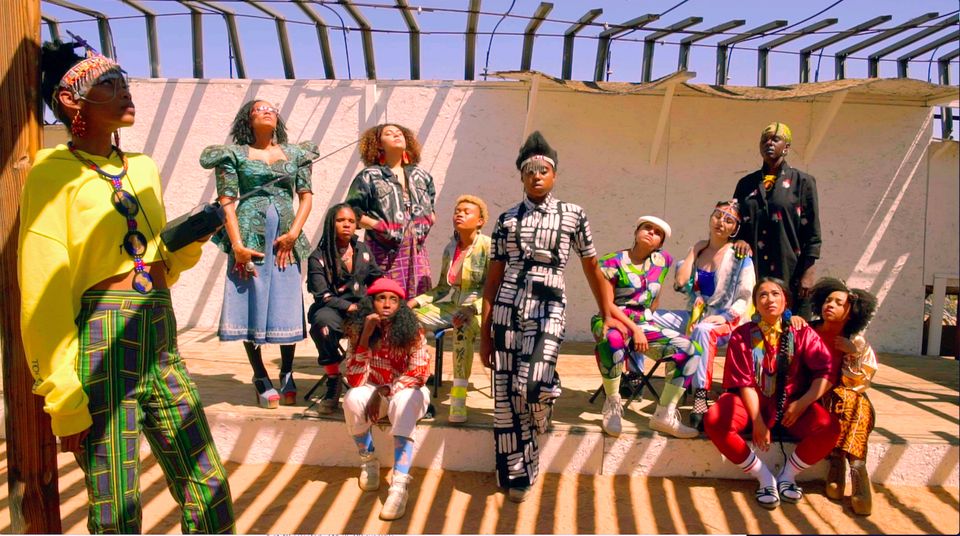 Cauleen Smith: Mutualities at the Whitney Museum of American Art (until 17 May) presents two films and a series of new drawings by the African-American artist that “reimagine black cultural and spiritual history”, says the chief curator, Scott Rothkopf. The poignant 16mm film Pilgrim (2017) and the psychedelic film Sojourner (2018) both symbolically reference the life and ideologies of the musician and spiritual leader Alice Coltrane and other black leaders, and reflect on ideas of feminism and self-realisation. The latter work, a visual feat, shows a group of vibrantly adorned women walking in procession through the California desert and culminates with a reading of the manifesto of the Combahee River Collective, a black feminist group formed in the 1970s. The films recently entered the museum’s permanent collection.

Petzel Gallery inaugurates its expanded Upper East Side space this week with the exhibition Rodney McMillian: Recirculating Goods (until 2 May). It brings together a suite of spirited mixed-media paintings that visually evoke undulating North American landscapes and conceptually reflect on the fraught politics—or the “abject history of turmoil”, as the artist describes it—behind the superficial grandeur of traditional American landscape paintings. McMillian made the works, which hang asymmetrically throughout the space, by hand-stitching repurposed slivers of cloth and paint he found at non-profit thrift stores. The show marks the Los Angeles-based artist’s first solo exhibition in New York since his concurrent shows at MoMA PS1 and the Studio Museum in Harlem in 2016.

It is the last weekend to catch Making Marvels: Science and Splendor at the Courts of Europe at The Metropolitan Museum of Art, which closes 1 March. The exhibition includes around 170 striking and intricately crafted objects—some that are being shown in the US for the first time—that were commissioned and collected by European royal courts during the 16th to the 18th century. The works—ranging from precious metalworks, Kunstkammer objects, finely carved ivory sculptures, princely tools and self-moving clocks that chart the constellations—intersect art, science, technology, decoration and entertainment. The show explores the royal courts’ widespread fascination the sense of status that these opulent objects conveyed, and also reveals the lavish spending that formed monarchical collections.