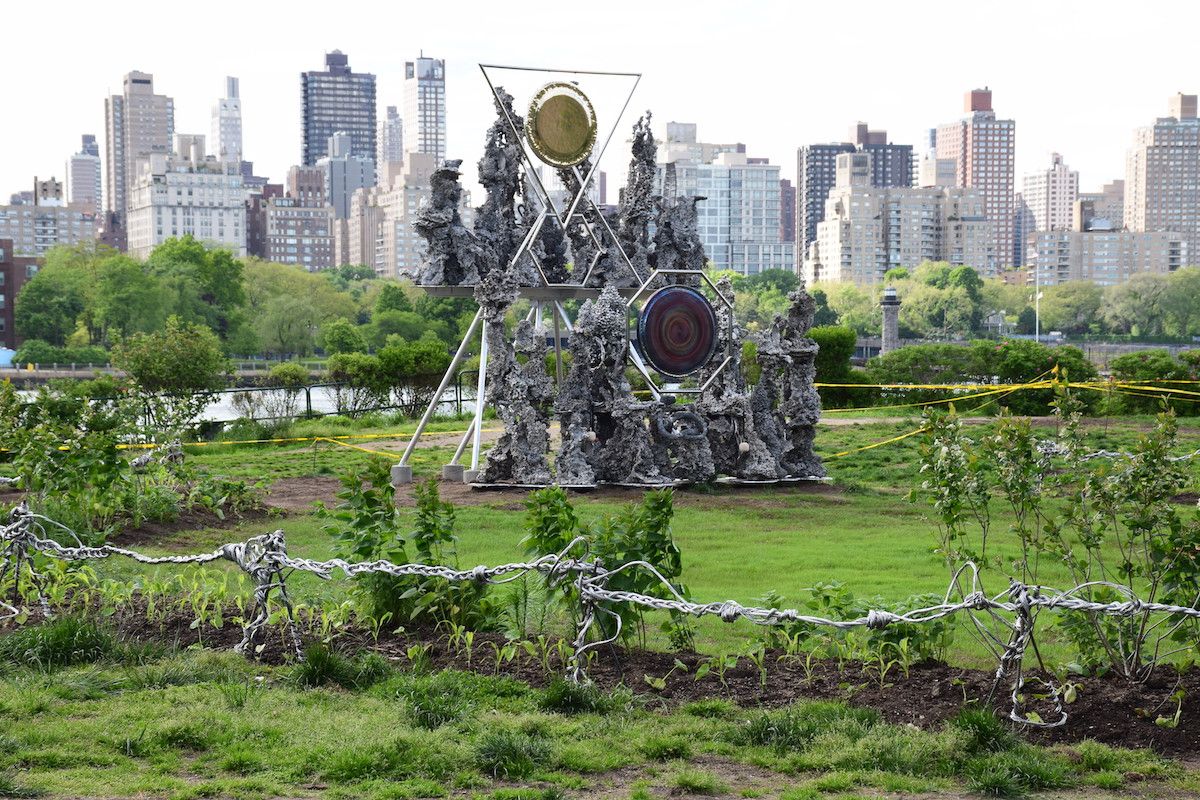 The latest presentation at Socrates Sculpture Park is by the Brooklyn-based Salvadoran artist Guadalupe Maravilla, addressing themes of migration, illness and holistic medicine, a subject the artist also explored in his recent show at PPOW in Tribeca. There are a series of installations across the five-acre park evoking ancestral knowledge, Mesoamerican symbolism, and botanical and sonic elements modelled after Indigenous cleansing and healing instruments. The large-scale sculpture Disease Throwers (#13, #14) (2021) extend the artist’s series of vessels resembling shrines that are activated during in-person "sound bath" ceremonies. Through the duration of the show, the artist will hold several such free communal sound baths at the park, which he believes “helps balance emotional, psychological, and sometimes physical pain”, and were a crucial element of his own recovery from cancer. 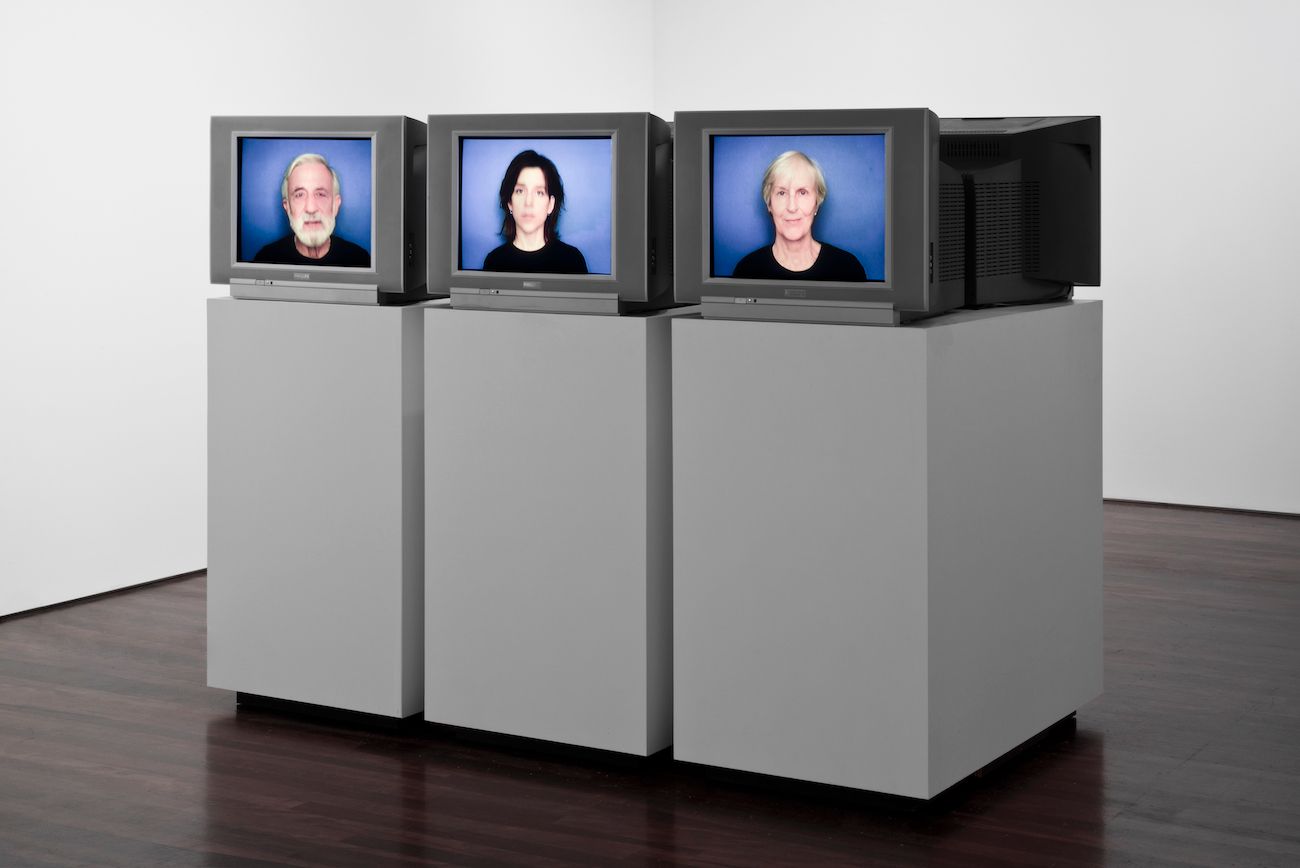 The interdisciplinary artist Nina Katchadourian, who is known for her poetic and poignant use of humour, is the subject of a small survey in which four major projects are on view, alongside a number of works on paper. For Accent Elimination (2005)—a six-channel video piece that was part of the Golden Lion-winning Armenian Pavillion at the 2015 Venice Biennale—Katchadourian, who was born in Northern California, hired a professional accent coach to teach her to speak with the respective accents of her foreign-born parents. Her Armenian father and Finnish-Swedish mother were in turn instructed in how to speak in what is referred to as a “standard American accent”. Katchadourian’s parents each wrote a script, and the work culminates in all three family members attempting to read the scripts together in their new intonations. What makes the piece succeed is their failure; each family member’s inability to perfect one another’s accents point to the often unsuccessful attempts at interpersonal connections and understandings that dog our entire lives, and the extent to which we are inescapably stuck as ourselves. Katchadourian’s work so often articulates this longing for connection and the affecting, clumsy gap between our desires and reality, and she consistently points out the absurd folly of it all. 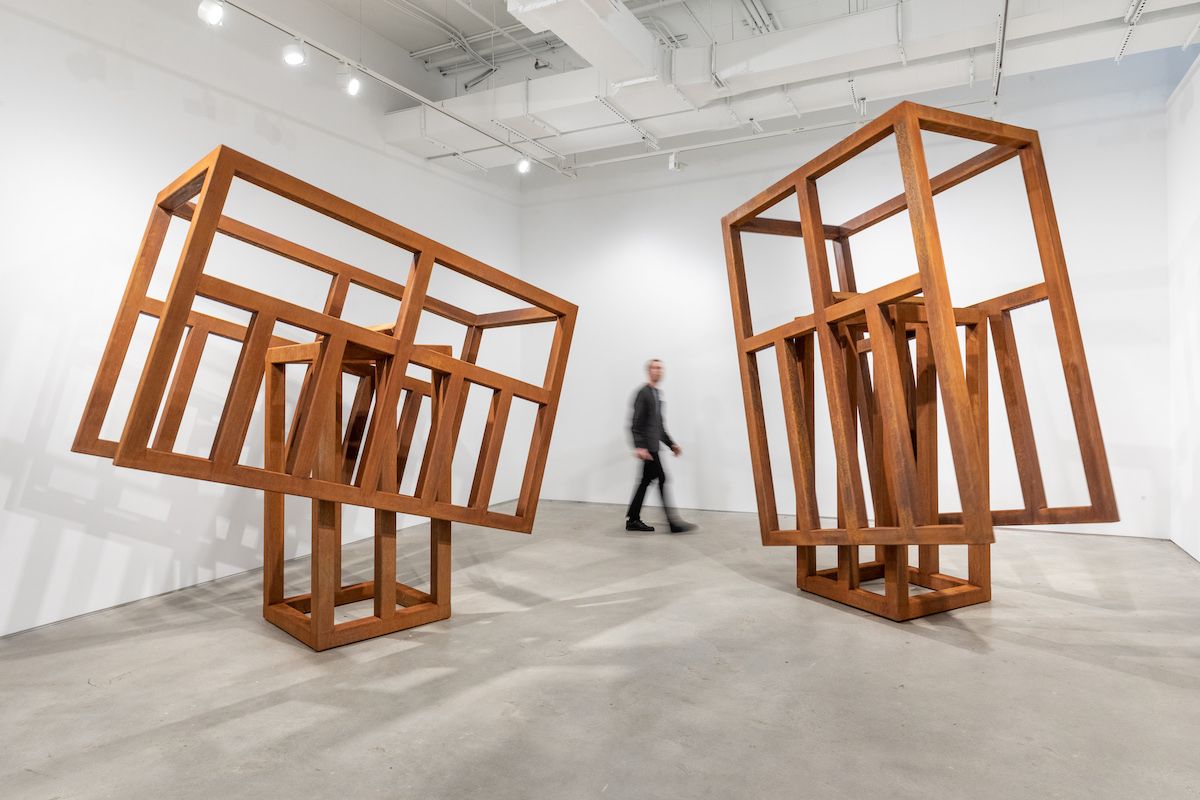 The Brazilian artist Raul Mourão presents a series large-scale mobile sculptures that appear static but rapidly see-saw when activated by the viewer (or the gallery attendant). The corten steel works are part of a series entitled Rebel (2020) that were inspired by the grids used to divide private and public spaces in Rio de Janeiro, where the artist lives and works. The pieces appear to swing weightlessly in the air despite weighing more than one ton each. Mourão designed the series—which he prefers to call interactive objects, rather than kinetic sculptures—during lockdown. Its title derives from a historical music venue in Rio de Janeiro named Audio Rebel that serves as a hub for the community but has faced financial disruption due to the coronavirus pandemic. The artist is in the process of producing and directing a documentary about the history of the space and its significance as a place for solidarity and civic engagement, themes that parallel his own work.