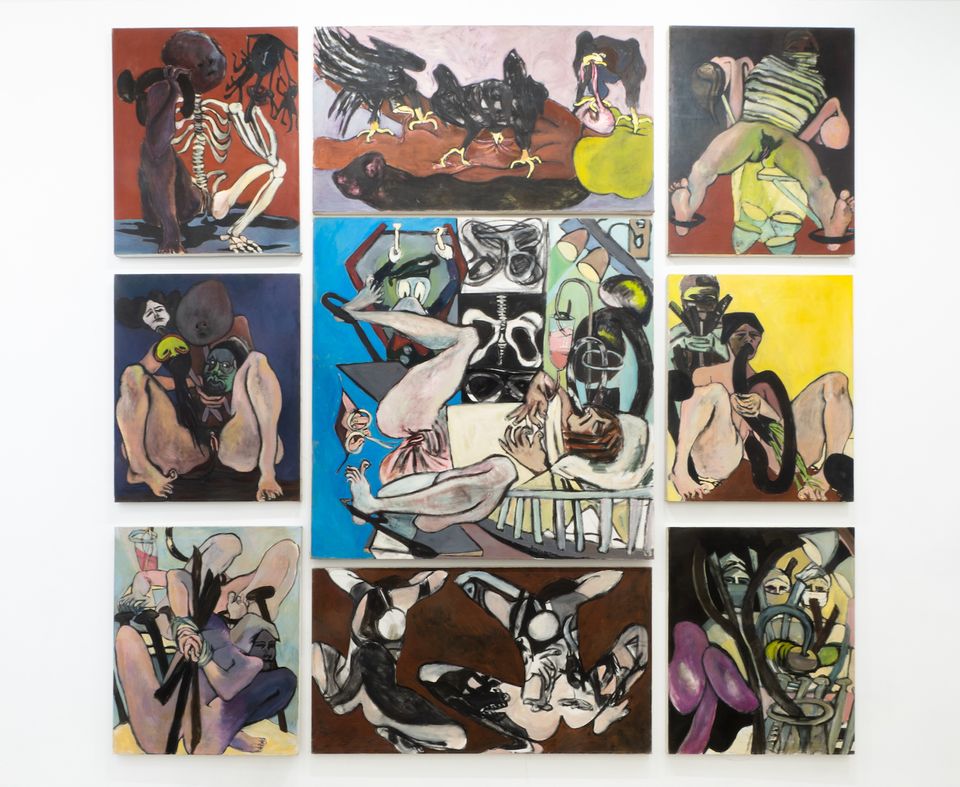 Installation view of Juanita McNeely's Is It Real? Yes It Is (1969) James Fuentes

Sahel: Art and Empires on the Shores of the Sahara at the Metropolitan Museum of Art (until 10 May 2020) is the first exhibition to comprehensively focus on the cultural and artistic legacy of Africa’s western Sahel—the vast area spanning present-day Senegal, Mali, Mauritania and Niger. The remarkable show brings together more than 200 works of art and artefacts that “have remained outside of the art world and artistic frame of reference”, the curator in charge of the arts of Africa, Oceania and the Americas, Alisa LaGamma, said at a preview event. The show includes important examples of textiles, ornaments, talismans, sculptures, manuscripts on astronomy and medicinal practices in Arabic and African languages and other works that shed light on watershed moments in the region, such as the arrival of Islam and French colonisation as well as the complex spirituality of its inhabitants. There are important loans of objects that are being shown in the US for the first time, including pieces from the Institut Fondamental d'Afrique Noire Cheikh Anta Diop in Dakar and the Mamma Haidara Memorial Library in Mali. The show is an installment of a long-term research programme at the museum aimed at foregrounding historic artistic movements in sub-Saharan Africa.

Alfred Jarry: the Carnival of Being at the Morgan Library and Museum (until 10 May) explores the iconoclastic works and influence of the French Symbolist writer on Modernist movements such as Surrealism and Dada, and considers the artists and works of art that inspired him. The show—the first US museum exhibition to focus on the writer—brings together more than 100 works, including manuscripts, paintings, drawings, photographs and books by Jarry and his contemporaries, such as Paul Gauguin, Henri Rousseau, Joan Miró and Max Ernst. Although Jarry derided the use of language to describe visual art, highlights of the show include three poems he wrote in response to a show of Gauguin’s erotic Tahiti-era paintings in Paris in 1893, as well as his exalting critique of Rousseau’s seminal painting La Guerre (1894). “With legs outstretched the horror-struck steed stretches its neck with its dancer’s head, black leaves inhabit the mauve clouds, and bits of debris fall like pine cones among the translucent corpses of axolotls attacked by bright-beaked crows”, Jarry wrote of the painting (which is included in the show) in 1894. The exhibition is accompanied by a series of readings, performances and symposiums, including a “Surrealist soiree” on 7 February where visitors can take part in “exquisite corpse”, a drawing parlour game thought to have been invented in the mid-1920s by André Breton, Jacques Prévert, Marcel Duchamp and Yves Tanguy.

Juanita McNeely at James Fuentes Gallery (until 1 March) presents two multi-panel works by the octogenarian American painter, a central figure in the development of the feminist art movement of the 1960s. The artist amalgamates erotic and violent elements in these abstract figurative works. The nine-panel painting Is It Real? Yes, It Is! (1969) addresses an abortion she underwent at a time when the procedure was illegal in most US states; the panoramic 13-panel Triskaidekaptych (1986)—which, according to the gallerist, James Fuentes, was intentionally installed low to the ground to give an intimate view of the details in its tantalising narrative—deals with the physical and mental turmoil she endured following a spinal cord injury in the 1980s that left her disabled. In a 2011 interview with Women’s Art Journal, the artist says her images serve to “illuminate the act of living, the facing of death and, in between, the emotion and movement of life’s journey”. Addressing issues such as sexism and her lifelong series of health problems—including being given three to six months to live after a cancer diagnosis in her first year of university—McNeely paints “things are not necessarily pleasant”, as the artist puts it. The show is her first solo exhibition with the gallery and was organised in collaboration with Mitchell Algus, a long-time representative of the artist.