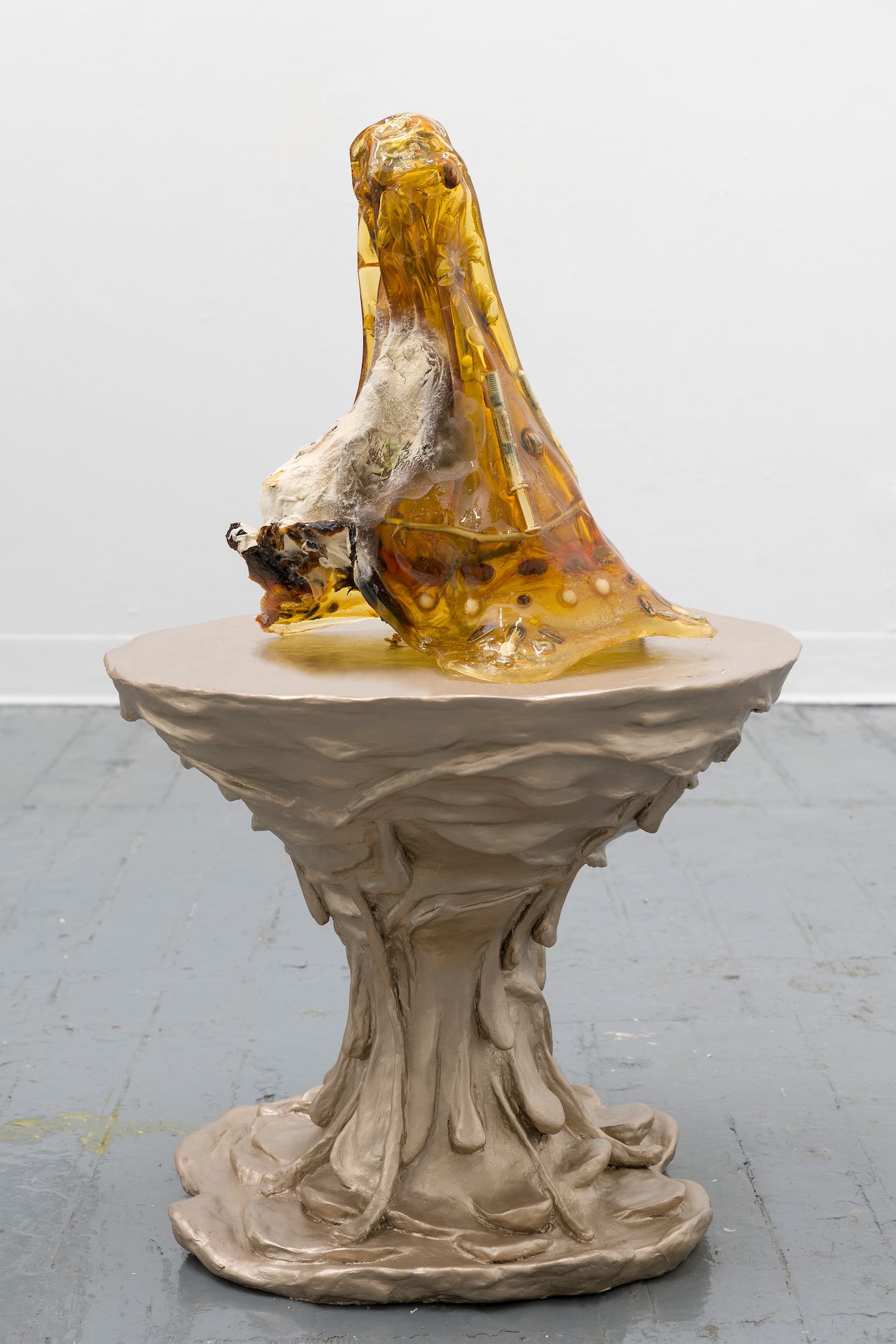 The exhibition Around Day’s End: Downtown New York, 1970–1986 at the Whitney Museum of American Art (until 25 October) anticipates the completion of the major commission Day’s End by the New York-based artist David Hammons this fall, which reimagines Gordon Matta-Clark’s work by the same name. Matta-Clark illegally entered an abandoned shipping warehouse at Pier 52 in 1975 and carved cavernous holes into the walls, ceiling and floor of the space, transforming the building into what he called a “temple to sun and water”. Hammons’s ode to this seminal work, which was demolished a few years after it was finished and only survives in archival photographs, builds on Matta-Clark’s critique of the privatisation of downtown neighbourhoods, which disproportionately displaced minority communities in the city. The show includes Hammons’a original 2014 sketch for the commission, which will sit across from the museum at Hudson River Park, as well as archival materials documenting pieces by other artists who produced works in the meatpacking district and West Side Piers, like Robert Morris and Richard Serra.

It’s the last week to see Sharona Franklin: New Psychedelia of Industrial Healing at King’s Leap in China Town (until 6 September). The Canadian artist is best-known for her decomposing gelatin sculptures, especially those containing medical ephemera, which reference her own lifelong battles with health ailments. Her works also point to Buddhist philosophies on transience as well as the implication of women becoming dependent “cogs” in the historically male-dominated biopharmaceutical world. The centrepiece of the exhibition—called Mycoplasma Altar (2020)—was installed at the end of February and has naturally decomposed over the six months the gallery was closed due to the global health crisis, partially seeping from its preservative encasing and transforming into an elevated, phantasmal version of itself. Within the piece the artist has baked a myriad of symbolic materials like foraged flowers and medical “survival tools”, such as glass syringes and medications like Amoxicillin and Hydroxychloriquine.

The group exhibition How Did You Get This? The Spaces We Inhabit at Welancora Gallery (until 13 September) explores black identity and interiority. The gallery’s location in a 19th-century brownstone in the Bed-Stuy neighbourhood of Brooklyn is an apt backdrop for the intimate photographs, ephemera and installations presented by the artists Zalika Azim, Elliott Jerome Brown, Jr., Colette Veasey-Cullors, Melvin Harper, Daonne Huff, Anders Jones and Deborah Willis. Among the highlights of the show, which has been curated by Damien Davis and Ivy Jones, are a series of photographs by Veasey-Cullors of rooms shot through peep holes, Brown’s up-close and yet softly subtle portraits and the remnants of a performance by Huff that has left ghostly lipstick kisses on a mirror next to a half-empty Windex bottle while the artist’s disembodied voice reads poetry on a recorded loop.