Three exhibitions to see in Paris this weekend

The best shows to see outside of Fiac, from a literary contextualisation of Francis Bacon to Kiki Smith's coin collection 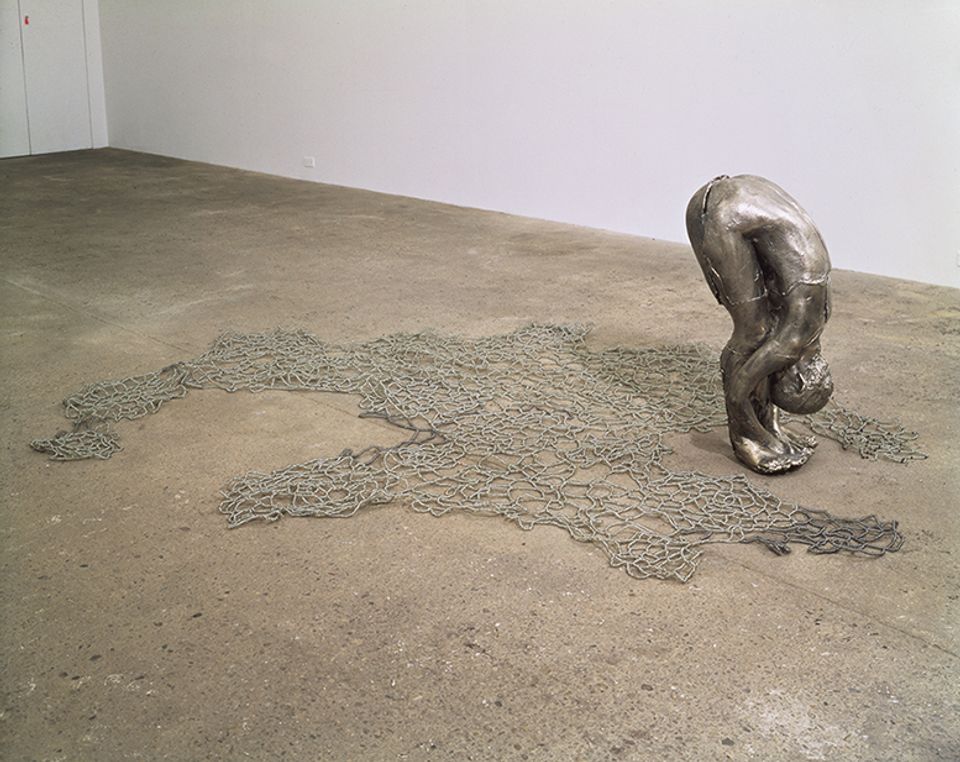 Seeing Francis Bacon's three so-called Black Triptychs—which were painted after his lover George Dyer died in 1971—gathered in one place is reason itself to head to the Centre Pompidou for Bacon: Books and Painting (until 20 January 2020; €14, concessions available). It can be difficult to find a new angle on an established, epochal artist but the show's curators present a significant thesis. Successfully re-contextualising Bacon’s works in a new way, it focuses on his “post-Pope” period from 1971 until 1992 when the artist died. “[During that period] his painting style was marked by its simplification and intensification. His colours acquired new depth, drawn from a unique chromatic register of yellow, pink and saturated orange,” a gallery statement says. The show contains six enclosures, each dedicated to different authors—Aeschylus, Friedrich Nietzsche, Georges Bataille, Michel Leiris, Joseph Conrad and T.S. Eliot— who all fuelled Bacon’s vision, shaping his (arguably) amoral vision of the world.

Who knew that Kiki Smith has a personal collection of coins and pre-colonial currency? This major show of works by the US artist at the 11 Conti Museum at the Monnaie de Paris's (until 9 February 2020; €14, concessions available) includes French coins selected from the collection of the nation's historic centre of currency production. Numismatics aside, Camille Morineau, the venue’s director of exhibitions, explains why the show matters, saying: “The exhibition, the first of this scale in France, is made up of dialogues and encounters rather than thematically or chronologically organised. All the periods are represented, from the historical works of the 1980s to those [pieces] produced for this occasion (Sungrazers VII, VIII, and IX, 2019).” Among the 94 works on show is a figure of a fallen Jesus, made from casting a neighbour’s body. Alongside this features the bronze and wood sculpture Pyre Woman Kneeling (2002), which shows a woman burnt at the stake. This work is especially poignant when considering, as Smith says, that “there are very few memorials to the murder of women”.

Curators at the Palais de Tokyo have performed an important service for the French art scene in Future, Former, Fugitiv: A French Scene (until 5 January; €14, concessions available). Shining a light on artists born and based in France alongside its diaspora, the show brings together 44 recognisable art world names and lesser known figures born between the 1930s and the 1990s. The exhibition is also particular in the sense that "it brings together a large number of artists with atypical trajectories, which are non-linear or up-and-down, and who sometimes root themselves or thrive far from the art world,” say the exhibition's curators. The different practices explored and presented by artists make for fascinating viewing; works by the Marseille-based Linda Sanchez, Sarah Tritz and Julien Carreyn are a highlight while satirical drawings by Alain Séchas reflecting on current events raise a smile.