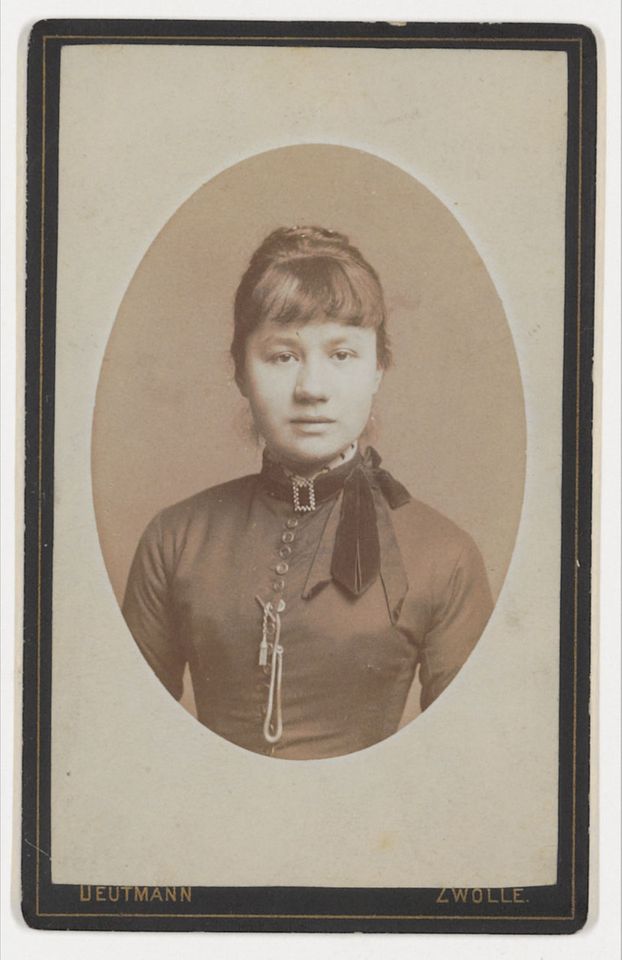 Vincent van Gogh’s sister-in-law Jo Bonger led a colourful life, including an encounter with Leon Trotsky in New York at the time of Russian Revolution. Although best known as a tireless promoter of Vincent’s art, she was also a progressive feminist. The first biography of Jo van Gogh-Bonger (1862-1925), revealing the full story of her astonishing life, will be launched this afternoon in Amsterdam.

Jo Bonger and her son Vincent (named after the artist) were visiting New York in 1917, around the time the tsar Nicholas II was deposed. Trotsky was also in New York and she attended a meeting at which he called for the overthrow of capitalism in Russia. Bonger was then involved with the women’s rights movement in the Dutch Social Democratic Workers’ Party. As for Trotsky, after collaborating with Lenin to establish a communist government, he would later be brutally assassinated by a Stalinist agent, who broke his skull with an ice axe.

All this is captured in Everything for Vincent: The Life of Jo van Gogh-Bonger, by Hans Luijten, a senior researcher at the Van Gogh Museum. His 620-page book, published in Dutch and due to be available in English next year, will be the definitive biography. “Bonger was a force to be reckoned with and we are now able to tell her life story in great detail,” Luijten says.

At the age of 20, Bonger had stayed for two months in London, where she studied in the reading room of the British Museum and improved her English. By a curious coincidence, she visited the Dulwich Picture Gallery in August 1883, almost 10 years to the day after Vincent, who in 1873 had been working as an art dealer in London. Both signed the visitors’ book, but in 1883 they had not yet met.

In 1889 Bonger married Vincent's brother Theo van Gogh and they set up home in Paris. Vincent shot himself in July 1890 and Theo tragically developed syphilis, dying in January 1891. From then on Bonger became a tireless promoter of Vincent’s art. She organised his major retrospective in Amsterdam in 1905 and with nearly 500 paintings and drawings, it remains the largest exhibition ever held of his work. During her lifetime she sold nearly 250 of his paintings and drawings, ensuring that they were carefully dispersed to raise his stature. She also published his letters, which have been invaluable for Van Gogh scholarship. The rest of the family collection passed to her son Vincent and in 1973 it formed the basis of the Van Gogh Museum.

Bonger saw the Van Gogh brothers through the eyes of her favourite writer, George Eliot. “In their death they were not divided” was a Biblical phrase taken up in Eliot’s The Mill on the Floss. This is how she wanted Theo and Vincent to be remembered.

She even arranged for the brothers' bodies to lie beside each other. Her beloved Theo had been buried in Utrecht, after an agonising death. But in 1914 she got his remains exhumed and brought to Auvers-sur-Oise, north-west of Paris, where Vincent had been laid to rest after his suicide. Ivy, one of Vincent’s favourite plants, was grown on their adjacent graves to cover and protect them like a blanket. As Bonger wrote, “they rest side by side in the little cemetery amid the wheatfields”.

Luijten pays tribute to Bonger: “As the guardian of Vincent’s legacy, she was the foundation on which the eventual Van Gogh cult was built.”