When nothing is sacred, nothing can be subversive: photographs of London’s Soho captured in catalogue 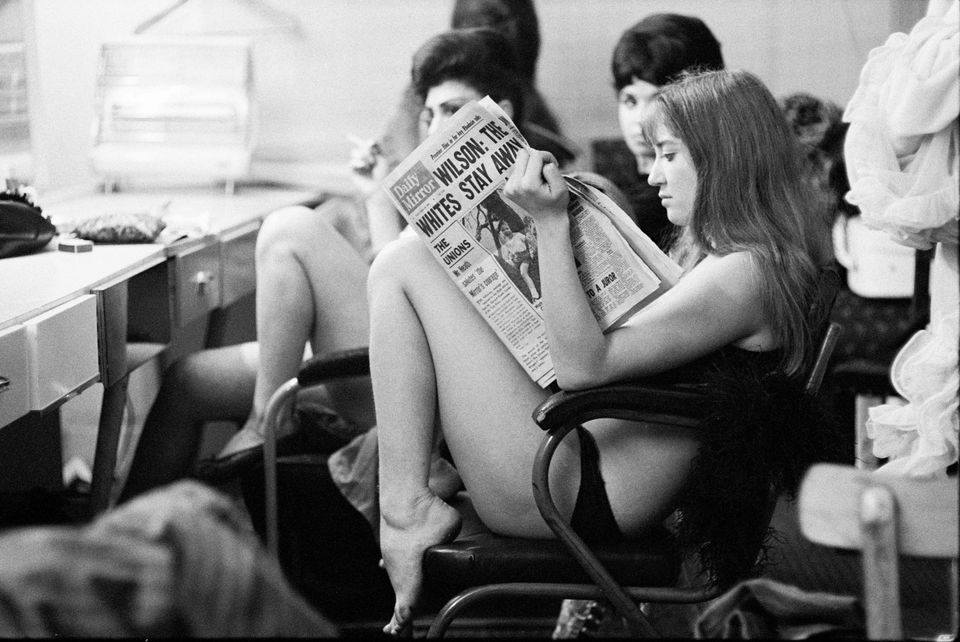 The London district of Soho, a tract bordered by the massive retail strip of Oxford Street on the north and the theatre area of Shaftesbury Avenue on the south, is defined east and west by Charing Cross Road and Regent Street. Soho today is a mass tourist trap of restaurants and cafes with a pockmarked veneer of its glory days of sleaze in the mid-20th century. Famous then as the metropolitan hub of a grimy subculture infamous for sex, criminality, perversity, transgression and eccentricity, to name but a few of its hallmarks, this book is a photographic tribute to Soho’s various subversive activities and their sites. John Goldblatt’s 1968 untitled photograph of the strippers’ dressing room (above) is quaint by today’s hard-core diet. Most of the pictures are in nostalgic black and white, indicative of a vanished past. A combination of historic and contemporary work by the photographers Kelvin Brodie, Clancy Gebler Davies, Corinne Day, William Klein and Andres Petersen, along with photographs, commissioned by the Photographers’ Gallery, by Daragh Soden for the exhibition which this book accompanied last year, are presented in discrete chapters headed by short texts outlining Soho’s social history. As there are no longer any broadly accepted ethical standards in English society, Soho’s raison d’être has vanished and has been replaced by gross commercialisation and commodification. Ichabod? It all depends on your point of view.