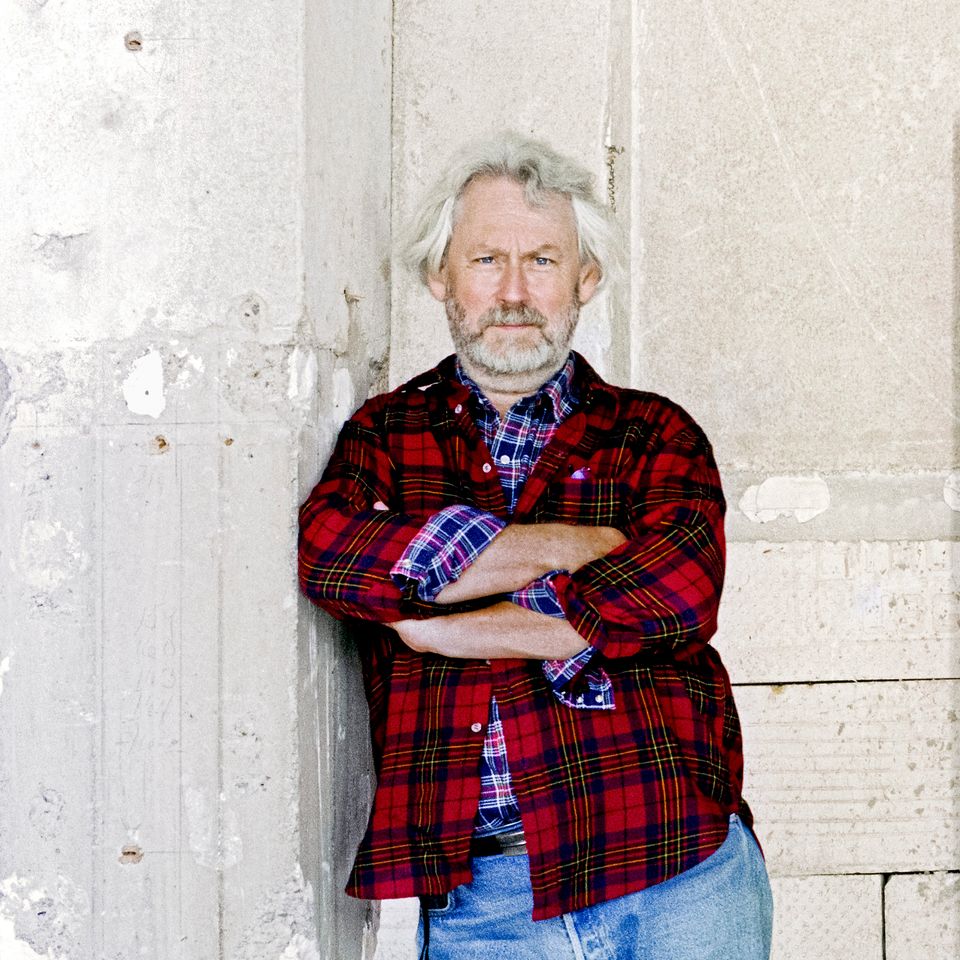 Donald Judd wanted to keep his work as disconnected as possible from Modern art’s past and from everything topical—even human reference. He also defied the critical formalism that Clement Greenberg and his imitators voiced in the 1950 and 60s, purporting to discern chains of creative influence spilling through the historical tumult of modernism. Visitors to Judd, the Museum of Modern Art’s career survey, who saw it—as I did—before the Covid-19 pandemic captured the news and nerves of the world, will have gained a keen sense of the artist’s lucid, resistant temperament. Those who see the show only after the museum reopens following its precautionary closure (at least until 30 March) will likely leave with a very different impression.

Ripples of anxiety lingering from the pandemic may swamp for years to come the head-clearing aesthetic encounters that Judd tried to contrive. “My experience,” the philosopher and psychologist William James wrote, “is what I agree to attend to.” Easy agreement requires a relaxation that far fewer people may bring to the New York show following the global public health crisis.

“Despite his efforts,” James Meyer notes in the show’s catalogue, “Judd’s metal works came to represent one of the most trenchant and lasting of ‘Minimalist’ putdowns—boredom.” Will the ongoing calamity even leave people calm enough to await boredom? In any case, boredom is symptomatic of the very scant, habit-bound scrutiny that the artist rebuked in his work and his prolific published writings. The jacked-up speed of current cultural consumption has made the challenges his work presents more urgent than ever. Hence the MoMA exhibition’s importance. 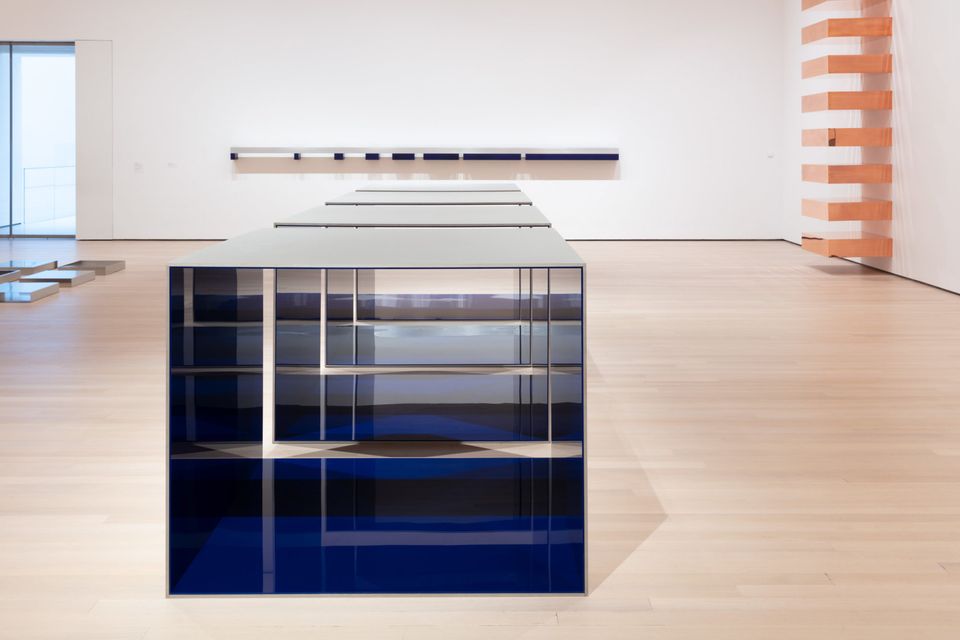 “Real art has the capacity to make us nervous,” Judd’s near contemporary Susan Sontag wrote in 1964, arguing that “interpretation” betrayed a reflexive defence against art’s shock and immediacy. Correlatively, Judd set himself against the expressive, allusive and internally “relational” qualities of painting and sculpture that solicit interpretation, and thus, he believed, muddy perception.

Judd always bristled at the term “Minimalism”, insisting that, far from seeking essences by reduction, he wanted to foreground and intensify overlooked sensations and qualities of material, form and decision-making that he associated with “credible” art. Confrontations with his art depend on viewers’ patient willingness to let direct experience inform them.

In the catalogue, Jeffrey Weiss demonstrates the difficulty of reporting an experience of Judd’s art, describing well the complexity of a characteristic, seemingly barren untitled floor piece from 1970: an open-ended box of solid brass plates. “The open ends invite simultaneous acts of looking at, into, and through,“ Weiss writes. “Further, the polished surface intensifies the object’s openness by producing, in the interior, reflected images in and of the work’s horizontal and vertical planes… On the exterior, the planar surfaces reflect the walls, ceiling and floor… redoubling our recognition that the form of the object reciprocates that of the room.” 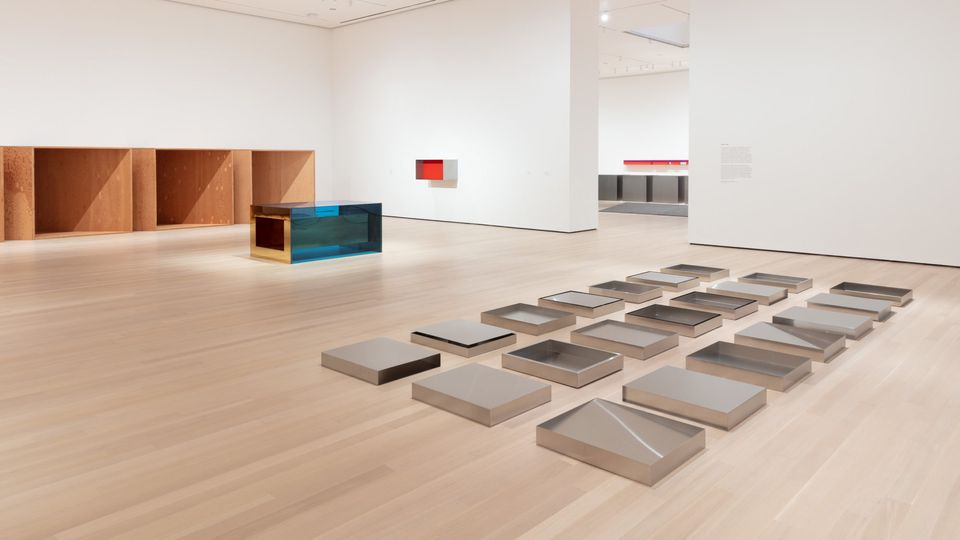 From the mid-1960s on, a “work was more a ‘Judd’ when it was not made by Judd”, Meyer writes, describing the artist’s abrupt transition to employing professional metal fabricators to produce his art. That shift comes as a relief in the retrospective. Its entry way and first gallery recapitulate Judd’s early struggle to make the materials and formats of abstract painting his own. Judd arrived now and again at hybrid forms that thwart easy description, but the viewer quickly comes to share his dissatisfaction with his own workmanship.

One connecting link between early and late Judd stands out here. Dead centre in an untitled 1961 panel painting, an all-black vertical rectangle, he embedded an empty tinned steel baking pan, rhyming in proportions with the object as a whole. That readymade indentation reads almost jokingly as the open grave of the illusionary pictorial depth that Judd had renounced.

The baking pan’s descendants appear in the exhibition’s culminating large room, where his 1980s wall and floor works in coloured, enamelled metal predominate. Seemingly straightforward, the structural pattern of the largest of the late enamelled metal composites—almost the size of a shipping container—proves to be as difficult to un-riddle as a Rubik’s cube. 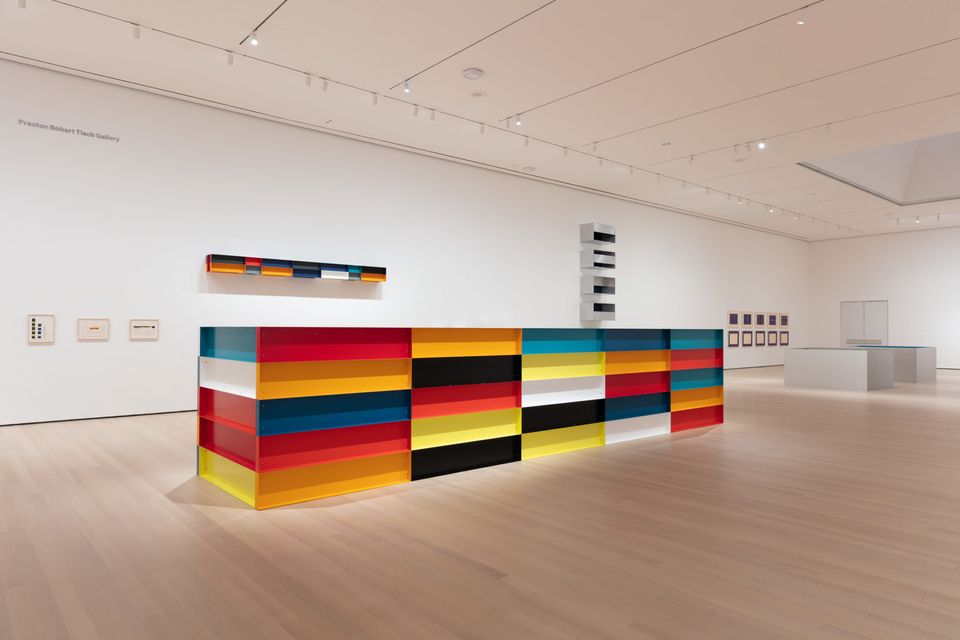 Judd’s mature pieces plainly keep one another’s company well—far better than they converse with other artists’ works—but the museum visitor continually wonders whether the Judds have enough space to themselves. The same uncertainty led Judd to seek wider, sparser and more fixed situations for his art and that of other contemporaries he admired. Hence his establishment, initially aided by the Dia Art Foundation, of the colossal, largely unchanging, installations of his own and others’ works in remote Marfa, Texas, since the mid-1980s a sort of pilgrimage site for international art mavens. The catalogue includes discussion and handsome photographs of Judd’s far-flung projects, and of his Manhattan home and studio at 101 Spring Street, lovingly (and, to those who knew him there, a little spookily) restored and maintained for visitors by the Judd Foundation.

But his situating of his work in the world, and its fastidious framing by architecture, were intended to undo the sense of space as collapsible by speed or glossy documentation. No art-world logistics can overcome that playing out of his insistence on observation of his work as lived experience.

No retrospective could encompass or even evoke the grandeur of the 100 aluminium boxes installed in Marfa, or do more than stir memories of temporary site-specific works such as the 1971 room lined with enveloping, shoulder-high inner walls of hot-dipped galvanised iron at Leo Castelli’s long-gone Upper East Side Manhattan gallery. 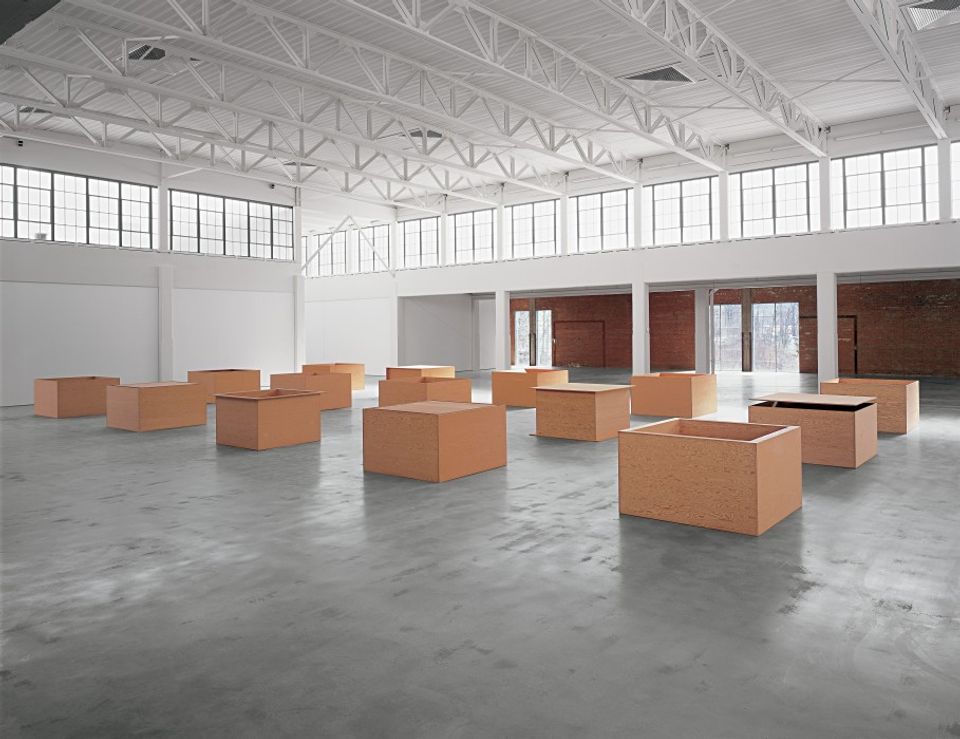 In ensembles such as Marfa’s aluminium boxes and the 15 plywood boxes from 1976, on view at Dia Beacon in Upstate New York (also temporarily closed), human reference finally insinuated itself into Judd’s art. Respectively consistent external dimensions in each of these ensembles make space for starkly and observably varying internal structural variations. Together, as I wrote of the plywood group when they were first presented in Manhattan, these works materialise not the human image but the metaphysical condition of human individuals: being at once as similar and as different as possible.