Jennifer Rubell's performance uses pie-throwing, and its roots in both political protest and slapstick humour, to explore consent and violence

If you’ve never seen someone be hit with a pie in person, it’s a fraught experience for everyone in the room. This is true even if you know it’s going to happen, even if you yourself are the pie-thrower and even if you have permission from the pie-ee. All of which applied when I recently took part in a rehearsal for a performance piece by the artist Jennifer Rubell starting today (8 February).

Rubell, the daughter of the Miami collectors Don and Mera, has become known as a “food artist”. For her show Consent at Meredith Rosen Gallery in New York, she is using pie-throwing, and its roots in both political protest and slapstick humour, to explore sexual consent, unwelcome touch and violence—subjects that have become part of a national conversation in the US. 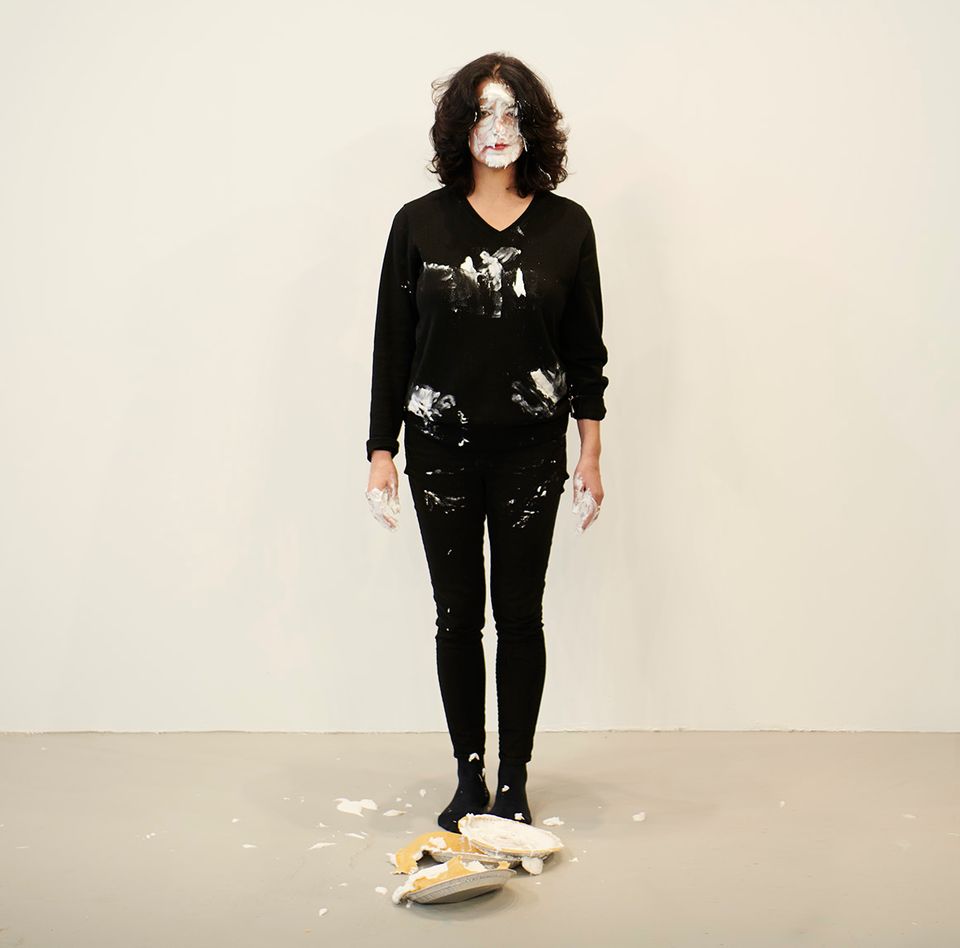 During the six-week run of the show, visitors can throw a pie at Rubell’s face, but only if they sign an elaborate artist-written consent form. As with sexual acts, pie-ing without permission is a punishable crime in most places in the US. And, as with many actions, people on both sides may have very different expectations and experiences.

“If you look at when Rupert Murdoch was pie-d, it is not a rotten tomato being thrown from across the room, it’s a human being pushing into your personal space,” Rubell said during the rehearsal. She added that she does not plan to smile during the performance: “You can do this to me, I’m giving consent, but I don’t have to be enjoying this.”

For the piece, Rubell stands on a pedestal next to a long plinth covered in crème-filled crusts, recalling Marina Abramovic’s Rhythm O, in which people were invited to pick one of 72 objects from a table to use on her body as desired. A series of new paintings installed in a gallery next door feature red hearts Rubell has scrawled in a specially-made lipstick-style pigment on ecru wall-panels from actual bathroom stalls, along with her actual cellphone number.

Consent is the first show at the new independent gallery opened by the dealer Meredith Rosen, formerly of Sargent’s Daughters. Performances will take place at the gallery from 5:30 pm Wednesday through Saturday, 9 February-17 March.