The Argentinian artist Tomás Saraceno has unleashed one of his free floating Aerocene sculptures above a vineyard in the Champagne region of France, letting it trace out an augmented reality (AR) drawing in the sky. The so-called aeroglyph drawings are made by a GPS sensor that is attached to the Aerocene balloon, which moves with the wind and rising air currents, and are invisible unless viewed through a specially designed smartphone app.

The artist hopes the work will highlight issues around climate change and perhaps make them easier to comprehend, explaining that it can be “hard to understand that small increases in [global] temperatures” can have catastrophic effects on the planet. With Saraceno’s Aerocene balloon—which rises when the air inside the lightweight fabric is heated by the sun—a small change in temperature “produces something which is more tangible”, he says. 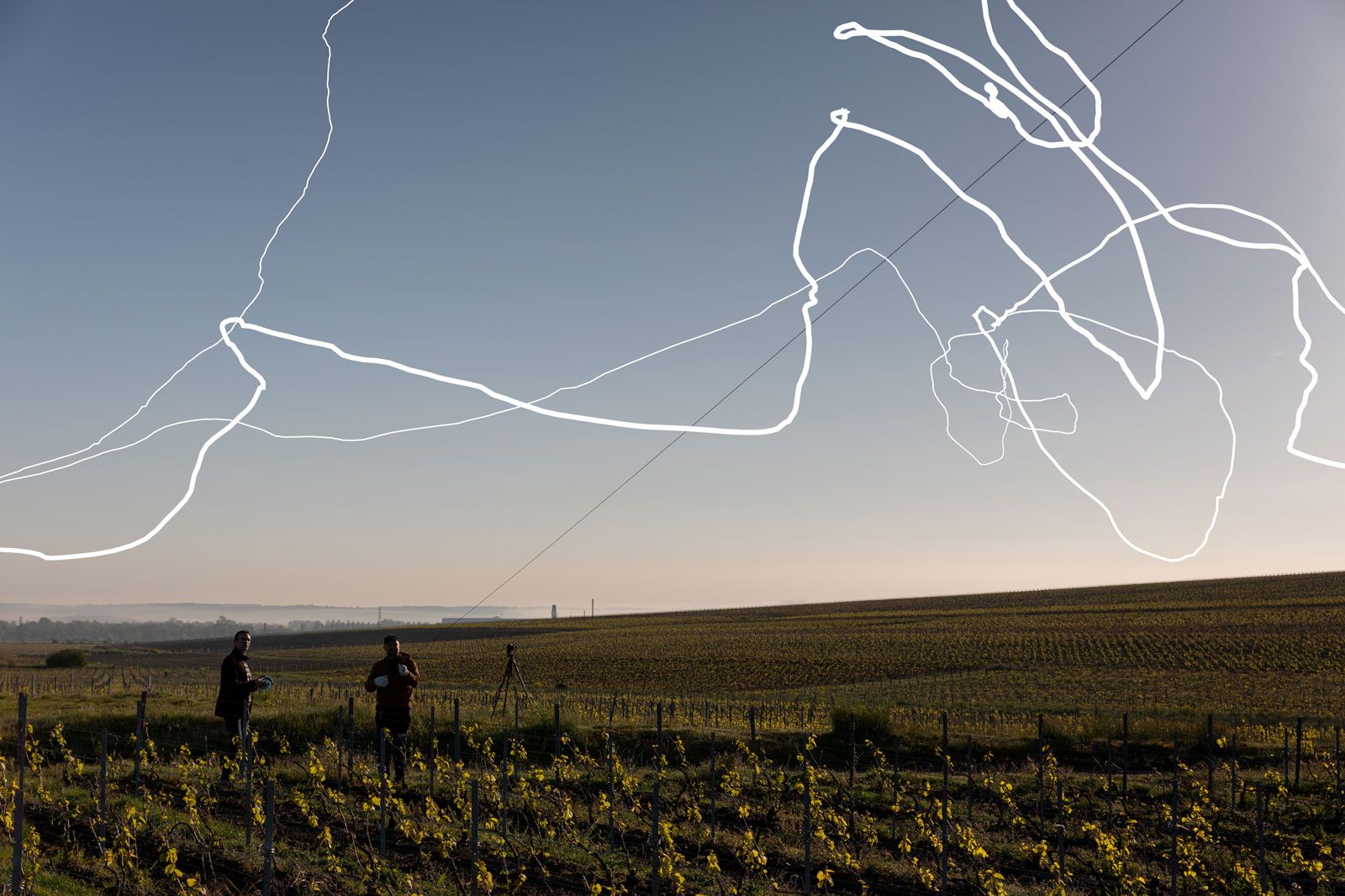 The performance took place earlier this year at the Maison Ruinart in Reims, in the northeast of France, where Saraceno’s work is the second in a series of commissions counting down to the 300th anniversary of the champagne house in 2029. The first commission in the series was an installation by Cyril Laurier and Maya Maouwad that responded to information gathered around the vineyard, such as weather and production process data. Ruinart has also collaborated with artists for several years for its Carte Blanche series, most recently with the British artist David Shrigley.