2018 in the market: the price is right for pale males 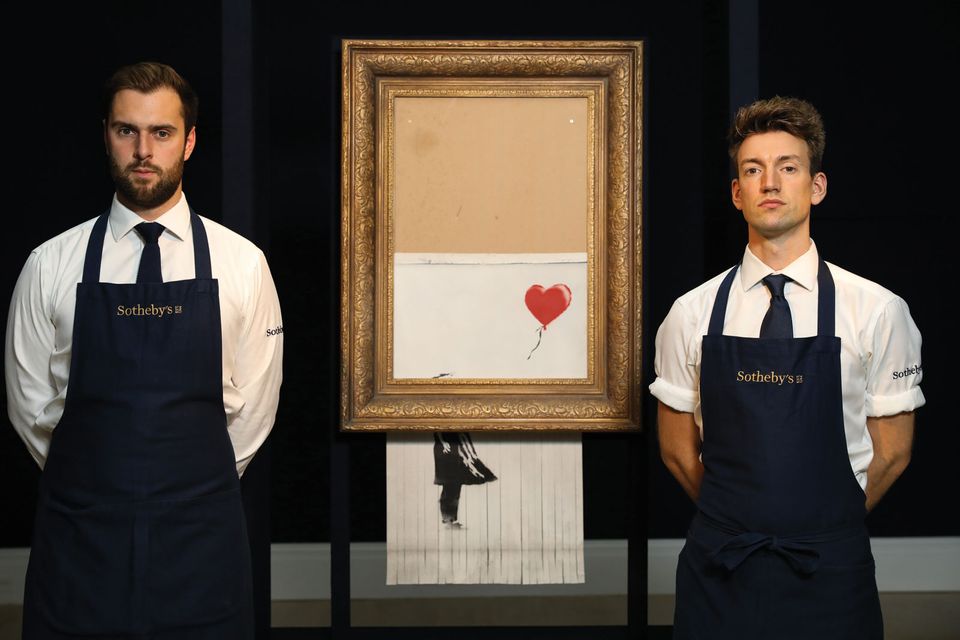 A decade after Damien Hirst took over Sotheby’s London saleroom in September 2008 with a sale of his own work, the same New Bond Street room staged the most notorious London auction since—where Banksy’s Girl with Balloon shredded itself. In 2008, Hirst’s sale made £111m as Lehman Brothers collapsed, sparking the global financial crisis. No such catastrophe has yet followed Banksy’s stunt, but despite art sales’ strength this year, on 1 November, Tad Smith, Sotheby’s chief executive, predicted the art market in 2019 would be “more subdued” than that seen in early 2018.

The obscured narrative on that October night at Sotheby’s is that Jenny Saville’s Propped (1992) broke the auction record for a living female artist, fetching £8.25m (£9.5m with fees). So much attention has been paid to female artists in 2018 that the art advisor Lisa Schiff quipped: “It’s a bad time to be a white male artist.” However, the data says otherwise: Propped would have had to make many times that amount to get close to the top prices set by male artists—David Hockney’s 1972 painting Portrait of an Artist (Pool with Two Figures) is the latest record-breaker, selling for $80m ($90.3m with fees) at Christie’s, New York, in November. Pale and male still wins. 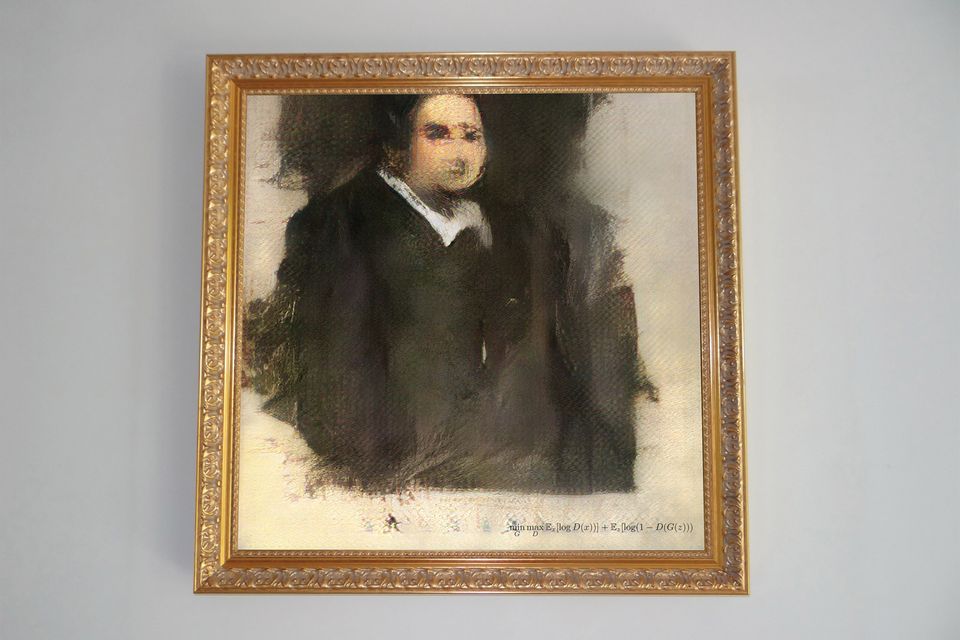 The question of whether we need artists at all was raised in October when Christie’s New York became the first auction house to sell a work created by artificial intelligence (AI). The smudgy 2018 portrait of the fictional Edmond de Belamy sold for $432,500, prompting an outcry. If artistic expression can be machine-learned, is this the end of the artist? Critiques of this limp AI daub would suggest not.

It is the end of days for MCH Group’s regional fairs programme though, and perhaps the Swiss owner of the Art Basel franchise’s seemingly unstoppable dominance of international fairs. MCH’s cash cow, the watch fair Baselworld, has had a rough year with the withdrawal of Swatch. To achieve the “necessary stabilisation” of the company, in November MCH announced it will sell its shareholdings in Art Düsseldorf and the India Art Fair, and will not participate in the new Art SG fair in Singapore.

Art Basel’s rival Frieze’s New York fair in May, held during a heatwave, was sweltering and the exhibitors and collectors hot and bothered (some galleries launched a class action). The organisers later offered compensation—10% of the booth cost—but it leaves doubts over the Randall’s Island Park site. Frieze announced its first Los Angeles fair in February 2019, leading to speculation that New York could be ditched in favour of the West Coast—Frieze denies this.

Civic mindedness is not the art market’s strong suit. Yet in May, David Zwirner (the art world’s most influential man, according to the ArtReview Power 100 list) suggested fairs could levy a “tax” on top-level galleries and that he’d pay more “if it helps smaller galleries join in”—perhaps a response to the numerous reports of small and mid-size galleries’ struggles. Since then, Frieze, Art Basel and Fiac have introduced sliding-scale pricing models for stands, making smaller booths more affordable for smaller galleries. But proof of its efficacy remains to be seen.

As is the case for blockchain—a flood of companies entered the art market this year and Christie’s held its first sale on the “digital ledger” in November. Yet most people do not even know what blockchain is; therein lies the technology’s main barrier for now.

David and Peggy Rockefeller’s wicker picnic hamper from Asprey’s sold for this sum during Christie’s record sales series of the couple’s collection. The most expensive hamper of all time—and not a sandwich to be found in all that monogrammed, silver-lined picnic-ware.

Pale, male artists may still command the highest prices, but Marshall is fast on the rise. In May, his painting, Past Times sold for $21.1m in New York—a record for a work by a living black artist. In November, ArtReview named him the most influential contemporary artist, putting him second in its Power 100 list—just behind his dealer, David Zwirner.

"Some collectors follow fashions, which will probably crash—pump and dump, if you will; some play the long game. Art history is brutal: very little will remain."