Sylvain Levy’s virtual museum (above). Giorgio Morandi’s, Natura Morta (Still Life, 1951, below) sold for $1.6m in May, the highest priced work ever to be sold by Sotheby’s online Courtesy of Sylvain Levy. Gagosian © Everett Collection/Alamy

The closure of so many bricks-and-mortar fairs, galleries and auction houses due to the Covid-19 crisis has ushered in a brave new virtual art world. We live in an age of technological “solutionism”, in which very smart people, usually based in California, devise quick, cheap ways of satisfying our every late-capitalist craving, transforming traditional business models.

Business models do not get much more traditional than the art trade. Last year just 9% of its estimated $64.1bn turnover was achieved through online sales, according to the 2020 Art Basel and UBS Global Art Market report. Out of pandemic-induced necessity, however, the stubbornly analogue art world has embraced all things digital. Cancelled fairs have been converted into virtual events and galleries have employed specialist tech companies to create online viewing rooms, while auction houses are ramping up their schedules of online-only sales. “This crisis is a moment of truth for online sales,” said Guillaume Cerutti, Christie’s chief executive, in a press webinar back in March.

Indeed, in April, the first full month of lockdown in Europe and the US, Christie’s, Sotheby’s and Phillips’s schedules consisted solely of online sales. These totalled $44m, 92% down on the $585m achieved last April by the houses’ equivalent live and online auctions, according to Pi-eX, a London-based data analytics company specialising in the art market.

Though price points are increasing—in May, Sotheby’s sold a Giorgio Morandi painting for $1.6m and HotLotz in Singapore sold an 18th-century Chinese vase for $4.8m—online-only auctions remain a marketplace for -lower-value items, at least according to the wildly relative value system of the art world. “These online sales are pushing the envelope, but they don’t have the drama,” says Christine Bourron, the chief executive of Pi-eX, referring to the competitive urgency of live auctions. “That’s how you get crazy prices and perceptions of value. The trouble with online auctions is you have too much time to think, to say no.”

Christie’s is hoping for more expansive yesses on 10 July from One, a new auction “experience” in which four consecutive live sales of high-end 20th-century art and design will be streamed online from its auction rooms in Hong Kong, Paris, London and New York. This hi-tech hybrid replaces Christie’s evening sales of Impressionist, Modern and contemporary art in New York (previously postponed from May to June). Last May, the contemporary evening auction alone netted $539m.

It remains to be seen whether this new format can really “capture the excitement and drama of the gala evening sale,” as Christie’s puts it. But if high-value lots like Roy Lichtenstein’s 1994 canvas, Nude with Joyous Painting, can attract online bidding at $30m, then that will be a bit of a game-changer. 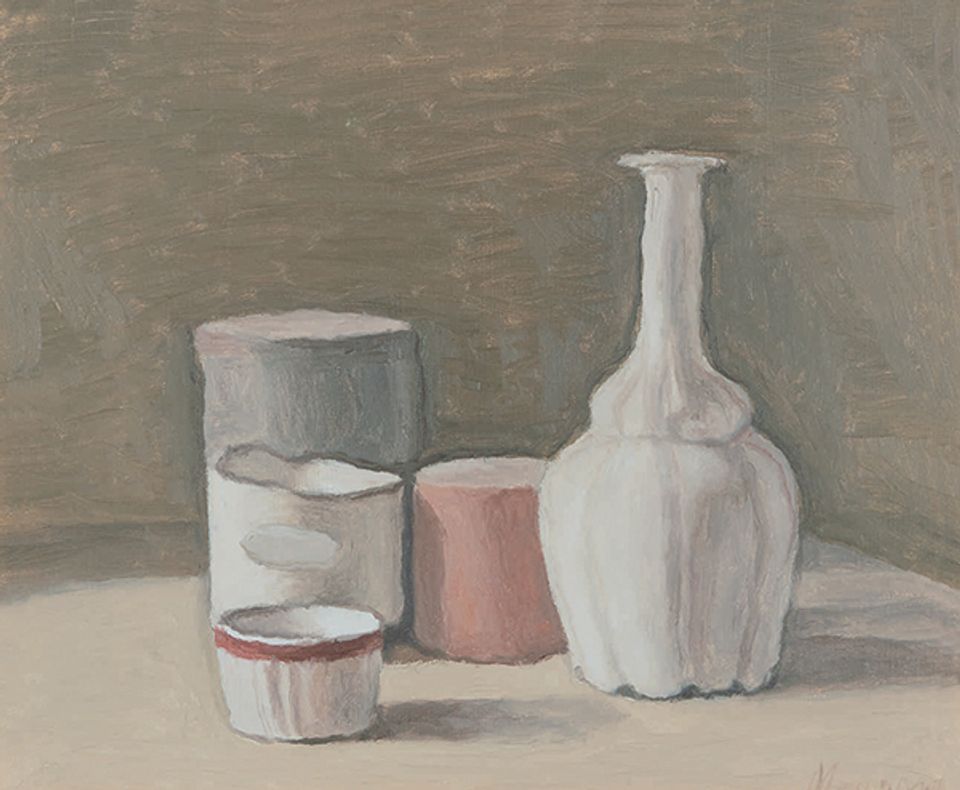 Wherever we look in today’s art world, we see that value, in every sense, is increasingly linked to quality of experience. This applies as much to attending an auction or an art fair as it does to being in something as memorably Instagramable as a Yayoi Kusama’s Infinity Mirrors or Banksy’s Dismaland.

So far, technology has struggled to make buying art in the digital space a particularly memorable experience. “It showed us it didn’t work,” was the verdict of Dominique Lévy, the co-founder of the leading New York and London dealership, Lévy Gorvy, on the first virtual edition of the Art Basel Hong Kong fair, held in March. “It’s not friendly. It’s slow, and you’re not having fun seeing your friends,” added Lévy in an interview with CNN.

Sales at the online edition of Frieze New York were reported to be “solid” and the presence of prices in viewing rooms introduced some much-needed transparency. Yet with one or two exceptions, transactions were once again confined to six-figure prices and below. In terms of an experience, buying an Alice Neel painting for $550,000 online from David Zwirner was not that dissimilar from buying a piece of gardening equipment from Amazon.

Though impossible to quantify in terms of its financial contribution, it is the social side of the art world—the live experience of being part of an exclusive, global lifestyle and investment club— that encourages the ultra-wealthy to spend millions on works by trophy names. This sparkly peak of the iceberg is all that is visible to a wider world, sustaining the all-important perception that business is “booming”. The Art Basel and UBS report said that in 2019, high net worth collectors on average attended seven art fairs and about the same number of commercial gallery shows. “The social aspect of the art market is important. There’s been such an emphasis on providing an experience. People don’t want to go to a Zoom gala,” says Clayton Press, a New England-based art collector. “If the experiential value of the market plummets, people will walk away. We’re done for a long time to come.”

But for how long? In 2009, during the financial crisis, sales in the global art market slumped 36% to an estimated $39.5bn, then bounced back to $64.6bn in 2011, according to the Art Basel and UBS report. “This virus may never go away,” warned Michael Ryan, the emergencies chief at the World Health Organization, in early May. “There are no promises in this and there are no dates.”

The top end of the art market depends heavily on an older male clientele, the demographic most at risk from the virus. Getting on a plane, walking into an auction house, or visiting an art fair was not a potentially life-threatening experience in 2009. Moreover, back then, art was one of the assets whose values were bloated by Western governments’ use of quantitative easing to prop up their banking systems. Auction prices tend to be higher during periods of extreme income inequality, and those fiscal stimulus programmes disproportionately benefited the financial investment community, which included plenty of art collectors and speculators.

“It won’t be as before,” says the Belgian collector Alain Servais, who used to travel to more than 20 international art events a year. “Art is not going to be the wealthy man’s toy anymore. He’s lost money, and he’ll be taxed more heavily,” predicts Servais, aware that historically pandemics have tended to reduce income inequality. “Art prices will go down sharply, the investment froth will disappear. It will be a much smaller art market, more focused.”

But others are concerned that beleaguered right-leaning governments will again resort to policies that benefit wealthy asset owners. President Trump’s mooted plan to abolish all capital gains tax, for instance, could be great news for art collectors, if not for tens of millions of unemployed with no capital to sell.

“I don’t think we can forecast the future from the past,” says French collector Sylvain Levy, whose collection of contemporary Chinese art has been exhibited online in a virtual museum for the past 15 years. “Everything has crumbled like a sandcastle. We don’t know where we’re going,” adds Levy, who thinks those buying art after this crisis may take a more thoughtful approach to collecting. “It will be made more difficult to use art to express yourself in a lifestyle way.”

Tech is doing its best to rebuild that sandcastle. But at the moment it doesn’t have any turrets.

• Listen to Scott Reyburn talking about the online art market on our podcast, The Week in Art, here