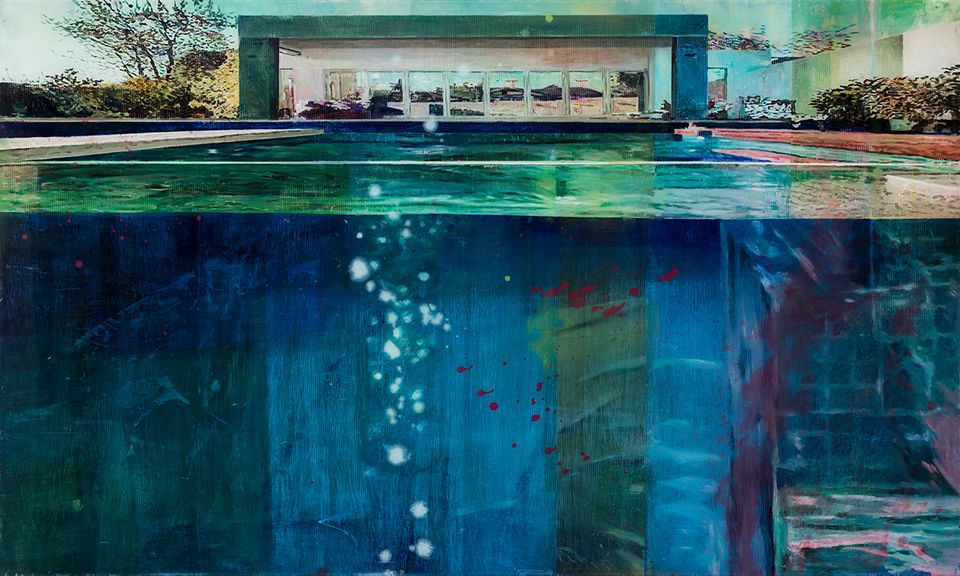 The third edition of Arco Lisboa (17-20 May) assembled 72 galleries from 14 countries—up from 58 galleries from 13 countries last year—and reflected Lisbon's burgeoning art scene. Held at the Fábrica Nacional da Cordoaria, a royal navy factory dating from the 18th century, the fair was a short walk from the Museum of Art, Architecture and Technology (MAAT), which opened in 2017.

“The Portuguese contemporary market has been growing incredibly in the last 20 years and we have a very good relationship with Spanish and Portuguese collectors,” Thomas Krinzinger says. His gallery, which has been participating in Arco Madrid since the beginning, sold sculptures by Angela de la Cruz (€50,000), a Kader Attia collage (€20,000) and a painting by Martha Jungwirth (€47,000).

“We've always participated in Arco Madrid so decided to try Arco Lisboa; it's a good quality fair but could be bigger with more galleries,” says Alberto Gallardo, a director from Helga de Alvear, which sold two photographs by Axel Hütte (€26,000-€30,000).

Alvear was also buying works at the fair for her own collection, the Fundación Helga de Alvear in Cáceres. They included an animal painting with neon numbers by Mario Merz (€250,000) and a Julião Sarmento wall installation (€42,000) from Giorgio Persano (Turin), an oil on Plexiglas painting by Gil Heitor Cortesão from Pedro Cera (Lisbon), a piece by Kader Attia from Krinzinger, and a work by Asier Mendizabal from Carreras Mugica.

“What's appealing about Arco Lisboa is that it's a small fair and quite local in an historical building; there are many Portuguese and Spanish galleries that differentiates it from other fairs,” says Luis Manuel Araújo from Greengrassi, which reported interest in Jennifer Bornstein and Giuseppe Gabellone.

The VIP programme, which included visiting gallery neighbourhoods, brought over more international visitors. “It worked well to have people visit the galleries in the morning and the fair in the afternoon,” says Sonia Taborda, the head of communications at Cristina Guerra (Lisbon), which had “major success” with Portuguese artist José Loureiro.

Some dealers would welcome the participation of more international galleries, as over a third of the fair's exhibitors are Portuguese and nearly a third are Spanish. “For us the fair has been great but if half the galleries had a higher, international profile, that would be fantastic,” says Cera, who sold several works by Cortesão (€15,000-30,000) and by Miguel Branco (€5,000-10,000).

The spirit of the fair was expressed by Madrid dealer Sabrina Amrani. “Arco Lisboa is a boutique fair with a leisurely feel, the same kind of ambience as a gallery weekend, where people have conversations about the work,” Amrani says. The gallery presented a solo show by Joël Andrianomearisoa – whose black silk wall sculptures sold for €1,500-15,000 – and who currenlty has an exhibition at Leal Rios Foundation in Lisbon.