Art Los Angeles Contemporary fair perks up, but is it enough?

The city could use a circuit-making commercial event, but a lack of momentum is holding it back 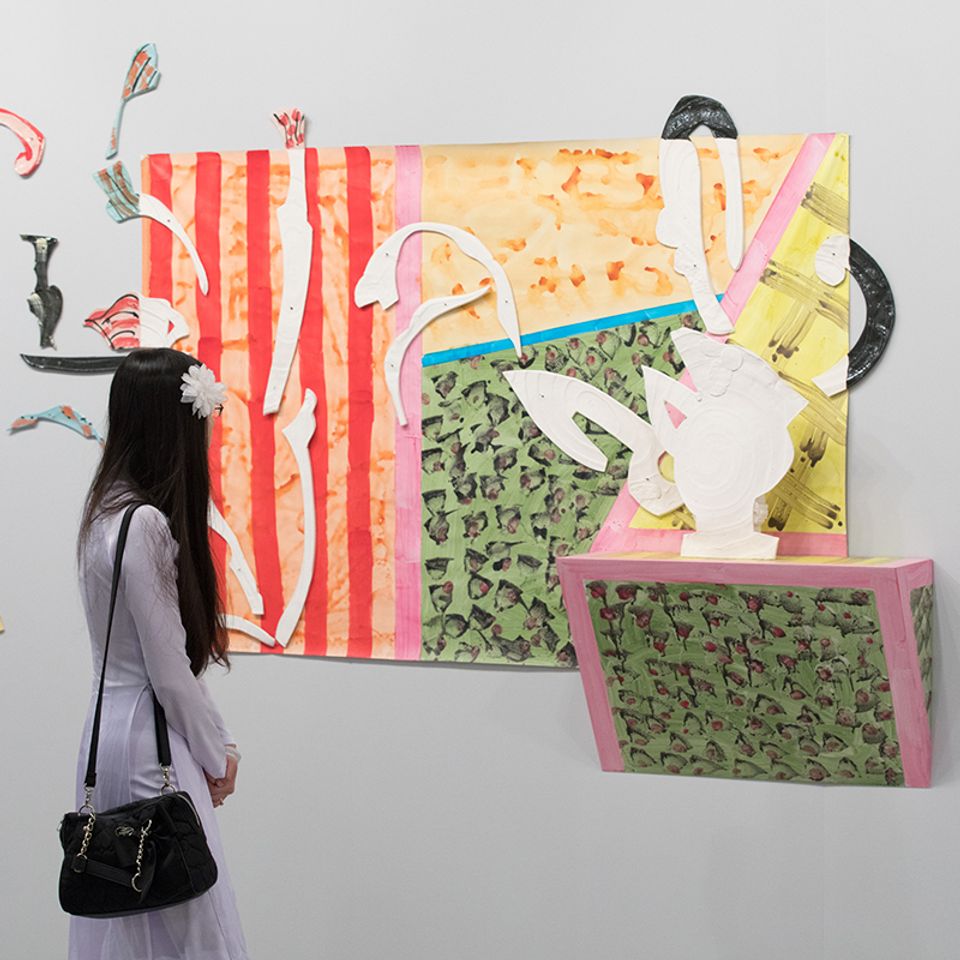 Los Angeles, sunnier and warmer than it should be in the middle of January and with a burgeoning contemporary art and design scene, has nonetheless proven a tough town for an art fair at this time of year. At the ninth edition of Art Los Angeles Contemporary (ALAC) fair, held 25-28 January in the Barker Hangar at the Santa Monica Airport, sales were up on last year, but it was not clear everyone's attention had been captured.

Tim Fleming, the fair’s owner and director, tells The Art Newspaper that he’s always considered ALAC a cultural happening rather than a strictly commercial event, favouring what he describes as "a sincere, intimate and curious approach". While highlighting local endeavours—such as a juice bar by Tropics and a skate ramp by the architectural design team at Commonwealth Projects—the fair, in its bid to bring international artists into the LA orbit, this year included entrants from Peru, Brazil and Colombia among its 69 dealers. Fleming described sales as “consistent” but acknowledged that some years have been stronger than others. “We need to keep it at a human scale,” he says, regarding his stated desire not to let the fair grow too quickly. “But we need to do more to host people coming in from out of town. How do we own the weekend?”

Five years ago, the weekend felt as if it had blossomed into a full-blown art week, but this year there were not as many ancillary events, just a few gallery openings here and there. The big draws seemed to be a Cat Power performance at the fair's official after party at Zebulon—part of the ALAC Music Series, which also featured a concert by Bay Area rappers Freestyle Fellowship—and FriendsWithYou’s adult-size rocking horse in the image of Pokey, Gumby’s horse, on display in the booth of local gallery The Pit, priced at $50,000 and easily the most Instagrammed work at the fair. 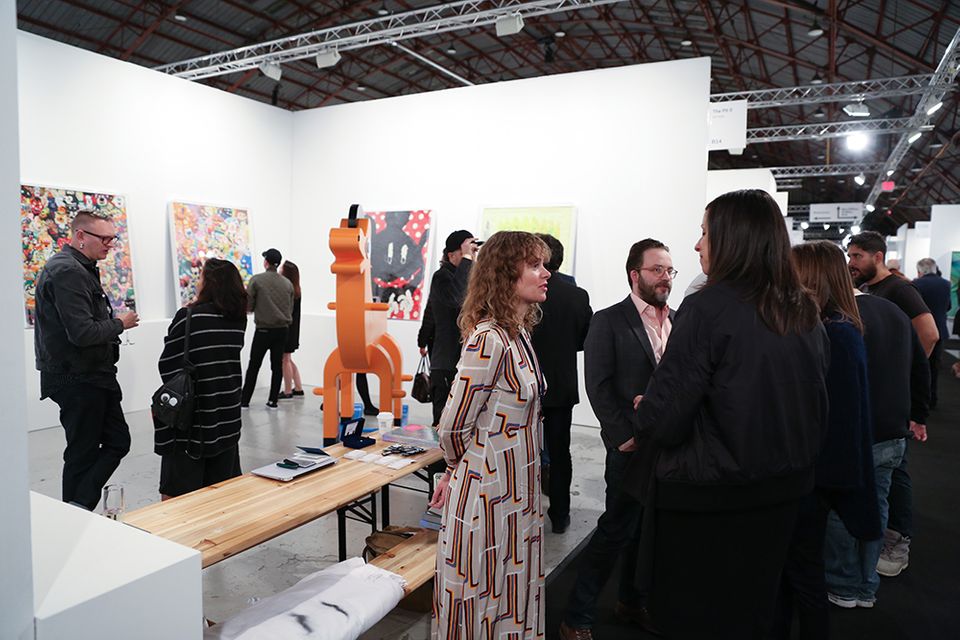 That is not to say there was no business done. “We basically sold out this year within the first hour,” says director Jonlin Wung, of locals M+B Gallery, referring to new works by self-taught New Orleans artist Dapper Bruce Lafitte, whose large-scale, slice-of-Nola-life paintings were going for $11,500.

At the stand of New York gallery the Hole, founder Kathy Grayson, who always brings an assortment of gallery artists to ALAC, ticked off the neon-hued paintings that she had sold by Eric Yahnker, Alex Gardner, Jonathan Chapline, Ben Jones, Alan Parker Smith, Vanessa Prager. “Some lady came through last night, and said, ‘I don’t usually buy art, but I’ll take this (painting),’” says the gallery’s director, Raymond Bulman.

William Hathaway, of LA’s Night Gallery, presided in front of the first sold-out booth I came across—a romantic Claire Tabouret portrait sold for $42,000, and a pair of Derek Fordjour paintings went “within the first hour,” he said. “We got collectors from Europe, New York, and LA. It’s funny, because there’s collectors on the West Side that don’t ever make it to Downtown.” 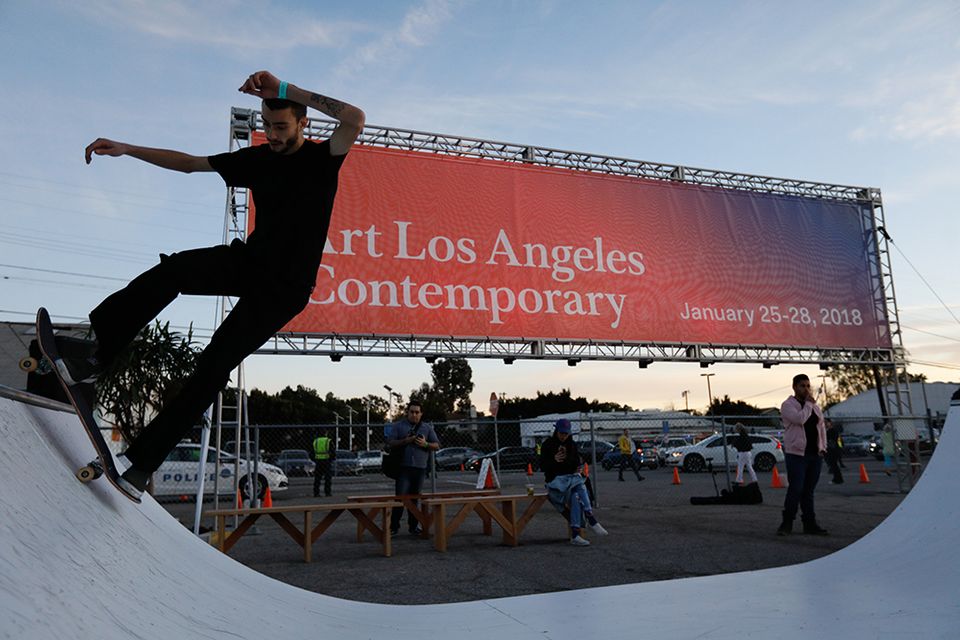 At David Kordansky’s booth, the gallery’s director Kurt Mueller effused about Betty Woodman’s wall works incorporating her signature ceramics. Mueller had personally worked with the artist, who passed away on 2 January this year, and revealed plans for an ambitious 60-year retrospective of her work at the gallery this summer.

According to London’s Josh Lilley, a returning exhibitor, it helps to know what LA collectors like. “I bring a lot of paintings in the $15,000-to-$30,000 range”, he says, such as a suite of mysterious scenes painted by Ian Davis, priced at $26,000 to $32,000 each. “I was selling so hard during the preview, I didn’t even go to the toilet.” However, he lamented having not had an employee man the booth on the slower Friday. “People come back on Saturday if they put things on hold at the preview,” he says. “I’ve done very well, but they’re not all sold.”

Moscow-based gallery Lazy Mike’s Mikhail Ovcharenko, a first-timer at the fair, had sold a few things, including a pair of extremely dystopic small paintings by Russian oracle and TV star Pahom at $4,000 a pop. As for the rest? “It’s life in L.A.: no hurry.”