With an emphasis on the French scene, the fair walks a fine line between boosterism and parochialism 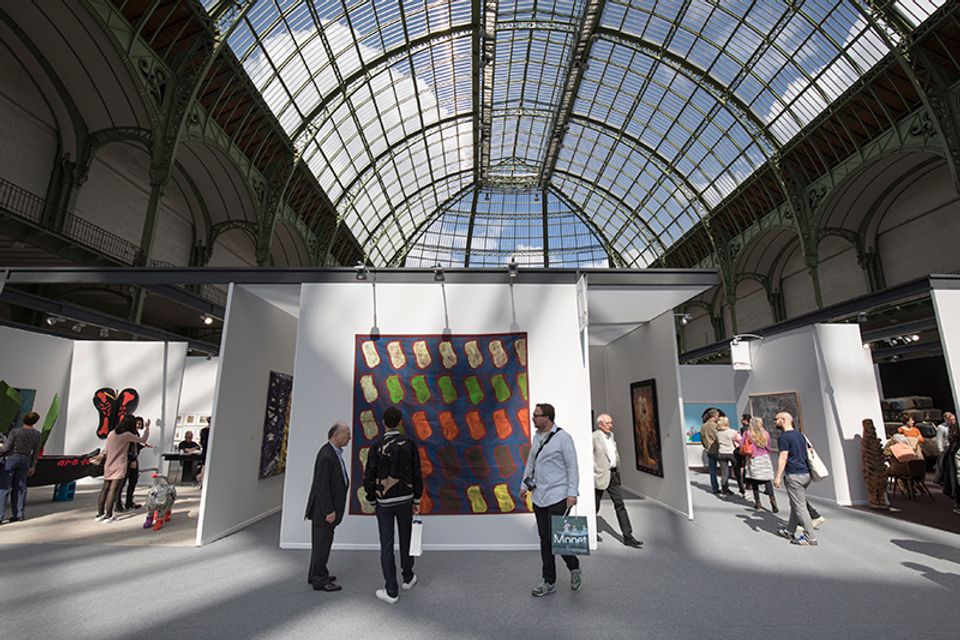 Art Paris has made strides in the past few years, participants say (pictured: Galerie Templon's stand in 2017), but still has some way to go Emmanuel Nguyen Ngoc

The twentieth anniversary of Art Paris Art Fair (5-8 April), assembling 142 modern and contemporary exhibitors from 22 countries in the nave of the Grand Palais, was a moment of evaluating its struggle to forge an identity.

The spring fair has long faced unfavourable comparison to Foire internationale d'art contemporain (Fiac), which takes place 18-21 October. “It's harder to recreate a fair with a bad reputation than create a new fair, and it was difficult to convince Parisian galleries to come back,” Guillaume Piens, director of Art Paris since 2012, tells The Art Newspaper.

Seeking to make it “complementary” to Fiac, Piens has focused on “discoveries and rediscoveries”, European regions—Switzerland was spotlighted this year—and “new horizons”, such as inviting the Misk Art Institute, founded by Mohammed bin Salman bin Abdulaziz Al Saud in Saudi Arabia, to exhibit. First-time exhibitor Dominique Fiat came on board because she was impressed by last year's African focus. “It gave a new dynamic, so I thought it was a good idea to make a stand featuring works from Africa, Middle East and South Asia,” Fiat explains. 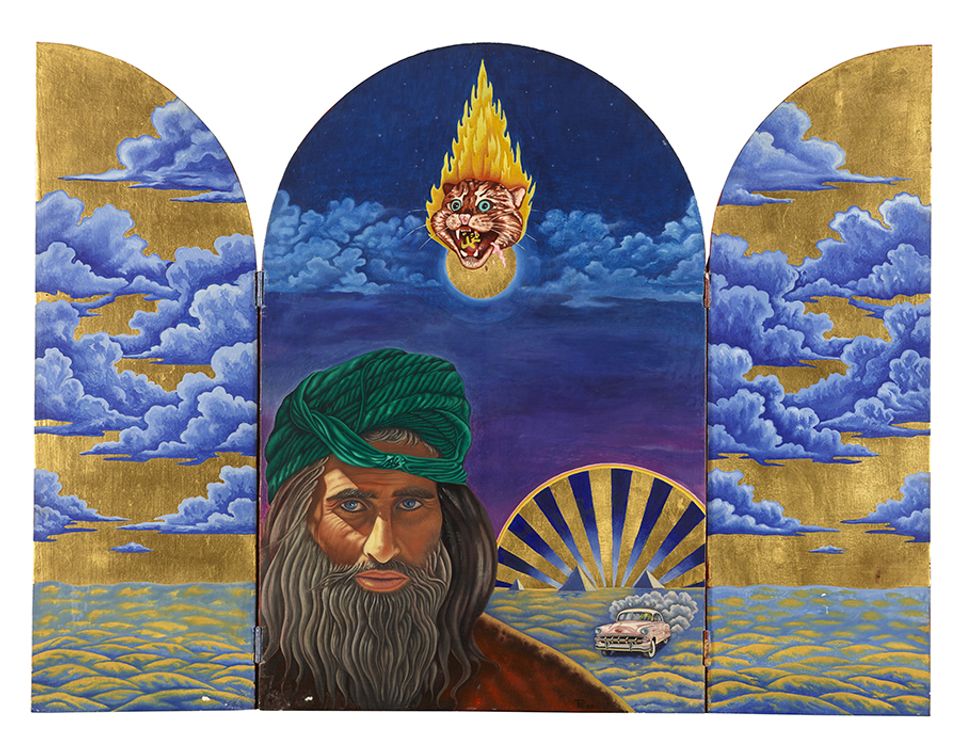 “Fiac has consistent quality with different formats whereas here there's unequal quality and fewer different formats,” says another first-timer, Thomas Bernard (Galerie Thomas Bernard: Cortex Athletico from Paris), who joined because he liked the project '20 Years of the French Scene', curated by François Piron, highlighting French artists at 20 stands. “Art Paris is a lot better than five years ago and needs to be a European fair,” adds Bernard, who sold numerous works, priced €1,500 to €25,000, by French painter Vincent Gicquel, who features in retail tycoon François Pinault's collection, to French and Swiss collectors.

Dealers are hopeful that the opening of new foundations, such as Lafayette Anticipations in March and Fondation Pinault next year, will stimulate the fair. “The fair deserves to be more qualitative and we want to be part of this evolution,” says Hervé Loevenbruck, who sold several bright, psychedelic paintings by Frédéric Pardo—a godson of novelist Jean-Paul Sartre whom the dealer says "symbolised French decadent art de vivre"—priced between €14,000 and €45,000. “The economy is picking up and there's more optimism,” says Delphine Guillaud, co-owner of Backslash. "People don't come here to see Gagosian and David Zwirner."

While French president Emmanuel Macron is regarded as being positive for the economy, the recent train strikes against his labour reforms resulted in fewer foreign visitors. “The fair has been rather calm and had few Swiss and Belgian collectors,” laments Rosa Turetsky, a first-time exhibitor from Geneva presenting works by the late Pierrette Bloch, among others. “It's very French, not international, and I've made no sales.” 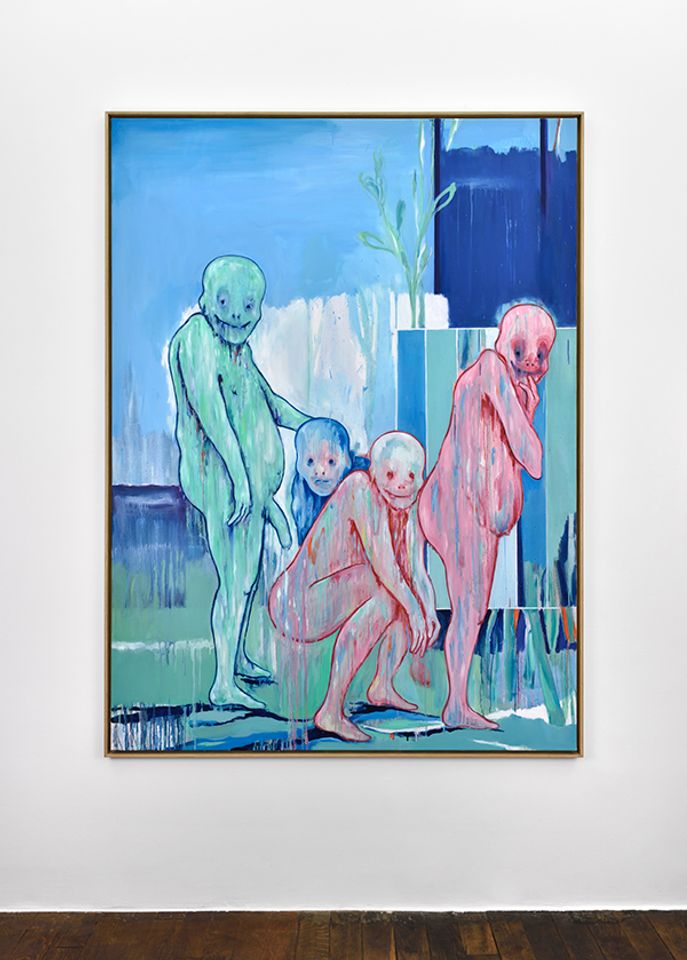 The consensus is that the fair—which leans heavily French, with plentiful works by such artists as Hans Hartung, Victor Vasarely, Arman, César, Ben and Erró—needs to get stronger. “The inequality disturbs me and it lacks energy and risk-taking works; it's very classical in its hanging,” says Bertrand Grimont, referring to the lack of large-scale installations. “It's a pity that there aren't more high-end French galleries like Kamel Mennour or Perrotin to show artists like Anish Kapoor or Maurizio Cattelan, and more British galleries,” adds Grimont, whose sales include sculptures by Vincent Mauger and Benjamin Sabatier in the €4,000 to €8,000 range.

“If there were 20 good galleries, like Cortex Athletico and Nathalie Obadia, the fair would radiate,” says Eric Dupont, who sold works by Carlos Kusnir and Pascal Convert for prices between €3,000 and €10,000. “It could have a diversity and singularity, emphasising the French scene or career artists that aren't blue-chip yet.”

But local dealers remain unsure about the fair's progress. “I don't know if it's improving, but the artistic direction is better,” says Anne-Claudie Coric, a director at Galerie Daniel Templon, whose sales include works by Chiharu Shiota, Philippe Cognée and Claude Viallat, priced between €20,000 and €50,000.

Still, discoveries and rediscoveries could be made. Among the highlights were blue monochromatic paintings by 95-year-old artist Geneviève Asse at Oniris – Florent Paumelle from Rennes; collages and embroideries by Cuban-French artist Hessie (1936-2017) at Arnaud Lefebvre, and fragmentary, abstract paintings based on 'no entry' signs by the 78-year-old artist Jean-Pierre Raynaud, known for his golden pot sculpture once installed on the piazza of the Centre Pompidou, at Caroline Smulders.