Art's Most Popular: here are 2019's most visited shows and museums

Ai Weiwei was a hit in Brazil, records were broken in London and Paris—but is this the final year of museum visitor growth? 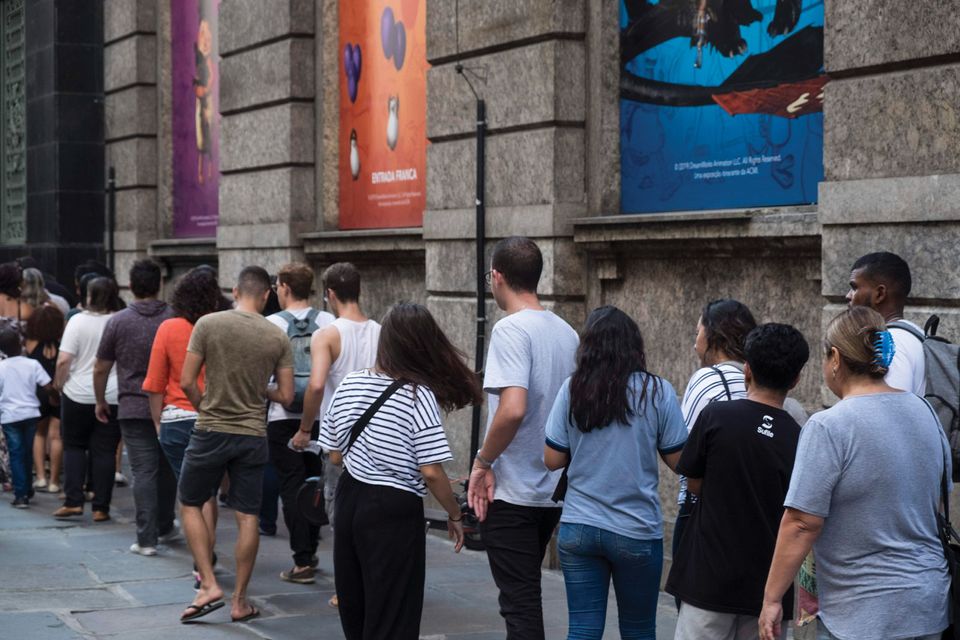 It's official: Ai Weiwei is the world’s most popular artist. The Chinese dissident’s travelling survey in Brazil—his first in the South American country and his largest exhibition to date—was a runaway hit and the highest-ranking show by a single artist in our visitor figures survey for 2019. More than 1.1 million people in total came to see the exhibition that started at Oca in São Paulo with stops in Belo Horizonte and Curitiba before landing at Centro Cultural Banco do Brasil’s (CCBB’s) space in Rio de Janeiro, where it was seen by 9,172 visitors a day (around 600,000 in total). Ai’s greatest hits included his series of large-scale sculptures made from roots of the endangered Pequi Vinagreiro trees found in Brazil’s Atlantic Forest. Sadly, the display became all the more poignant against the backdrop of the fires that ravaged the Amazon rainforest last summer, peaking in August when the Rio show opened. Speaking to The Art Newspaper in December, Ai said: “Roots are the last evidence of what we have: a sad eulogy for human stupidity.”

Ai’s triumph helped Brazil and the CCBB secure the top three positions in our 2019 attendance survey, Art’s Most Popular, which ranks shows by the number of visitors a day. Occupying the first and second spots is a free travelling exhibition that offered a behind-the-scenes look at DreamWorks. Co-organised by the animation studio and Melbourne’s Australian Centre for the Moving Image, where it debuted in 2014, the 400-piece show featured storyboards, concept drawings, paintings and maquettes for film favourites such as Shrek, Madagascar and Kung Fu Panda. A whopping 11,380 visitors a day went to it in Rio, while a further 9,277 daily saw it in Belo Horizonte. The CCBB last topped our survey in 2016 with another trio of shows, including one on Post-Impressionist masterpieces (9,700 visitors a day). The CCBB, which hosts free exhibitions at its four locations in Brazil, had nearly 5.6 million visitors in 2019—a 28% increase on 2018 and a 36% increase on 2017. 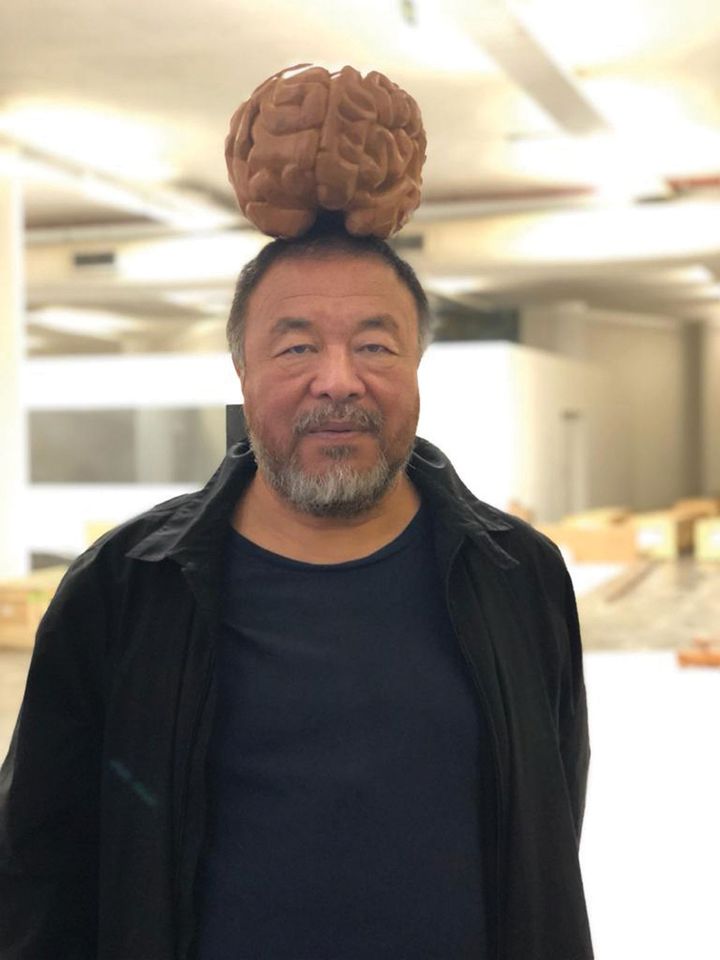 Japan’s enduring appetite for Western masters is shown by the success of the Tokyo Metropolitan Art Museum’s exhibitions on Edvard Munch (8,931 visitors a day) and Gustav Klimt (7,808), which claim fourth and fifth place overall in our survey. Numbers for the Munch show were bolstered by a tempera-and-oil on cardboard version of The Scream from 1910 that was given a rare ticket to travel from Oslo’s Munch Museum, which, as we went to print, was still due to reopen this autumn in a new building. A travelling show of Impressionist works from London’s Courtauld Gallery was also a hit in Tokyo (3,802 a day)—although not as popular as the version at Paris’s Fondation Louis Vuitton (4,712).

But Japanese audiences also appreciate art created closer to home, judging by the daily total who turned up to the Tokyo National Museum to see works that told the story of the Japanese Buddhist monk who made To-ji Temple a centre for Shingon Esoteric Buddhism (7,697). However, the Nara National Museum still stages the most visited show in Japan with its annual display of treasures from the Shoso-in Temple. Although its 71st edition drew 13,140 visitors a day (227,133 total) in just three weeks, the religious nature of the objects puts it in a class of its own and so it is not included in our exhibition rankings. 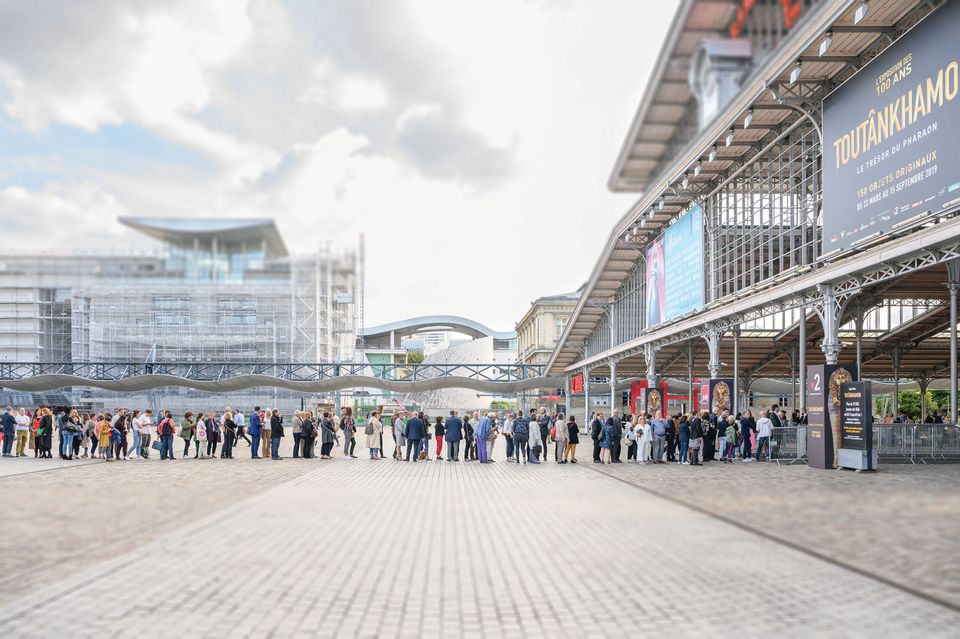 Tutankhamun took Paris by storm with the arrival of a touring show billed as the last chance to see the Boy King’s grave goods before they return permanently to their new home in Cairo’s Grand Egyptian Museum, which is due to open later this year. Some 7,735 visitors a day (1.4 million overall) caught the blockbuster at the Grande Halle de la Villette, which featured everything from golden pharaonic flip flops to shabtis (funerary figurines) of every shape and size. It broke Paris’s previous Tut record, set back in 1967, for an exhibition at the Petit Palais visited by 1.2 million people. The touring exhibition, which began at the California Science Center in Los Angeles at the end of 2018 (2,379 visitors a day), has since travelled across the Channel to England, where we expect the London leg to break records in our 2020 survey.

Anniversaries always help pull in the crowds and 2019 was chock-a-block with major milestones. The Louvre’s Leonardo bonanza was the jewel in the crown of exhibitions commemorating the quincentenary of the master’s death but because it closed earlier this year, the record 1.1 million who braved the crowds will be factored into our 2020 survey. Among other notable Leonardo celebrations were a single-painting display of a loan from the Vatican at New York’s Metropolitan Museum of Art (3,099 visitors a day) and a UK travelling show of drawings lent by The Queen. The Royal Collection declined to provide figures for its stops at The Queen’s galleries at Buckingham Palace and Holyroodhouse so we cannot quantify the tour’s overall popularity, but the turnout for smaller versions of the show at Manchester Art Gallery (2,677) and Glasgow’s Kelvingrove Art Gallery and Museum (1,409) demonstrate a healthy public interest. 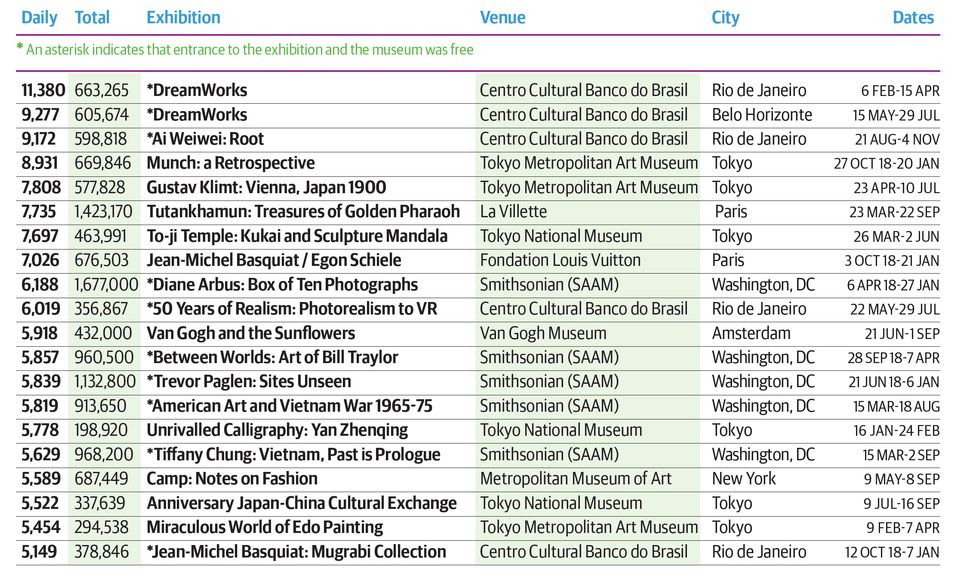 Visitors to the Kunsthistorisches Museum in Vienna more than doubled to 1.8 million thanks to its blockbusting Bruegel show marking the 450th anniversary of the artist’s death. Seen by 408,000 people (3,923 visitors a day), the exhibition broke the museum’s previous record: a 2005 display on the Spanish painter Francisco Goya (3,460). The Royal Museums of Fine Arts of Belgium capitalised on having the world’s second largest collection of Bruegel paintings by offering a series of initiatives to coincide with the anniversary, including digital experiences and a “Bruegel trail” throughout the Brussels museum. These projects, along with the museum’s record-breaking Dalí and Magritte exhibition that finished in 2020, and so will feature in our next survey, contributed to an impressive 60% increase in the museum’s attendance (1.1 million).

Museums in the Netherlands and beyond went all out to mark the 350th anniversary of Rembrandt’s death. The Rijksmuseum’s dusting-off of all works by the Dutch master in its collection contributed to a record year: 2.7 million visited the Amsterdam museum, including 455,000 (3,922 a day) who went to All the Rembrandts. The Museo Nacional del Prado chose to honour Rembrandt with a show that compared the Leiden-born artist’s work with that of fellow 17th-century heavyweights Velázquez and Vermeer (4,553). But despite being the most attended show in Spain and coinciding with the Prado’s 200th anniversary, the Madrid museum still managed to fall shy of its 2018 record attendance, of nearly 3.7 million, by 175,000 visitors.

Last year was a stellar time for lunar-themed art, with museums honouring the 50th anniversary of the Apollo Moon landing with a surprising array of exhibitions. The Apollo’s Muse photography show at the Met was seen by 3,038 a day, while Denmark’s Louisiana Museum of Modern Art’s exhibition—which asked visitors “to join the Louisana on a trip to the Moon” with its eclectic display of everything from Norman Foster’s 3D-printed Moon base designs to space suits by the designer and professor Neri Oxman—was seen by 2,524 visitors a day. In total, nearly 780,000 punters flew to the Moon—a figure that would rise if we factored in shows that closed in 2020. 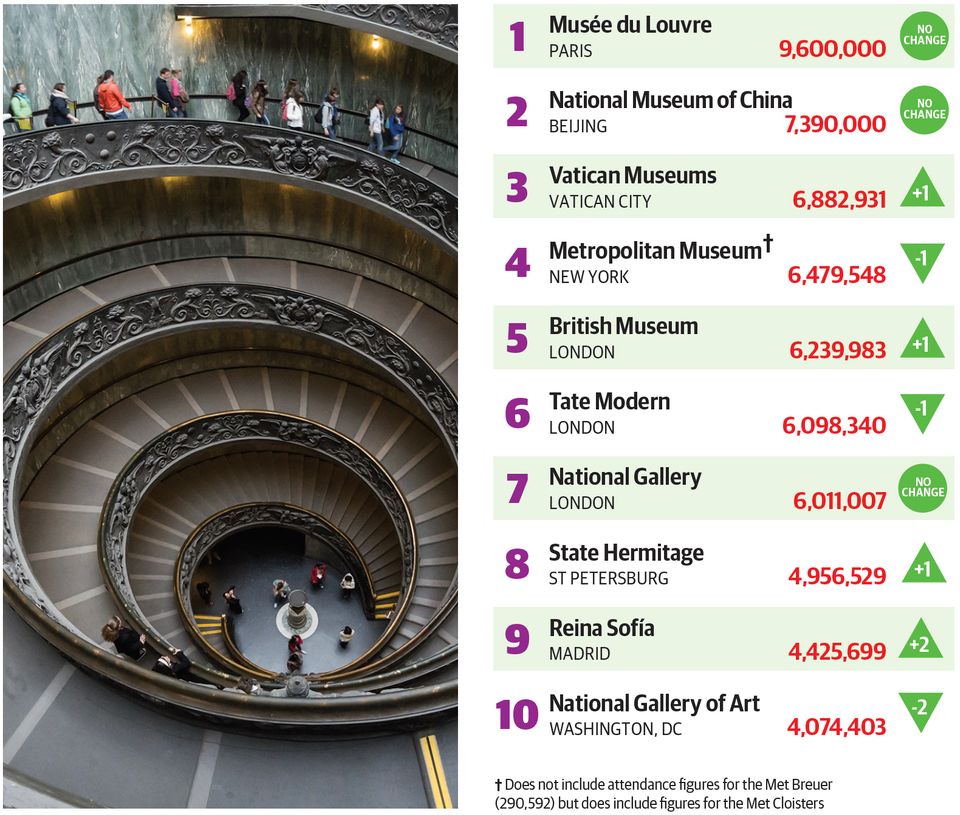 The Musée du Louvre once again tops our survey in terms of overall attendance with 9.6 million visitors, 600,000 less than its all-time record set in 2018 but impressive nonetheless. Ongoing protests throughout the city likely contributed to four of Paris’s five most popular museums experiencing drops last year except for the city’s second most visited, the Musée d’Orsay, which had nearly 3.7 million—an 11% increase on 2018.

The National Museum of China in Beijing retains second position overall with 7.4 million visitors, followed by the Vatican Museums (6.9 million), which places third for the first time. It swapped places with the Metropolitan Museum of Art (6.5 million), which is down from the nearly seven million who graced its halls in 2018 when it hosted its blockbusting Costume Institute show Heavenly Bodies (1.7 million; 10,919 daily) at both its Fifth Avenue and Cloisters locations.

With 6.2 million visitors, 400,000 up from the previous year, the British Museum (BM) reclaims its title as the UK’s most visited museum after being ousted from the top spot by Tate Modern in 2018. Its most attended show of 2019 was Manga (1,920), which was more popular than a free show of the BM’s collection of Rembrandt drawings (1,823).

But it is Tate Modern and Tate Britain that have the most cause to celebrate as both had a record year. Tate Modern welcomed 6.1 million visitors—230,000 more than in 2018—despite none of its shows ranking as high as its 2018 Picasso exhibition (2,802 visitors a day); its top two exhibitions of 2019 were its Pierre Bonnard display (2,388) and Christian Marclay’s The Clock (1,890), which attracted more visitors in London than it did at its 2012 showing at New York’s Museum of Modern Art (1,547). Around 1.8 million headed to Tate Britain: it had a 536,000 uptick in visitors—422,000 of whom turned up for the popular Van Gogh and Britain exhibition.

Last year’s 35-day government shutdown in Washington, DC had a significant impact on visits to the city’s publicly funded museums, which closed for most of January. Overall visitorship to both the Smithsonian American Art Museum and National Portrait Gallery, which share a building, was down by 604,000. The Renwick Gallery was down by 500,000 and the National Gallery of Art by 330,000. The Hirshhorn, however, bucked the trend to welcome 891,000 visitors—nearly 10,000 more than in 2018.

The Art Newspaper has published its annual attendance survey in some form for more than two decades. While the data collected for this year’s report reflects the usual fluctuations in visitor numbers across museums worldwide, the period covered predates the widespread effects of the Covid-19 (coronavirus) pandemic. It is worth noting, too, that some museums in Asia and Italy were not able to take part in the survey as they were closed during our research period. We would like to thank the press officers at museums worldwide for their assistance. The outbreak, combined with an increased awareness within the art world of the scale of the climate crisis, are leading to a change in thinking about the role of museums and exhibition-going. Next year we may find that Art’s Most Popular is measured more by digital engagement than footfall.