Topping a million visitors: how MCA Australia broadened the appeal of contemporary art

With more than a million people through the doors annually since 2015, the museum is a case study in how to expand audiences 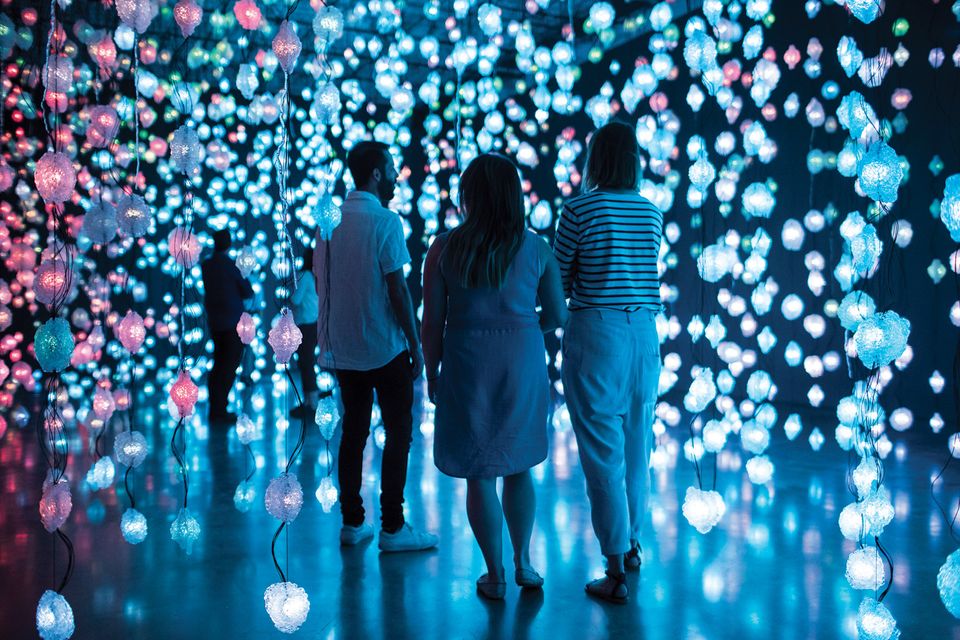 In years when Yayoi Kusama’s infinitely popular Infinity Mirror Rooms are packed away, it is not easy for museums specialising in contemporary art to reach a broad audience. Household names inside the art world often have little mainstream recognition. The museum cannot fall back on a Picasso or Van Gogh blockbuster. Attendance at contemporary-only museums reflects this, with important institutions such as the New Museum in New York, the MCA Chicago, and the Hammer and MoCA in Los Angeles, all receiving fewer than 350,000 visitors in 2018.

The Museum of Contemporary Art (MCA) Australia in Sydney, on the other hand, has drawn more than a million visitors annually since 2015 and last year came in at the top of its category with almost 1.1 million, surpassing spaces in bigger cities such as the Serpentine Galleries in London (770,000 across two venues) and the Ullens Center in Beijing (905,000). Of the MCA’s visitors, 40% are international and 46% are between the ages of 20 and 34.

“Having started my career driving a bus around Scotland taking exhibitions on the road, I have a great belief that contemporary art should and could be for everyone,” says Liz Ann Macgregor, the director of the Sydney institution since 1999, when it was on the verge of bankruptcy and its exhibitions drew fewer than 100,000 visitors a year. (Her first curatorial job was for the Scottish Arts Council’s travelling gallery on board a converted bus.)

Macgregor’s priority has been to make the MCA more welcoming to more people. She quickly eliminated the general admission fee, reserving it for special exhibitions only. She says the move has also paid off financially, with income from the cafés, bookshop and donations box compensating for the loss in ticketing. “As one of my colleagues says, you charge them to get out,” she quips. The museum has a mixed financial model, with 22% of its AU$22m ($15.6m) operating budget currently coming from the government, 24% from private and corporate donors and the rest from earned income.

Most dramatically, Macgregor oversaw a AU$53m ($37.5m) expansion that in 2012 added a new five-storey wing with education facilities and an open-air rooftop café offering picture-perfect views of the Sydney Harbour Bridge and Opera House. Attendance, which had been steadily growing, reached 843,543 that year, an increase of 31% on 2010, the last year the museum was fully open. In 2015, the Sydney Morning Herald pointed out that the MCA was becoming as popular as the encyclopedic Art Gallery of New South Wales, “despite receiving just a fraction of its government funding”.

Other changes have been more subtle. Macgregor ensures that curators consult colleagues without art expertise for their wall labels. “Sometimes it’s an IT manager, sometimes it’s a receptionist; it’s about curators making sure their labels are legible to their peers,” she says. She has also built up a “friendly and not patronising” visitor services team of 84, staffed mainly by local artists. “We don’t shy away from putting on difficult art, but we want people to feel comfortable while they engage with it,” she says.

“We are probably the largest employer of artists in Australia: our educators are artists, our front-of-house are artists,” adds Simon Mordant, the chairman of the MCA board, who also sits on the board of MoMA PS1 in New York and MoCA Los Angeles. “I think that is one reason for our success—we place artists at the centre of everything we do.” Mordant is also a big believer in free admission and says that he advocated for the policy at PS1, resulting in free admission for New Yorkers.

The MCA’s exhibition programme has included some obvious draws in the past, such as Christian Marclay’s 24-hour film installation The Clock in 2012, as well as the important survey The National: New Australian Art, held in collaboration with the Art Gallery of NSW and Carriageworks in Sydney. Aboriginal art is integrated into the MCA collection and programming.

The recent Pipilotti Rist: Sip My Ocean show “set a benchmark [in visitor engagement] that I don’t know if we’ll ever reach again”, Macgregor says, with tickets (priced up to AU$17, around $12) regularly selling out during its run from 1 November 2017 to 18 February 2018. In response to the crowds, the museum extended opening hours and introduced an “unplugged” evening, meant to be selfie-free.

Macgregor believes that the timing of the show struck a particular chord. “It was the time that #MeToo had just started and we put on this woman artist who unashamedly revels in women’s bodies.”