With interest in non-fungible tokens growing fast, the legal questions are testing the experts 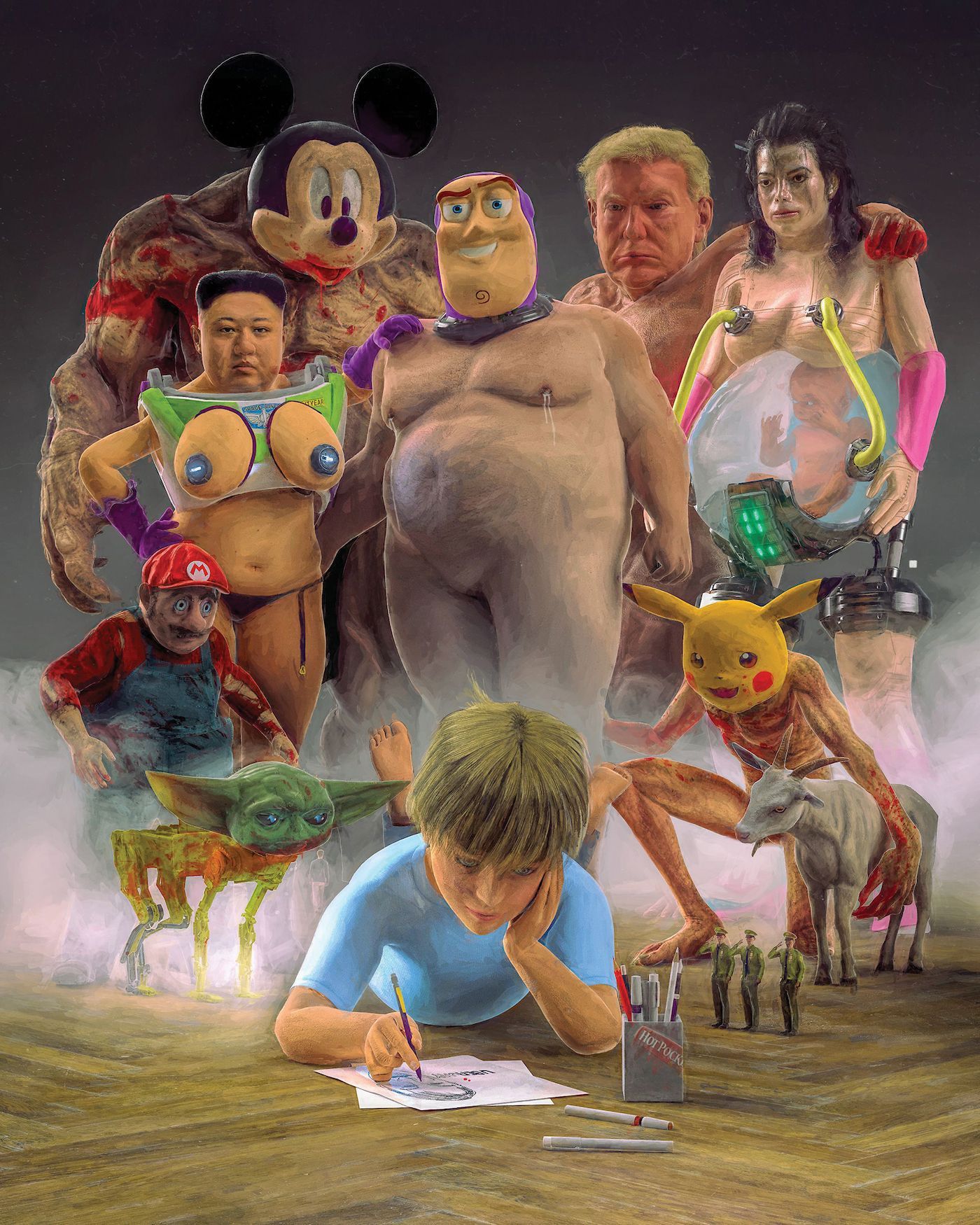 A detail from Beeple’s Everydays: The First 5000 Days; after its $69.3m sale, the work is the NFT market leader, but other tokens are already selling for seven-figure sums Image: Christie’s Images Ltd; © Beeple

Shockwaves from the $69.3m paid for Beeple’s NFT (non-fungible token) of his digital work, Everydays: The First 5000 Days, continue to reverberate around the world. And alongside cryptocurrency-rich investors looking for a quick profit, scammers and fraudsters have entered the space amid the frenzy.

NFTs are lines of code minted on a blockchain that represent a digital work “living” on another platform on the internet. While $69.3m is by far the record for an NFT, other tokens have started selling for six and even seven figures, fuelled by the currently rampant market for cryptocurrencies and the belief that the market can only go up.

Last month a Singapore-based “GlobalArtMuseum” tweeted a series of NFTs made from images culled from major museums, claiming that 10% of all money raised in their sales would be given to the institutions. They included the Rijksmuseum, Cleveland Museum of Art and the Art Institute of Chicago. After ten days—and a critical press article—the site announced: “Our 1st NFT social experiment has ended. A global conversation on NFTs has finally started with a big bang.” Or a whimper, since the site only had 143 followers at that time.

Meanwhile, forgers are piling in, ripping off artists’ work and minting NFTs for them, or even creating fake sites for crypto wallets into which unsuspecting artists might put their earnings.

So what are the legal issues? These mainly involve copyright, ownership and the artist’s moral rights. “In the past, it has rarely been worth fighting copyright claims in the field of visual arts, as legal costs have been too high compared to the financial value of any potential outcome,” says the art and intellectual property lawyer Jon Sharples of Canvas Art Law.

“Licensing intellectual property rights can be a complicated business and is usually the subject of detailed negotiations with lawyers involved. Clearly the frothy world of NFTs does not lend itself to that dynamic and there is a lot of potential for misunderstandings,” he says.

While there have been many infringement of copyright suits for physical art—for instance, Jeff Koons’s recent case in France—according to Sharples, there are no good instances of such cases involving digital art. Yet.

Ownership is another potential problem. An NFT is just a link to a work of art stored on another platform—OpenSea, Nifty or other. But is the buyer sure that the vendor has good title to that work? What if the host site goes out of business? The digital art would disappear with it. And is the buyer getting the right to commercialise the image? 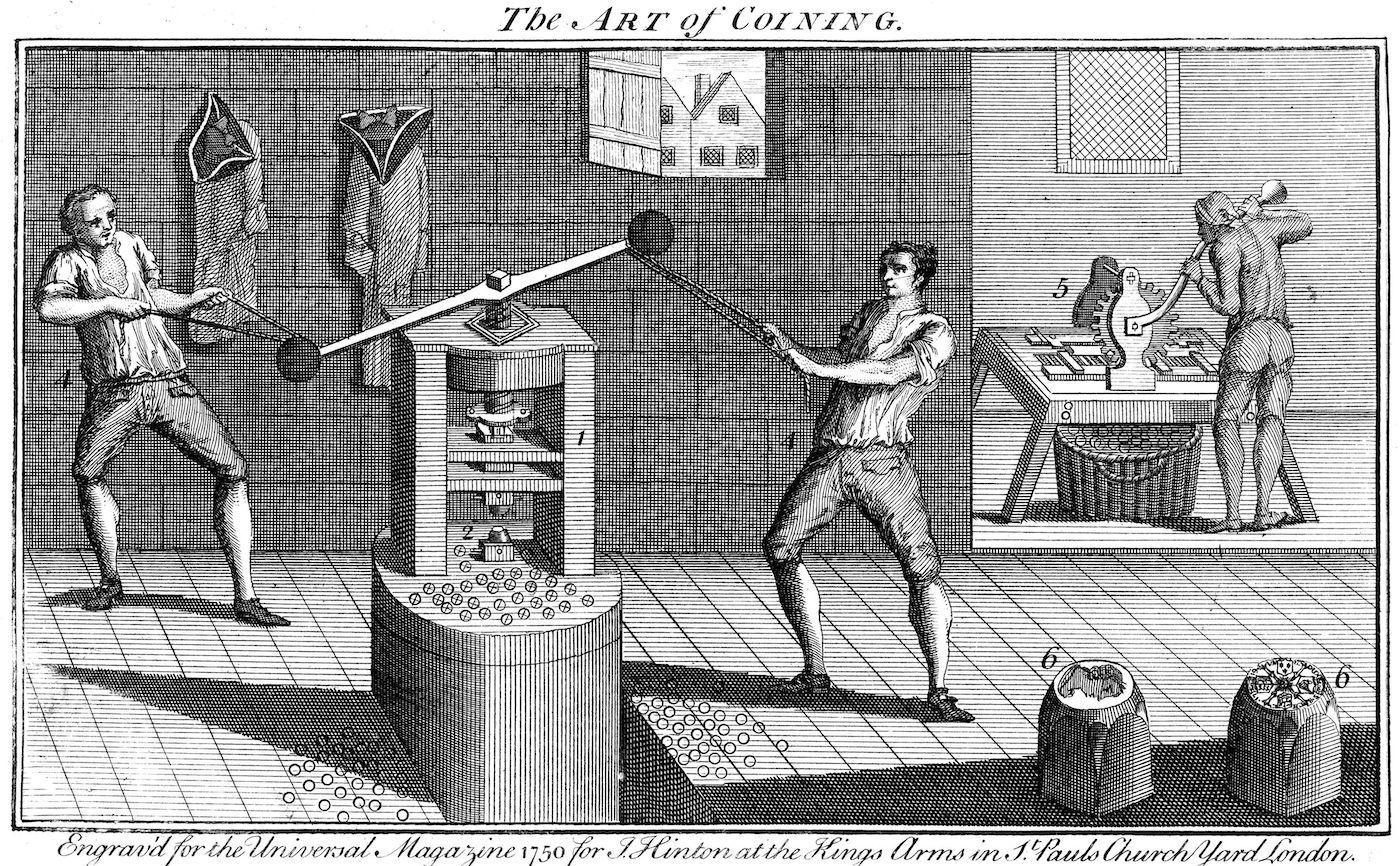 Unlike tangible coins, NFTs are minted on the blockchain and represent digital works of art Image: © Alamy

“The buyer really needs to do some due diligence—for example, to make contact with the artist in advance and ensure they are really creators of the work in question, have good title to it and have consented to the creation and use of the NFT and the related use of the artist’s IP/copyright, including any future resale of the NFT. Buyers also need to check that the platform is reputable,” advises Simon Stokes, a partner at Blake Morgan and specialist in the field of intellectual property (IP). Is the vendor really the owner of the art in question? Stokes also recommends checking whether the NFT and related contract, and the underlying blockchain technology used, allow resale and on what terms.

Jonty Wareing, a London-based web architect, posted a Twitter thread in March digging into “how NFT’s actually reference the media you’re ‘buying’”. In short (almost) layman’s terms, the actual media content of the NFT you buy is often hosted on the servers of a website run by the start-up from which you bought it, with the NFT providing no more than a link to that content—and so it is not secured on a decentralised blockchain. So if that start-up goes bust or the link is broken, your NFT could be worthless, or at least “empty”. Wareing concludes: “NFT’s are built on an absolute house of cards constructed by the people selling them. It is likely that every NFT sold so far will be broken within a decade. Will that make them worthless? Hard to say.”

That is bad news for buyers who have bought “unstable” NFTs but, Sharples says, “good news for rights holders whose rights have been infringed because it will mean that takedown requests—and perhaps court orders—against the website host will be effective, which they would not be if the content itself were stored on an immutable blockchain.”

Then there are the artist’s moral rights. These vary between countries, but basically protect the work’s attribution and integrity, and ensure it is not subjected to derogatory treatment. The recent case of a Banksy work being burnt with an NFT recording the event poses interesting questions. Stokes asks: “Once the work is destroyed, what does the NFT represent? And minting is likely to require a licence from the creator, so the artist’s IP is not infringed.”

Sharples refers to the case of a couple of Faroese artists who wanted to cut up a Tal R work: they lost a court case because they were altering the work. “Making money out of publicising an event such as burning a piece of art, via a NFT, is highly likely to infringe the artist’s moral rights,” he says.

One thing seems sure: this suddenly monied NFT world is going to offer plenty of new work to one group at least—specialist art lawyers.