Experts weigh in on alleged art forgery ring in Michigan

Art historians explain why the work of lesser known artists with rising markets, like George Copeland Ault and Gertrude Abercrombie, might become the target of a fakes scheme 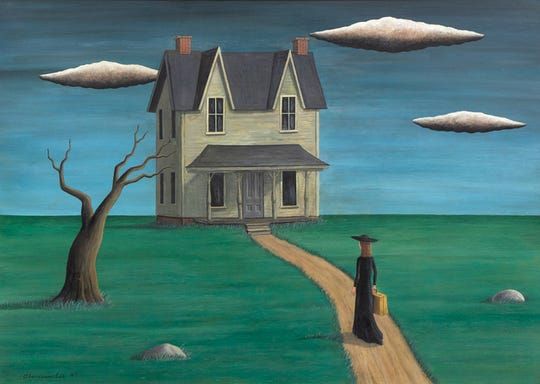 Coming Home, purportedly by Gertrude Abercrombie, sold at auction for $93,750 last year. The FBI is investigating it as the product of a suspected forgery ring

Earlier this month, the FBI raided a home near Traverse City, Michigan as part of an investigation into what it described as a national crime ring, according to the Detroit News. The property belongs to the artist Donald Henkel, 60, who authorities accused in a sealed affidavit of allegedly selling counterfeit paintings and sports memorabilia in a multi-million-dollar, years-long scheme, with conspirators in California, Florida and Virginia, although no arrests have been made. What makes this case interesting is that, unlike the forgeries that contributed to the demise of the Knoedler gallery in 2011, which included fakes of blue-chip artists like Jackson Pollock and Mark Rothko, these involved the work of artists who—while important art historically and with rising markets—do not attract the same public attention.

So far, eight paintings are being investigated by authorities as forgeries, sold as genuine works by George Copeland Ault (1891-1948), Ralston Crawford (1906-78), and Gertrude Abercrombie (1909-77). Alexander Nemerov, an art historian on the faculty of Stanford University, and the author of To Make a World: George Ault and 1940s America (2011), said the works supposedly by Ault and his fellow Precisionist painter Crawford were good. “Usually forgeries, even if they’re well-painted, are tone-deaf pastiches of an artist’s recognisable moves and themes,” Nemerov says. He points to one piece, titled Morning in Brooklyn, which includes patterned clouds that “seem imported from some other kind of Ault painting”, Nemerov says. That work was sold to the Hirschl & Adler gallery in New York for $270,000. “These were very beautiful — fake or not," Elizabeth Feld, the gallery's managing director, told the Detroit News. “Whoever did this is quite an accomplished artist — just not the artist he or she purported to be.” 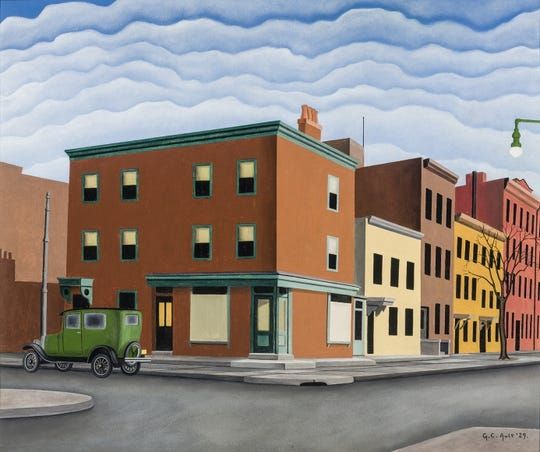 Morning in Brooklyn, supposedly by the artist George Ault, was sold to Hirschl & Adler gallery for $270,000

Nemerov adds that that is not anything particularly easy to forge with Precisionist art. “Forgers are versatile,” he says. “Look at all the fake—and really terribly fake—Jackson Pollock paintings out there.” But since Ault was a curmudgeon and recluse who removed himself from the New York scene, “it makes all the sense in the world that there’d be unknown Ault paintings out there,” he says. “And he’s more and more popular, since he’s a (relatively speaking) affordable variant of Sheeler and Hopper.”

As for Abercrombie, the Chicago surrealist painter, rumours had been flying around about potential forgeries on the market for years. “I did know that there was a market in fake Abercrombie's — perhaps it is something about her style, but moreso, I think she was a relatively unknown artist, whose market value was rising very quickly,” says Janine Mileaf, the executive director and chief curator of The Arts Club of Chicago. Mileaf organised the 2018 exhibition, A Home for Surrealism: Fantastic Painting in Midcentury Chicago, that included paintings by Abercrombie.

The curator, writer, and Chicago gallerist John Corbett believes Abercrombie’s stylistic traits also make her an easy target. The 2018 show at Karma gallery in New York helped to put her in the spotlight nationally. “Her work has an unusually wide range of levels and degrees of finish,” Corbett says. Abercrombie made a voluminous amount of work for art fairs, he adds, thus one might find one that lacked the finish of other, more refined paintings. She also worked in series and made copies of her paintings.

“There is actually a repository of data on her art that is an almost failsafe resource,” Corbett says, referring to the art historian Susan Weininger, whose essay for a 1991 exhibition in Illinois was reprinted for the Karma show. Weininger worked with the late artist and curator Don Baum, who was the executor of Abercrombie’s estate. And Abercrombie kept fairly elaborate records of her work through about 1960.

Weininger was aware of a number of forgeries that had been offered at auctions over the years. “I have been concerned about it for a long time. This was a really beautiful forgery very nicely done,” she says of the work Coming Home, which was sold at auction for $93,750 last year and is now being investigated by the FBI. “Some of them are not, some are very clearly forgeries.” 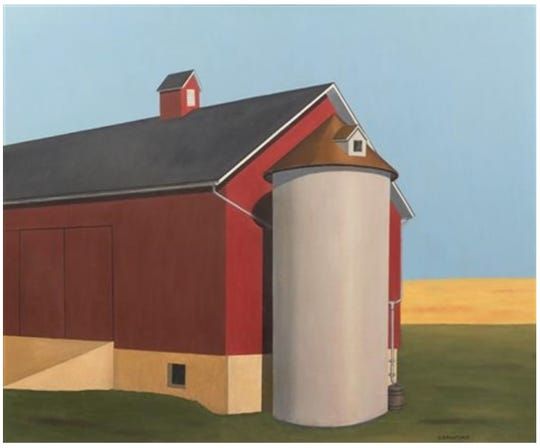 D.B. Henkel received $299,000 from the sale of the painting Smith Silo, that he said was by artist Ralston Crawford

Coming Home and another work supposedly by Crawford were sold at Hindman Auctions in Chicago. “Last year, a reputable client, with whom we have had a long relationship, approached us with concerns about the authenticity of one of the works they had purchased,” says Jay Krehbiel, the co-chairman & chief executive officer at Hindman Auctions said in an email. “After considerable investigation, including scientific analysis, their painting was found not to be authentic. It was at that time that we reached out to the FBI as the forgery was extremely sophisticated. As the investigation into that initial work grew, we came to doubt the authenticity of Coming Home as well. Both works are connected to the FBI’s ongoing investigation.” No works by Abercrombie from earlier sales at Hindman are under investigation.

Nemerov believes Ault would have gotten a kick out of the whole situation. “It would have confirmed everything he misanthropically believed about the dishonesty of the world,” he says.