While international exhibitor numbers are up again, the Midwest collectors base proves elusive 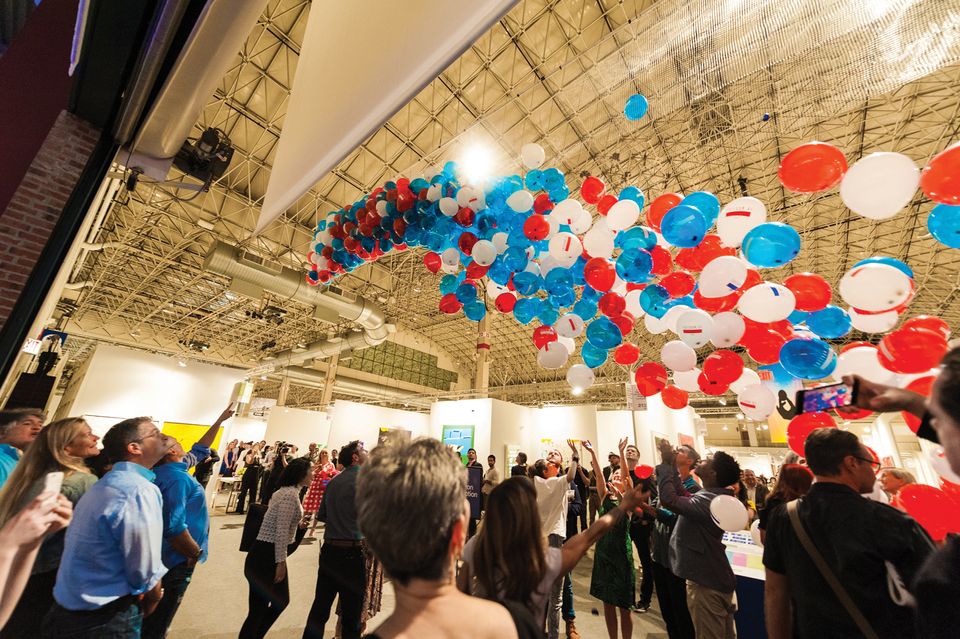 Now in its seventh edition, Expo Chicago continues to widen its reach beyond America’s Midwest, welcoming galleries from the United Arab Emirates and Colombia for the first time to Navy Pier. But as the Modern and contemporary art fair swells in international status—this year there are 135 exhibitors from 27 countries—Windy City dealers are weighing up whether it is worth the booth fee.

Jim Dempsey of the Chicago-based gallery Corbett vs Dempsey has exhibited at Expo Chicago since its inception and believes it continues to “outdo itself” on programming and outreach. However, he says: “What is harder to define is its ability to bring collectors.” Despite the participation of local heavy hitters like Kavi Gupta and Rhona Hoffman as well as big international names such as David Zwirner, overall sales have remained modest to low in past editions.

Several of the city’s younger galleries, however—including Document, Patron and Western Exhibitions—have opted out of the fair in recent years. Emanuel Aguilar, who co-founded Patron in 2015, says that the numbers simply do not make sense for a new gallery, even if the fair is local. He says the price of a booth in the Exposure section, which is dedicated to galleries opened in the past eight years, is roughly the same as for a similar space at Art Basel Miami Beach where there is a much larger pool of collectors.

“We shared the cost and collaborated with another gallery last year at Expo, and our booth was outstanding,” he says. “We had a lot of engagement but we still didn’t see a profit.” Instead, Aguilar has invested in senior sales staff this year. “We love the attention the fair brings the Chicago art community—it’s valuable. But there’s more happening for us at our shows right now.”

Smaller galleries are not the only ones foregoing Expo Chicago. The addition of the blue chip gallery Gagosian made waves along the lakefront last year, yet it is not returning this year, suggesting that while bigger galleries may want a presence in the Midwest market, the collector base is not yet solidified.

This lag may just be growing pains. Tony Karman, the fair’s president and director, says the city’s legendary art fairs of the 1980s and 90s still hold a lot of sway in the international marketplace. “There’s not a gallery in the world that doesn’t want a buyer base here,” he says. While Karman wants to capitalise on that, he adds that the fair’s goal is also to entice people “who have never experienced what Chicago has to offer”, the likes of which are promoted by the fair’s extra-curricular programming, led by Stephanie Cristello.

“Becoming a civic ambassador is a process, it takes time,” Karman says, adding that interest from dealers and collectors in Central and South America has grown recently.

Corbett too has seen more international collectors at the fair in the past two years, and believes the trend will hold. He thinks the fair helps keep the broader art world aware of major shifts in the Chicago gallery scene. “It keeps Chicago on everyone’s mind,” he says.