How big is the Picasso 'brand' in China? 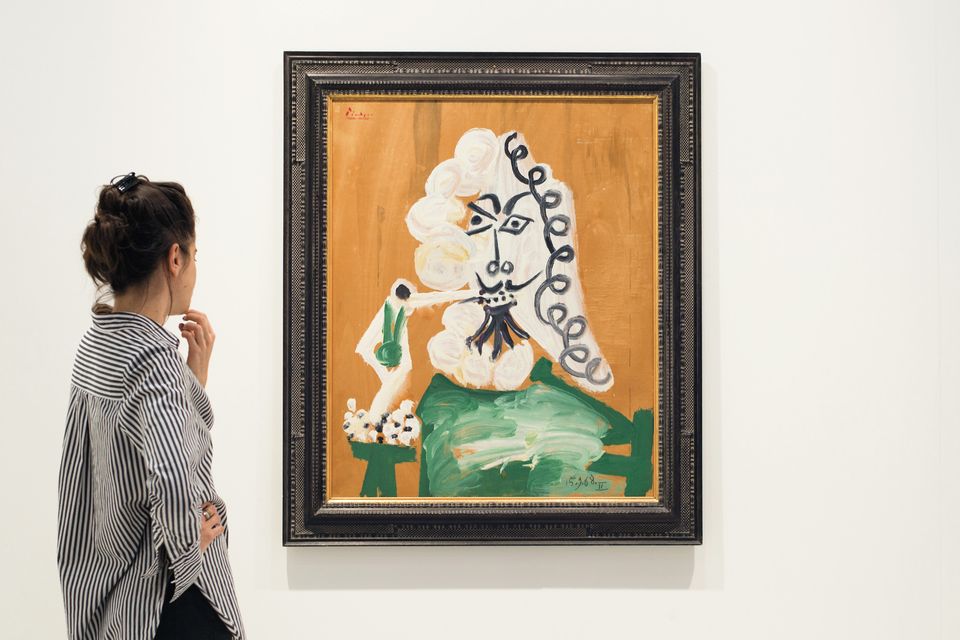 This Saturday (31 March), Sotheby’s Hong Kong is offering a 1924 painting by Picasso of Juan-les-Pins on the French Riviera, estimated at HK$5m to HK$8m ($640,000-$1m), in its Modern art evening sale. This is the first oil painting by the artist to be auctioned in Hong Kong and it goes under the hammer on the final day of Sotheby’s show in its S/2 gallery, which pairs portraits by Picasso dating from the 1930s to the 1970s with portraits by the US artist George Condo.

Meanwhile, at the Hong Kong Convention and Exhibition Centre, where Art Basel in Hong Kong is taking place, the auction house is showing four paintings by Picasso consigned by the artist’s granddaughter, Marina Picasso, as part of a display of Western works that are “available for immediate purchase”, according to David Schrader, the head of private sales at Sotheby’s. These include a 1952 painting of the artist’s five-year-old son Claude that has never been displayed publicly.

This multi-pronged Picasso marketing strategy follows years of efforts by auction houses to promote the artist in Hong Kong and in mainland China, efforts that have paid off handsomely, they say. “In recent years, most of Picasso’s major portraits and figurative works, in particular those from the 1930s, at auction [worldwide] have gone to private collectors in China, Taiwan and Hong Kong,” says Jasmine Chen, the specialist at Sotheby’s who organised the Picasso-Condo show. 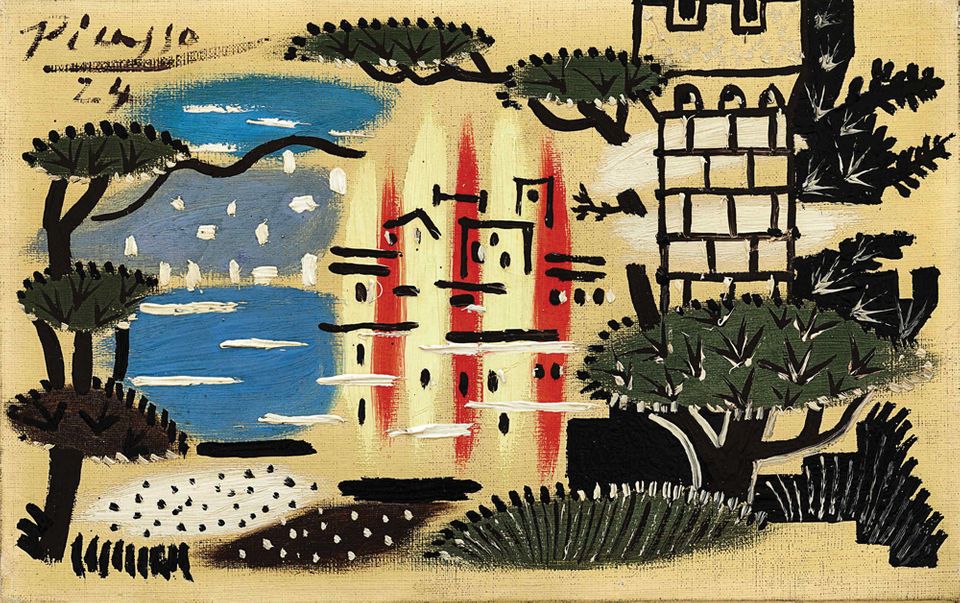 Picasso’s success in the London sales in March, and the opening of Tate Modern’s first solo exhibition devoted to the artist (Picasso 1932—Love, Fame, Tragedy, until 9 September), are likely to boost Chinese interest further. “Chinese collectors are very aware of the global market; they follow international developments very closely,” says Alexandre Errera, an art adviser based in Hong Kong.

These collectors have also had the opportunity to see Picasso’s art in their own country. The first significant presentation of his work in China came as part of a $27m donation to the China National Museum of Fine Arts, Beijing, by Peter Ludwig in 1996; the German collector’s gift included three paintings and one ink drawing from the artist’s late period. In 2003, 25 paintings by Picasso were unveiled by France’s then president Jacques Chirac in an exhibition in Beijing, and Paris’s Musée Picasso lent 48 paintings to the China pavilion on the former site of the Shanghai World Expo in 2011.

To date, there are only two named Chinese collectors who have bought major paintings by Picasso at auction, but Giovanna Bertazzoni, the co-chairman of the Impressionist and Modern art department at Christie’s, says that Chinese interest runs much deeper than that. She expects that we will soon see paintings by the artist on display in some of China’s many private museums. For example, the Long Museum in Shanghai, run by the collectors Liu Yiqian and Wang Wei, “has long expressed an interest in Picasso”, she says. Bertazzoni, who travels to China every two months, visiting cities including Nanjing and Shenzhen, where she regularly lectures on Picasso, says that collectors from the mainland have shown interest in “five or six” paintings by the artist (estimated at between $10m and $40m) that have been auctioned in recent years. “Some of them bought those works,” she says.

Others sound a note of caution. “Picasso is possibly the most recognisable global ‘brand’ in the art market. His work attracts a broad church of collectors, and this does include an increasing number of Chinese buyers… but there’s definitely a tendency to look at trends at the top end of the market and assume that those trends run deep. This isn’t always the case,” says Harry Smith, the chairman and managing director of the London-based advisory firm Gurr Johns, who bought 12 paintings by Picasso in the London sales last month, including a 1937 portrait of Marie-Thérèse Walter for £49.8m ($69m).

When the French dealer Edouard Malingue opened his Hong Kong gallery with a Picasso show in 2010, he sold no work to Chinese collectors. “Since then, the interest of the general public has increased, and a few collectors have acquired top lots at auction. But I am not sure that the market is so much larger than that in mainland China,” he says.

“Although there is continuous buying in China of Picasso through private sales—and I have sold a couple of late Picassos to Chinese clients—we’re unlikely to see anyone building an important group of Picasso’s works there,” Alexandre Errera says, suggesting that Chinese collectors are interested in one-off, trophy purchases. “The Picassos favoured by the Chinese are brightly coloured, of considerable size and with significant wall power,” he says.

“There is a focus on scale, colour and strong figuration, which is often characteristic of Picasso’s later work, so we often see the Chinese looking for later paintings,” says Helena Newman, the chairman of Sotheby’s Europe and co-head of Impressionist and Modern art worldwide.

One such work—Joueur de flute et mangeur de pastèque (1965), depicting a flute player and a boy eating a watermelon—is on Luxembourg & Dayan’s stand at Art Basel in Hong Kong. The stand, which also includes Picasso’s oil-and-charcoal incision on a wooden cabinet door (The Kiss, 1930), has been organised by the US dealer Jeffrey Deitch. “Collecting Picasso is well established [in China]. There is a small but serious and influential group of buyers,” he says. “Many of them have second homes in Hong Kong and New York; the Chinese diaspora is active in this market.”

Meanwhile, Almine Rech, who is married to the artist’s grandson, Bernard Ruiz-Picasso, is offering two ceramics and a black ink drawing, priced between $150,000 and $500,000, at the fair. “There is now a much broader interest in Picasso, and the Chinese are interested in all of the media he used. They also know a lot about ceramics through their own tradition; I think this medium speaks to them,” Rech says.

The Turin- and London-based gallery Mazzoleni has brought Picasso’s oil on wood, Mousquetaire Buste (1968), priced at $9.5m, while Alessia Calarota of Galleria d’Arte Maggiore, Bologna, is offering two works by the artist: a 1904 etching and a 1946 gouache. She says, sometimes, “the West undervalues the knowledge of Chinese collectors. Sometimes galleries don’t bring the best work, but Chinese collectors are really well informed.” 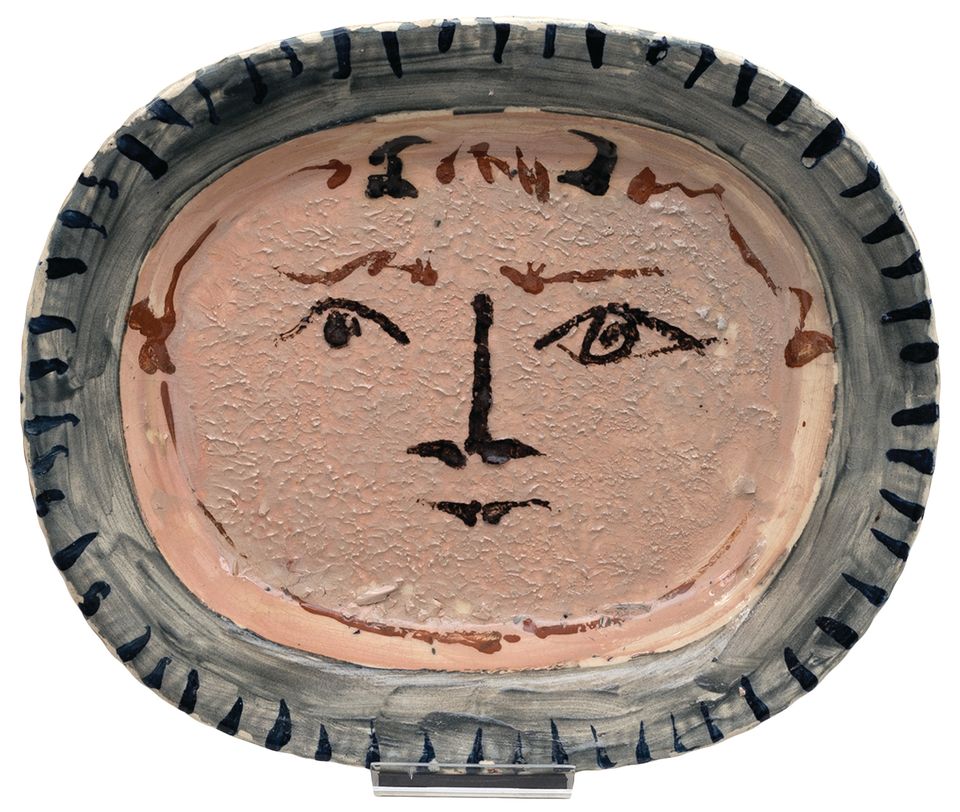 The real-estate and entertainment conglomerate Dalian Wanda Group bought the artist’s Claude et Paloma (1950) for $28.2m (est $9m-$12m) at Christie’s New York in November 2013. After the sale, Guo Qingxiang, who is in charge of the company’s art collection, said: “This painting is Picasso’s masterpiece… so to pay $28.2m for [it]… I think that it’s decently priced, and I’m very satisfied with it.”