On 16 July, 95 days after the fire that destroyed the cathedral’s roof and flèche (central spire), the law that will govern the restoration of the cathedral was finally approved by the French parliament and enacted on 29 July. This new law states that the restoration must "preserve the historic, artistic and architectural interest of the monument", which suggests that the aim is to rebuild the monument in its integrity. The law also limits any derogations—that is, partial suppression— of the existing heritage, planning, environmental and construction codes to the minimum.

In the new power map, there will be one master-mind only, French president Emmanuel Macron, who will directly and indirectly control all phases of an operation that would normally be the remit of the ministry of culture.

The law has created a new agency with vast and wide-ranging powers to be in charge of coordinating and managing the entire operation. It will also receive all the funds raised by national and international subscriptions; manage all work to the immediate surroundings of the cathedral; establish training programmes for the restorers; implement information programmes to educate the public about the conservation process, and establish a scientific council to advise on the key choices that will have to be made.

Half of the new agency’s board will be representatives of the French government, but the City of Paris and the Church will also be represented. The main decision-making figure will be its chairman, appointed by decree, who is most likely to be General Jean-Louis Georgelin, a battle-hardened veteran, former head of the joint chiefs of staff of the French armies, and, until 2016, in the powerful position of chancellor of the order of the Légion d’Honneur, the top French order of merit. General Georgelin will report directly to the president and supervise the entire operation. 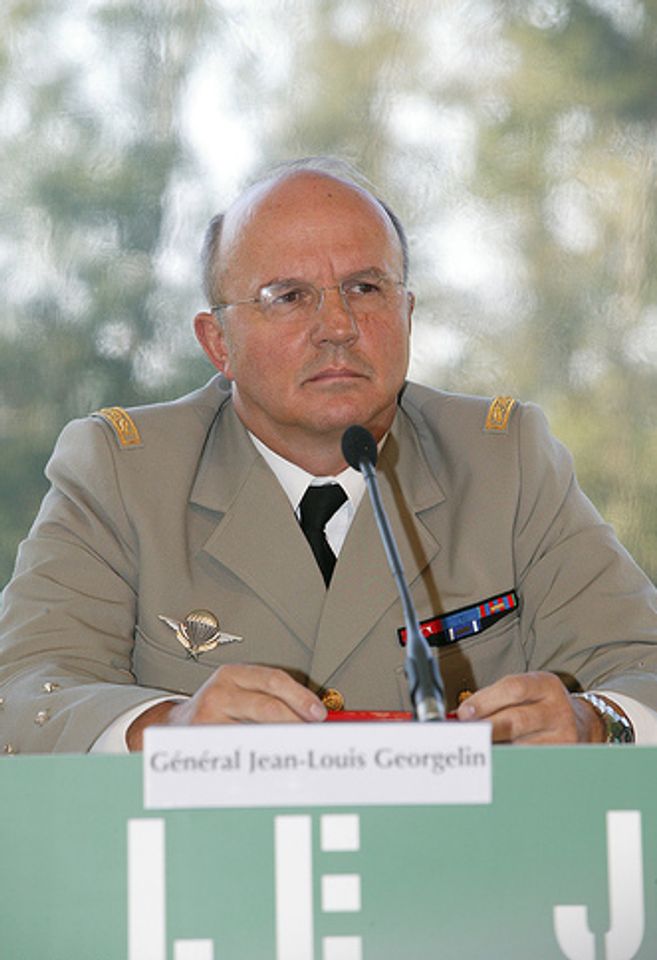 The design aspects of the job will be managed according to the existing heritage code under the chief architect of the cathedral, Philippe Villeneuve. He belongs to a venerable professional organisation, the Compagnie des Architectes-en Chef, which has played a key role in the conservation of French historic monuments since 1907. Given the complexity of the task, Villeneuve has asked for the support of two other chief architects, Rémi Fromont and Pascal Prunet. Together, they will report to, and be authorised by, the minister of culture Franck Riester, while the City of Paris will also be a key partner, at the forceful insistence of mayor Anne Hidalgo.

The Parisian Church has quickly reorganised its ranks in order to manage the collection of funds and control the entire process—always in strict coordination with President Macron, of course. The archbishop of Paris, Cardinal Michel Aupetit, leads, but has delegated management of operations to Patrick Chauvet, the rector archpriest of Notre Dame, and Monsignor Benoist de Sinety, the vicar general, who will represent the Church on the board of the new agency.

Following the fire, the sums pledged by individuals, companies and public bodies reached an astonishing €1bn. The three richest families of France, headed by François Pinault (of the construction giant Christie’s, Gucci and others), Bernard Arnault (of the luxury group LVMH, Christian Dior and others) and Françoise Bettencourt-Meyers (owners of L’Oreal) promised €500m, while Patrick Pouyanné, the CEO of the French oil giant Total, pledged €100m. According to the press office of Notre Dame, by 17 July none of these had paid over any money yet, but given the high public exposure of the donors it is very unlikely that the pledges will be not be honoured.

Three foundations that have so far received funds are mentioned in the new law: the Fondation de France; the Fondation du patrimoine, and the Fondation Notre Dame under the cardinal of Paris. Other organisations have also played an important role in fund-raising. The Centre des Monuments Nationaux, an agency of the ministry of culture that manages over 100 monuments in France, has been very active right from the start, as well as the Friends of Notre Dame, a US charitable association, and there have been other foreign donors as well.

To coordinate the flow of international support, the ministry of foreign affairs has appointed Stanislas de Laboulaye as ambassador for the reconstruction of Notre Dame. The new law has also authorised a national fund-raising campaign and confirmed the previous public financial commitments to the restoration of Notre Dame, including the cost of the studies and project design.

Three months after the fire that almost destroyed one of France’s most famous buildings, the management structure for the titanic task of its reconstruction is now in place, so what will the next steps be? So far, only urgent consolidation and protective work has been carried out and the cathedral is not yet out of danger, as the chief architect Philippe Villeneuve keeps warning. The recent heat wave has brought additional risk because it has dried out the already weakened vaults, which could collapse at any moment; at present, only robots are allowed to work under them to remove the debris.

The key question is, who will actually carry out this huge reconstruction and restoration? Numerous specialist enterprises are currently being employed, many transferred from other restoration sites, but none of them is capable of managing the complexity involved in rebuilding Notre Dame. They are geared to relatively small restoration projects, rarely worth more than €10m, so a major construction firm is needed, capable of acting as general contractor to provide overall coordination. The problem is that none of the large construction firms in France has the necessary skills in the field of restoration, so they will have to rely on the specialised firms. This public tender will therefore be of the utmost complexity and vital to the success of the whole project—a daunting task even for the seasoned professionals now in command of the reconstruction of Notre Dame.

• Francesco Bandarin is an architect and former senior official at Unesco, director of its World Heritage Centre (2000- 2010) and assistant director-general for culture (2010-2018)

CORRECTION: A previous version of this article incorrectly stated that the new law stipulated that Notre Dame be restored according to its World Heritage status and international charters and practices, and asked for a reconstruction respectful of its “last known visual state before the disaster”. This wording was approved by the French senate but was not included in the final version adopted by the French assembly, which only mentions the need to “preserve the historic, artistic and architectural history of the monument.”