The fair was cancelled last year due to Covid-19 but this year was bigger than ever before, at 43 galleries 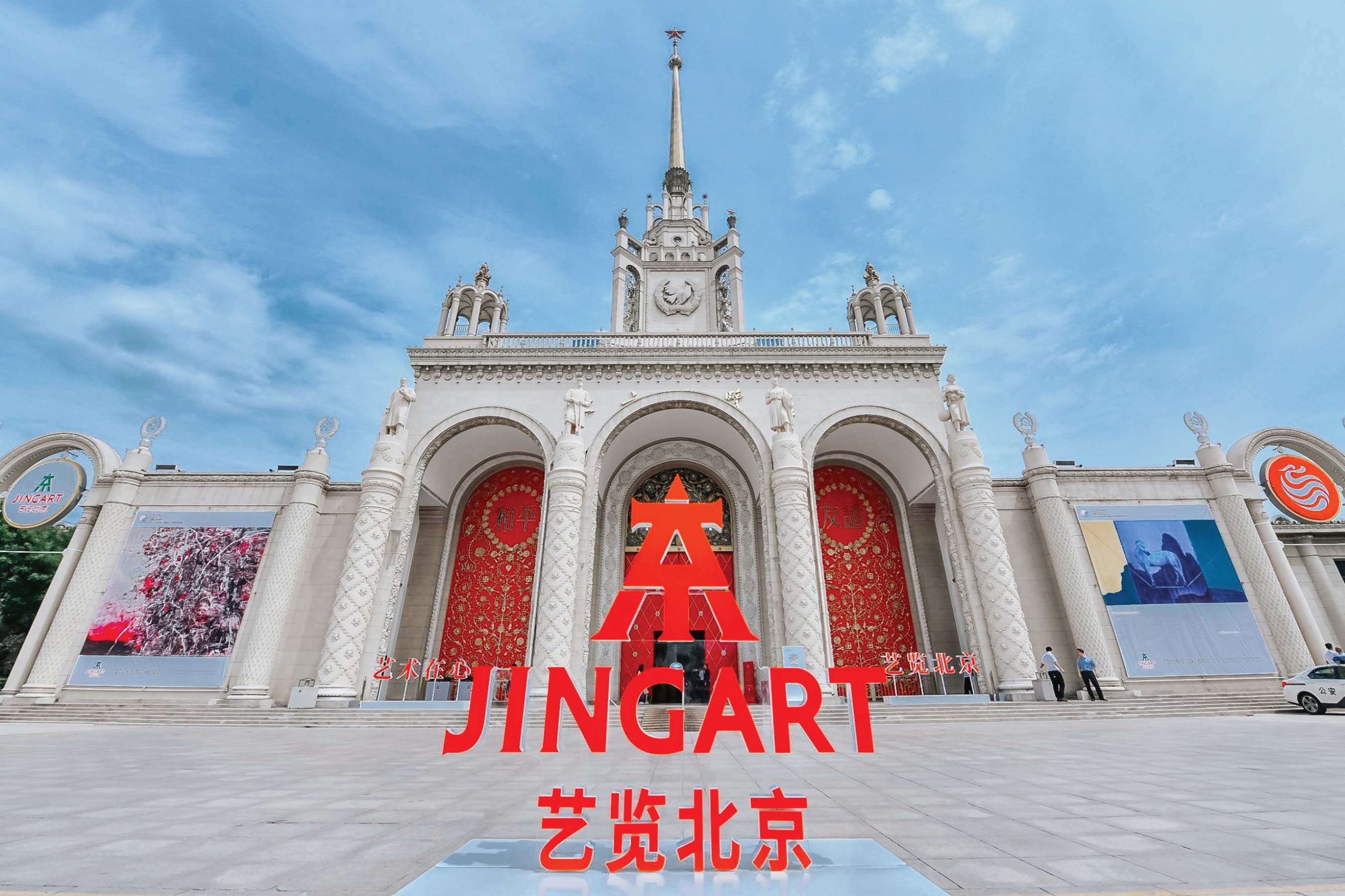 After a one year break due to Covid-19, the JingArt fair returned to Beijing at full size and strength earlier this month, running from 10 to 13 June at the Beijing Exhibition Center.

The comparative quiet of 2020 seems to have sprouted an entirely new crop of collectors in the Chinese capital, and dealers describe a rash of fresh, curious young faces eager to engage.

David Chau, who cofounded JingArt, Shanghai’s Art021 and the upcoming Shenzhen DnA with Kylie Ying and Bao Yifeng, attributes the newcomers to the fair’s partnerships beyond the traditional art world. “We kept a deep long-term cooperation with many luxury brands, commercial real estate, private banks, foundations and other institutions, enabling the art fair to accumulate and cultivate rich and diverse collector systems. The long-term work brings the positive situation that large number of new generation collectors came to the art market.”

Lehmann Maupin, which joined the fair for the first time, “sold to at least six new collectors,” says their mainland China-based director Tiffany Xu. Of the 12 works sold, “collectors are very keen on large paintings priced between US$150,000 to $300,000,” and with an institutional focus. “This year, we have successfully placed major works of Lari Pittman, Angel Otero, Gilbert & George and Billy Childish, among others, with public collections in Beijing, Shanghai, Nanjing and even southern China,” she details. “This iteration of JingArt has cemented the city’s reputation as an incubator of ambitious and sophisticated young collectors. Their eagerness to discover new artists is very impressive."

While largely featuring familiar names and works, JingArt included several surprises, such as Wang Zi’s showcase at upstart auction house Yongle Culture. Wang’s renderings of old Chinese military portraits drip with homoerotica, and his paintings of classic Chinese textbooks subtly subvert their subtexts with longing gazes or a snuck out genital. The officially curated highlight of the programme was a new award, backed by Net-A-Porter, to support young female Chinese artists. Organised by the Los Angeles-based Chinese curator Danielle Shang, the judges include artists Zhou Li and Xu Zhen; the ten nominees include Lei Ziyi, Vivian Vivian Qin, Miranda Zhang Fengyuan, and Liu Wa, but the winner is yet to be announced. 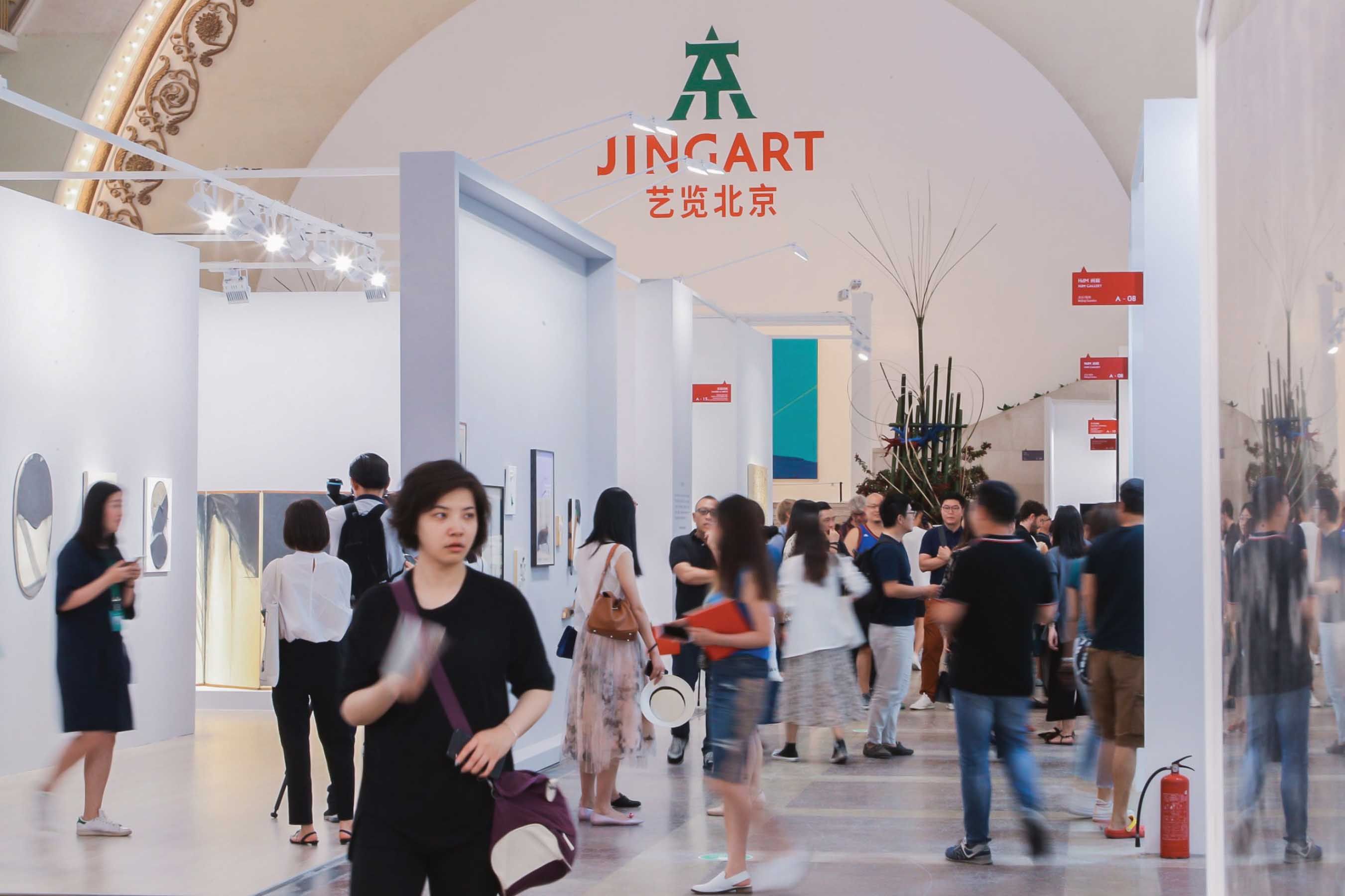 The fair's co-founder Kylie Ying describes the prize as “a very meaningful attempt, because in fact, there is no other similar awards in China, and there are only a few people paying attention to emerging young female artists, so we hope the platform can garner them some attention.” Ying intends the award as an ongoing part of the fair in subsequent years, “to let everyone pay more attention to the situation for young female artists, their ecology and importance.” Though in a “relatively weak position in the entire art industry currently, we must increase their exposure and their opportunity to speak, which will take time,” she says.

International galleries participating this year included Lisson, David Zwirner and Almine Rech, though they are among the 77% of participating galleries with spaces in greater China. The inaugural JingArt in 2018 featured 32 galleries, growing to 41 in 2019. It returned this year with 43 having physical booths, plus another 13 on the digital section, Platform. Zwirner, in a statement from senior director Leo Xu, said they sold “nearly USD$6m worth of artworks from more than 10 gallery artists, including Yayoi Kusama, Michaël Borremans and Carol Bove.” The gallery's team underwent mainland China’s 21-day quarantine immediately following Art Basel in Hong Kong, because “we strongly believe that Beijing has an indispensable significance on the landscape of the entire Chinese art market,” with sales performance doubling or tripling each time.

The top Chinese galleries joining were predominately from Shanghai, including MadeIn, Don, Capsule and ShanghArt, with Beijing heavyweights only represented by Galleria Continua. Beijing’s top galleries are more represented in the homegrown fair Beijing Dangdai (or Beijing Contemporary Art Expo in English) also launched in 2018, by the local curator Bao Dong. Last year Dangdai was whittled down to a small curated exhibition of individual works from its participating galleries, a practice it has continued this year with Futurism of the Past – Contemplating the Past and Future in Chinese Contemporary Art, from 22 June to 31 August at JingArt's venue the Beijing Exhibition Center.

However, the full exposition will return to normal this year, running from 26 to 28 August at Beijing’s National Agricultural Exhibition Center with 57 galleries currently confirmed including Pace, Magician Space and Ink Studios.

“We are pleased to see so many physical events held in the city recently,” says Lehmann Maupin’s Xu. “This is not only a sign of Beijing largely returning to normalcy but also a testament to its resiliency and continuous robust demand for art despite the pandemic. I feel like many collectors are even more active in participating the fair. The pandemic has made domestic collectors even more active and enthusiastic about collecting art.”