Which museums have the biggest social media followings?

Increasingly, the digital sphere is another frontier where institutions battle it out for the attention of culture-seekers 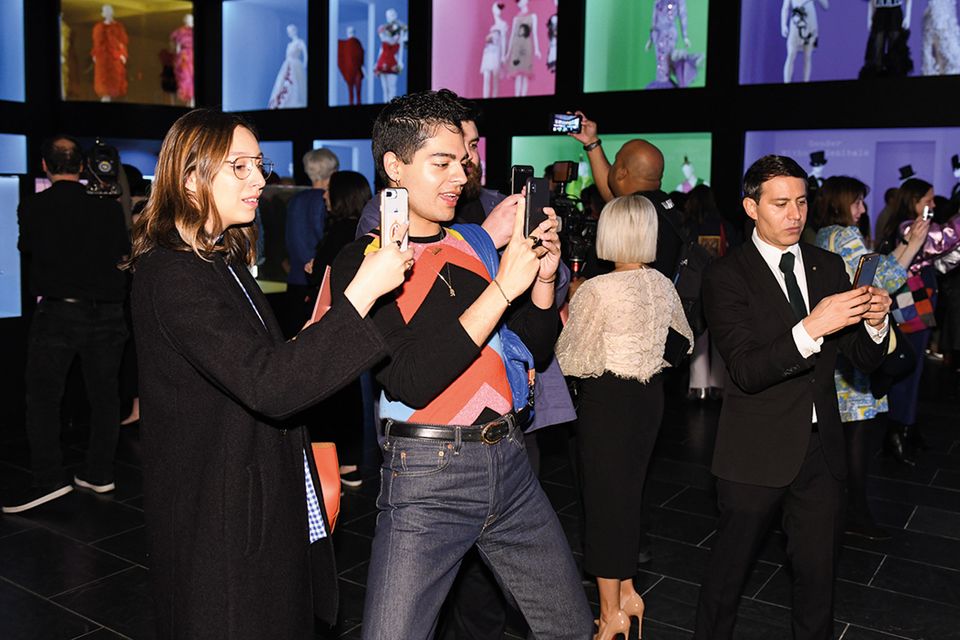 Gone are the days when the number of people walking through the door was the only marker for a museum’s attendance. Increasingly, the digital sphere is another frontier where institutions battle it out for the attention of culture-seekers. The level of social media engagement, the number of likes for posts, and the total followers of an account are all taken into consideration when museums analyse the success of a show or the popularity of an institution.

We have calculated the total social media followers (for Instagram, Twitter and Facebook) for the 100 most-attended museums in our survey to see how their in-person popularity relates to their popularity online. The Museum of Modern Art in New York comes out on top with 12.4 million followers. It was the 31st most-visited museum in 2019 but was closed between June and October for major renovation work (it is usually in the top 20).

Managing social media accounts well is a full-time job. Therefore, many of the larger museums with more staff and resources (and often the highest attendance figures) naturally have the most popular social media accounts: five of the top-ten most visited museums are also in the top ten list of the most followers on social media. New York’s Metropolitan Museum of Art in New York, which is the fourth most-visited museum in the world, comes in second with almost 9.8 million followers. The encyclopaedic museum has two people dedicated solely to their social media. 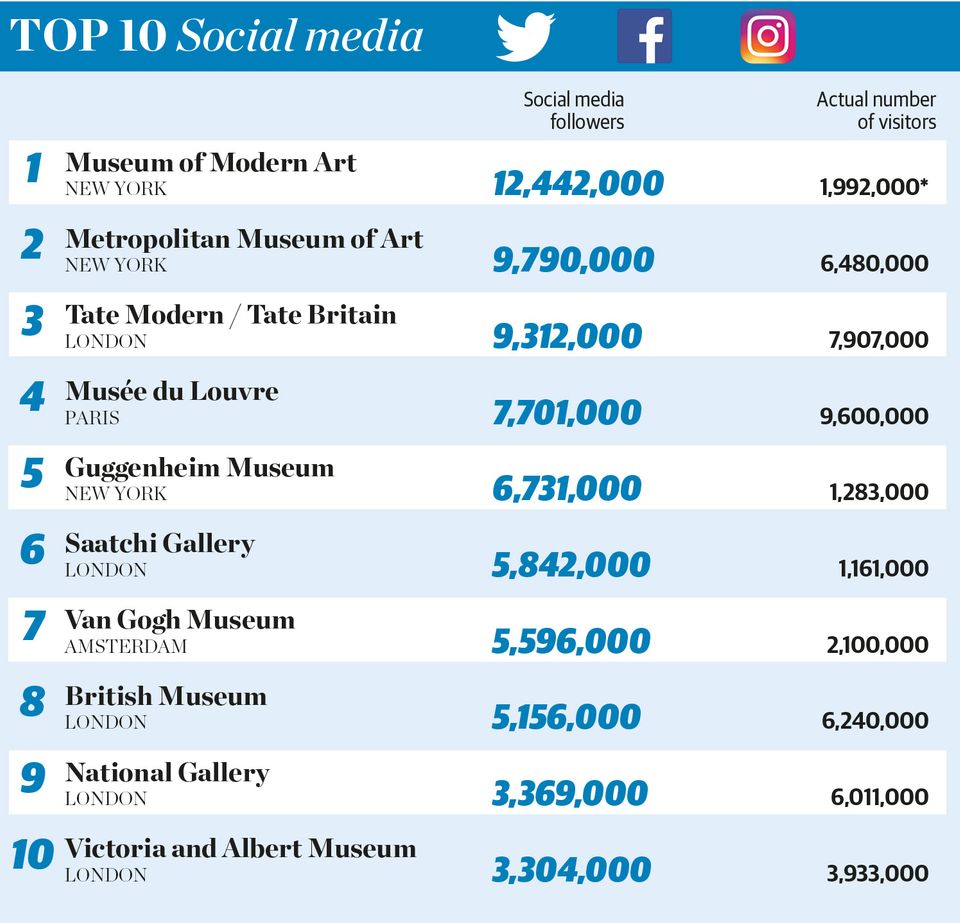 London museums seem to be the most social media-savvy, with five of the top ten most-followed museums based in the UK capital, followed by New York with three. One of the big upsets is the Vatican Museums: while it is third in the global attendance rankings, its social media presence is less impressive, with only 238,000 followers (Pope Francis’s official Twitter account alone has 18.2 million followers).

The realm of social media offers museums an opportunity that is, in many ways, quite liberating and democratic. It is an open forum that allows museums to show the world, at the click of a button, what they have to offer and it allows an institution to shed any limitations it may have, whether it be space, location, or ticket price. Examples of this can be found in our top ten: the Van Gogh Museum, which places 29th for attendance, is able to let its remarkable collection of work by the popular Dutch artist shine for the social media masses, making it eighth in this list.

Surprisingly, the results show that Twitter is the most-popular social media platform for museums. The total Twitter followers for the top 100 museums is 45.7 million, while Instagram has 41.7 million. However, it is worth remembering that Twitter has been around four years longer than Instagram, and the latter will likely overtake it by next year. Meanwhile, Facebook brings up the rear with 32.3 million followers.