AnalysisMuseums in the changing world order

Museums in the changing world order: a question of ethics

In the first part of a new series, Adrian Ellis looks at the increased public scrutiny of museum boards in the social media age 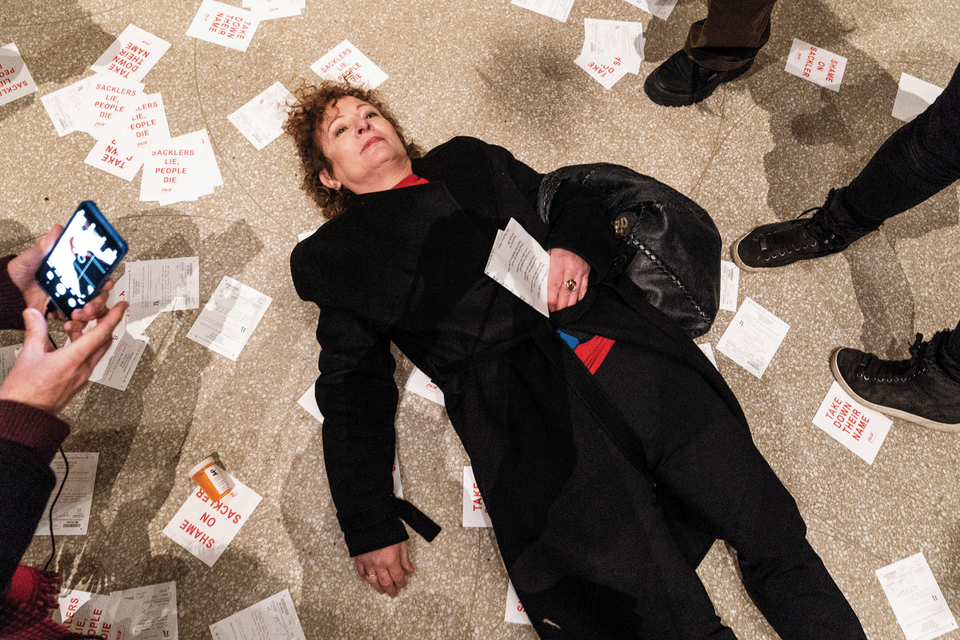 It is an incontrovertible fact, and hardly a revelatory observation, that we are in a period of rapid and accelerating change. Our assumptions about the role of public institutions, our relationship to technology, the character and content of public discourse in the age of social media, the relationship between East and West, and the viability of the Anthropocene are all under constant, minutely calibrated review in the news we read, the discussions we have with our loved ones, and in our 4am night sweats. This new series looks at some of the ways in which museums are affected by the changing world order. This first article explores the increased public scrutiny of museum boards in the social arena, the growing attention paid to the moral and legal standing of public and semi-public figures, and the implications for the character of museum governance and the business model on which that governance is premised.

A number of museums—mostly in New York—have been under pressure from activist groups using protests amplified by social media to promulgate their different cases. The Guggenheim and the Metropolitan Museum are the most recent victims, targeted in the context of the Sackler/Purdue Pharma/OxyContin scandal. Across town, Rebekah Mercer, who has funded climate-change deniers, serves on the American Museum of Natural History, despite a vigorous campaign to shake her loose by a wide range of scientists and curators, again starting in social media and ending up in the New York Times’s op-ed pages. And downtown, the groups Decolonize This Place, Chinatown Art Brigade, and Working Artists and the Greater Economy (WAGE) have joined with Whitney Museum staff to demand that Warren B. Kanders, its vice chair, be removed from the board because he owns a company called

Safariland, which sells “law enforcement products”, including the tear-gas cannisters used by the US government in its confrontations with asylum seekers on the US border with Mexico.

At the end of a public meeting in early February held by activists and staff to strategise about how to call the Whitney to account for its refusal to respond to their demands for Kanders’s removal, the case was made for more research into board members’ interests. Museum directors are understandably nervous about this: one of the less laudable incentives to board service and philanthropy has always been its ability to transmogrify rapidly acquired wealth into social status. John Steinbeck described the robber barons on whose philanthropy many of America’s greatest museums were founded as “wolfish financiers who spent the first two thirds of their lives clawing a fortune out of the guts of society and the latter third pushing it back in”. If cultural philanthropy stalls in its effectiveness as a transmission mechanism for wealth into status, and if there are increased reputational risks associated with board service, then the system will be weakened.

Museum boards generate a significant and increasing proportion of the financial resources required to sustain and grow operations, programmes and real estate. This means that an entrance requirement for board membership at a leading museum—with a few honourable carve-outs—is a requirement to pay tens or sometimes hundreds of thousands of dollars per annum. 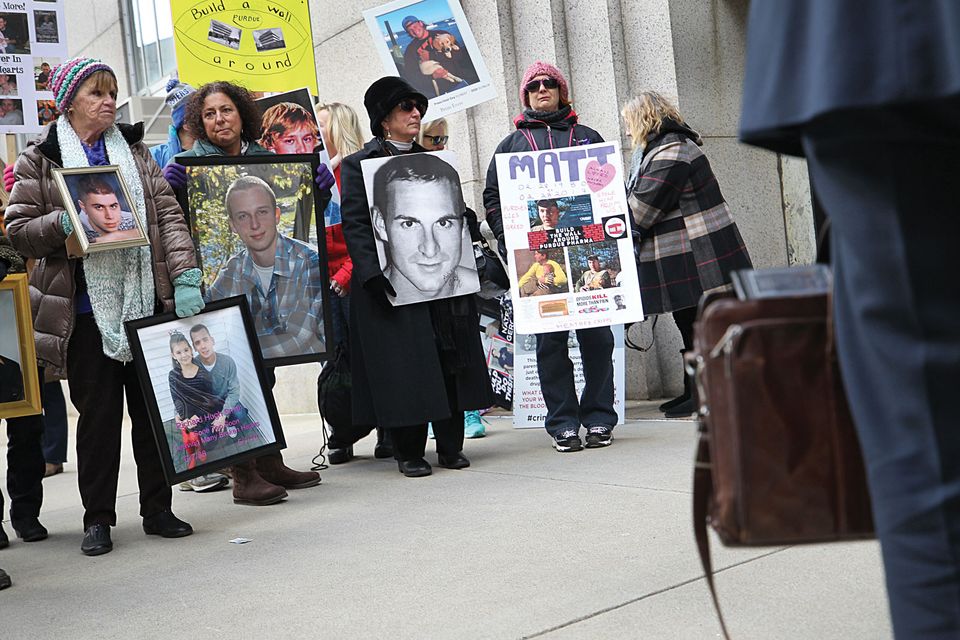 Families affected by the US opioid crisis protest in front of Suffolk Superior Court in Boston as lawyers for Purdue Pharma enter the courthouse for a status update in the Attorney General's suit against Purdue Pharma on 25 January © Suzanne Kreiter; courtesy of The Boston Globe via Getty Images

Social media may simplify and polarise, but the Sackler campaigners’ demands seem reasonable given the scale and venality of the accusations. Indeed, it is possible museums will do exactly what is asked of them: take no more money and seek to expunge the relevant Sackler names from their buildings and programmes. But they will do it slowly. Meanwhile, like other social media initiatives calling out individuals, institutions are caught on their back heel because of the time they take to respond and their attachment to due process. So rough justice is meted out quickly through tweets, questionable moral equivalencies are made between crimes and misdemeanours, and the initiative and moral high ground appear lost to the institutions themselves, which stand accused of feet-dragging.

Daniel Weiss, the president and chief executire at the Met, a prominent Sackler beneficiary, has asked for more time. The museum is “currently engaging in a further review of our detailed gift acceptance policies, and we will have more to report in due course.” Meanwhile, the Whitney’s director Adam Weinberg has sought to protect the right of his board to determine its own composition: “As members of the Whitney community, we have our critical and complementary roles: trustees do not hire staff, select exhibitions, organise programmes or make acquisitions, and the staff does not appoint or remove board members.” Kanders’s response to his accusers at the Whitney was more robust: “Safariland’s role as a manufacturer is to ensure the products work as expected when needed. Safariland’s role is not to determine when and how they are employed. […] That is not an abdication of responsibility, it is an acknowledgement of reality.” Weiss’s response kicks the can down the road, Weinberg’s is based on process not substance, and Kanders’s defence is based in realpolitik. None is likely to satisfy the protesters.

The Sackler case seems more clear-cut and ultimately easier to deal with than the others. The courts will in due course provide a strong cue for everyone. Reynold Levy, the ex-president of Lincoln Center, commented on the Mercer case in the New York Times last year, making a careful defence of political pluralism: “As long as the mission and important portions of the programme are supported by the trustee, what they do in the political world shouldn’t be relevant.” But that does not really get to the heart of things: the question is whether Mercer (and David Koch who did not renew his board term at the museum) meet this proposed minimum standard. The values on which the museum is founded appear to conflict with their stance on climate change; they appear to have commercial interests that are adversely affected by measures intended to address climate change; and they fund lobbyists and think tanks that challenge the overwhelming consensus on the causes and effects of climate change, whether for ideological or commercial reasons.

All three cases go to the heart of what is required of institutional leadership in polarised circumstances. Effective museum leaders absorb and reconcile contradictory pressures, make and communicate decisions that can secure the assent of their stakeholders and funders, and thereby allow their institutions to pursue their missions. Such tensions are inescapable and managing them is what you do as a museum director: trading off between popular appeal and scholarly depth; between the stewardship of valuable objects and widening popular access; and sometimes between workers’ conditions and a balanced budget. The job is to balance those competing demands and communicate that balance in a way that secures sufficient consent among their various stakeholders to retain the mandate to lead and therefore allow their institutions to move forward.

So why are museum directors not taking a bit more initiative here? Almost certainly because close media scrutiny of the moral conduct of actual and potential board members and financial contributors to museums will diminish the appetite to serve and support, and if directors are too outspoken in defence of the status quo they will fuel the debate they wish to dampen. But if they show signs of sympathy with any of the various classes of attack, then they risk standing accused by their boards of exposing them to a moral plebiscite; and then of facing corresponding challenges in recruiting and retaining the board members essential to their museum’s financial well-being. That is a tough gig.

A moment’s reflection suggests these issues are complex and nuanced and not well suited to the summary judgment of social media. Rather, it is that in the current culture war about standards of public conduct, with different groups of stakeholders aligned on different sides, the battle front is running right through the museum entrance lobby. The threat may recede, and this is surely the hope of museum leadership. But this is unlikely; its genesis lies in broader social trends, perhaps compounded by museums’ own restless search for relevance to wider audiences. An effective policy of containment is needed to protect the standing and financial viability of museums under the current model. This requires deliberate action and possibly some triage.