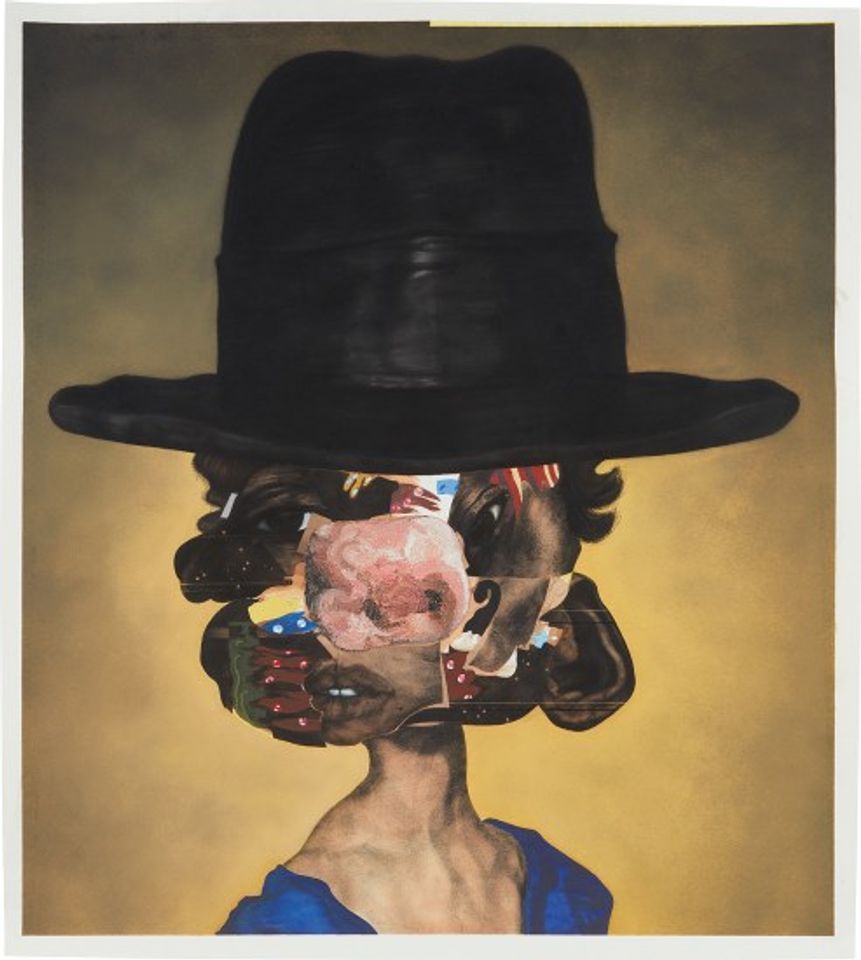 It was the fresher names in the saleroom that brought animation to Phillips Contemporary Evening Sale last night, with the first six lots sailing over their estimates and drawing a much-needed buzz to London’s auctions this week.

The pacey start kicked off with Brooklyn-based Simone Leigh’s Shower Cap (2013) trouncing its pre-sale high estimate with a £140,000 hammer price (£175,000 with fees; estimate £40,000-£60,000). This was promptly followed by the arresting Over Yonder (2015) by Nathaniel Mary Quinn (the artist’s first appearance at auction), which left its own meagre £60,000 high estimate behind and hammered in at £170,000 (£212,500 with fees). Works by Derek Fordjour, Sanya Kantarovsky, Tschabalala Self and Tomoo Gokita consolidated the promising start.

“It’s a clear message that the market is there for relevant, well-priced pieces which respond to collecting trends,” says Olivia Thornton, who was appointed as Head of 20th Century and Contemporary Art Europe for the auction house just earlier this year. 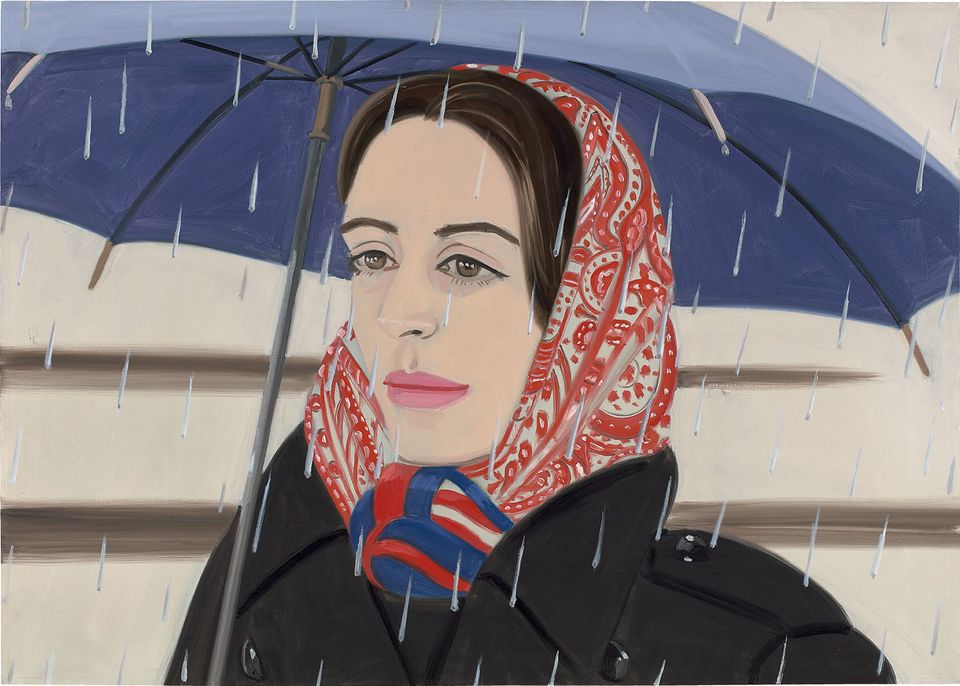 Alex Katz, Blue Umbrella I (1972) sold for £3.4m, a record for the artist Image courtesy of Phillips

A wave of auction records was headlined by Alex Katz’s Blue Umbrella I (1972) which fetched £2.8m (£3.4m with fees; est of £800,000-£1.2m), with others for Leigh, Fordjeur, Kantarovksy and Raoul De Keyser. Hurvin Anderson’s Beaver Lake (1998), from his graduate show at the Royal College of Art, was another top performer with brisk phone and room bids eventually reaching £1.8m (£2.2m with fees).

“The ethos of Frieze week has always been about discoveries,” says the London-based advisor Nazy Vassegh. “[The sale’s] mix of lesser-known artists and accessible price points hit this note perfectly.” 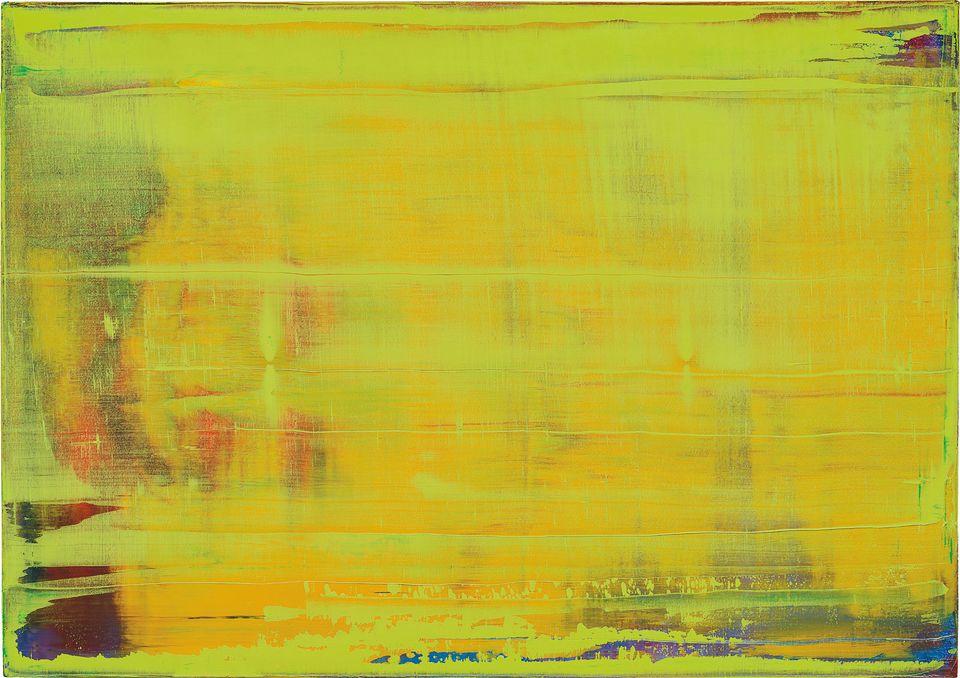 Bidding became more measured but remained deep and international, as familiar names with heftier price points took centre stage. Key pieces settled comfortably in and around their estimates, including Mark Bradford’s Value 35 (2010), which reached a strong £1.6m (£1.9m with fees), if not the dizzy heights of his £8.7m record. A 1994 Abstraktes Bild by Gerhard Richter fetched £1.4m (£1.7m with fees), whilst a 2001 work of the same title struggled to garner much energy or depth of bidding in the room—creeping to a below estimate figure of £400,000 (£495,000 fees).

The total sale fetched £25.8m (a revised estimate of £17m-£24.5m, following the withdrawal of a lot) representing a 28% increase from last year; a reassuring (if not earth-shattering) set of figures for a market in uncertain times.

Phillips evening sale total was 19% up on October 2018, according to the analysts ArtTactic Courtesy of ArtTactic
More AnalysisTopicsArt marketContemporary artLondonPhillips