As programming and expansion plans are halted, innovation kicks in with virtual performances and tours 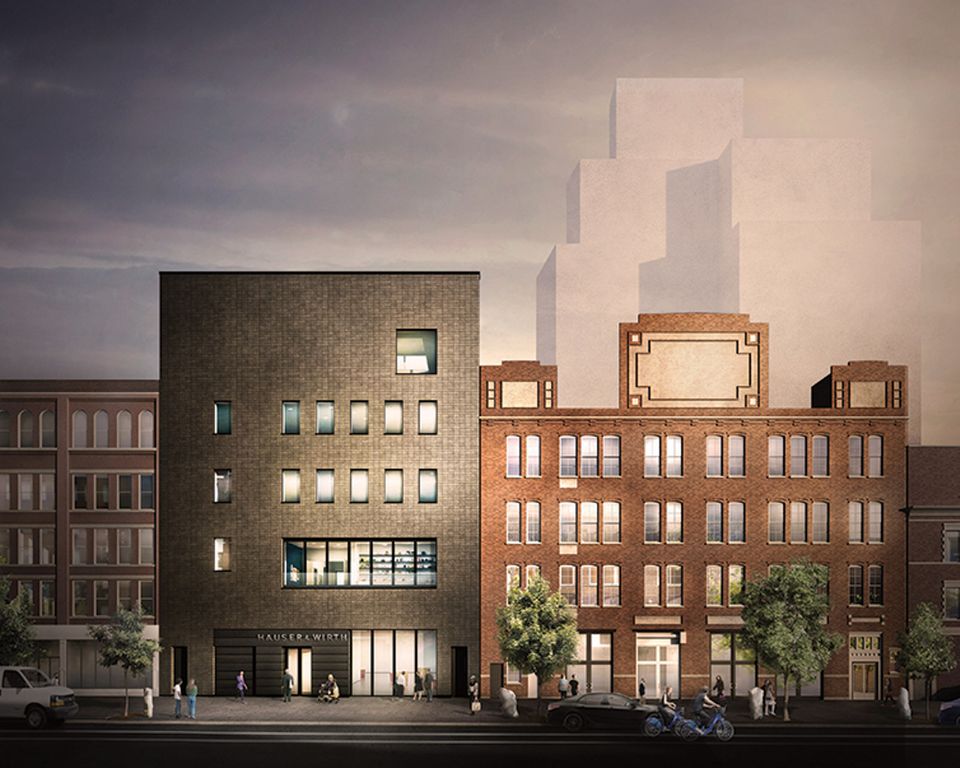 Hauser & Wirth has delayed the opening of its new headquarters in Chelsea, due to open on 2 May Courtesy of Selldorf Architects

As major spring art-world events have grind to a halt amid the coronavirus (Covid-19) crisis, even the biggest galleries in the “city that never sleeps” have been stopped in their tracks, while some have morphed into pseudo-social media influencers.

In New York, an unprecedented joint exhibition spanning Acquavella Galleries, Gagosian and Pace, and featuring $450m worth of works of art from the collection of the late financier Donald Marron, has been postponed due to the city’s crackdown on non-essential business operations in response to the pandemic. The exhibition was set to be the major spectacle of the spring season as the galleries bested the auction houses at securing one of the juiciest estate consignments over the auction houses. Alas, a spokeswoman for the galleries says it will “no longer be possible to secure loans from international private lenders and institutions” to properly represent the collection, whose works were to be displayed across all three venues beginning 24 April.

Other major galleries have also had to postpone their headlining programming and, in some cases, expansion. Hauser and Wirth has delayed the opening of its 36,000 sq. ft Chelsea headquarters at 542 West 22nd Street. “We are committed to meeting the current difficult situation with creativity and confidence,” says Marc Payot, the president of the gallery. “We look forward to unveiling our new space in New York,” he says, adding that the opening is due for the autumn.

In the meantime, the gallery has instead launched Dispatches, a new series of online exhibitions, videos and performances, beginning with Martin Creed's live-streamed performance of both new and old songs on the gallery's Instagram last weekend. Upcoming video features with Phyllida Barlow, George Condo, Matthew Day Jackson, Guillermo Kuitca, Avery Singer and other artists are slated for the future. 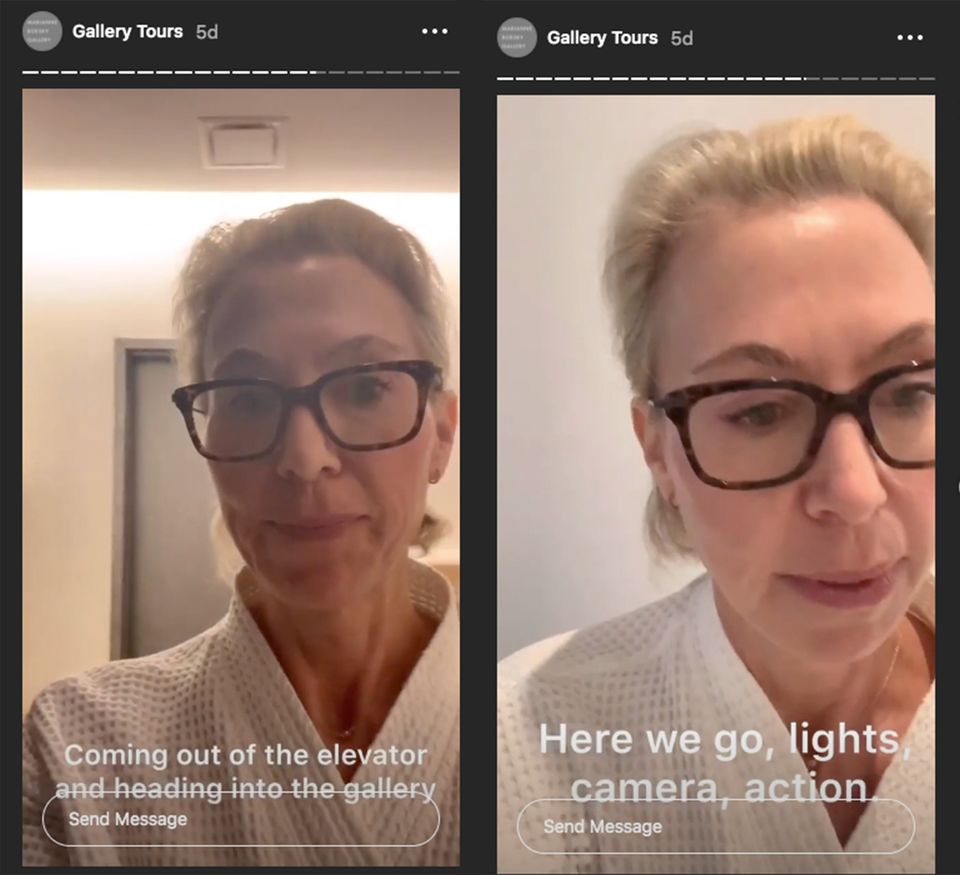 Marianne Boesky has taken to giving near daily Instagram tours of work in the gallery, which she lives above, in her bathrobe while on lockdown in New York Courtesy of Marianne Boesky via Instagram

Many small- to mid-sized galleries are struggling to keep the lights on amid the economic fallout spurred by the pandemic shutdown—and they too are pivoting to video in a much more urgent way. To that end, the Art Dealers Association of America has asked its members to film short videos about the artists in an effort to spur sales. The organisation is sharing the content on its Instagram stories and IGTV, where they have a following of 126,000. So far, the series includes video content from Petzel Gallery, Mitchell-Innes & Nash, Alexander Gray Associates, Peter Blum Gallery, Cheim & Read, Galerie Lelong and Sean Kelly.

Other galleries have taken online social engagement into their own hands—and homes—in attempt to replace footfall with views and shares for the time being. Marianne Boesky, who lives above her 24th Street gallery, has taken to Instagram in her bathrobe to give online tours of the gallery while it is shut to the public. She has also moved up the launch of the gallery’s new website, which debuted its new online viewing rooms today with works by Dashiell Manley, William J. O'Brien and Pier Paolo Calzolari. Boesky says that the viewing rooms will continue to host additional revolving exhibitions alongside gallery shows even after the physical space reopens.

“Even though we are heading into uncharted territory,” Boesky says, “it is so important to remain connected with our audience in these new formats while we practise social distancing.”