Why museum partnerships between China and the West are booming

Cultural institutions have embraced mutual benefits of collaboration, despite challenges of communication and censorship 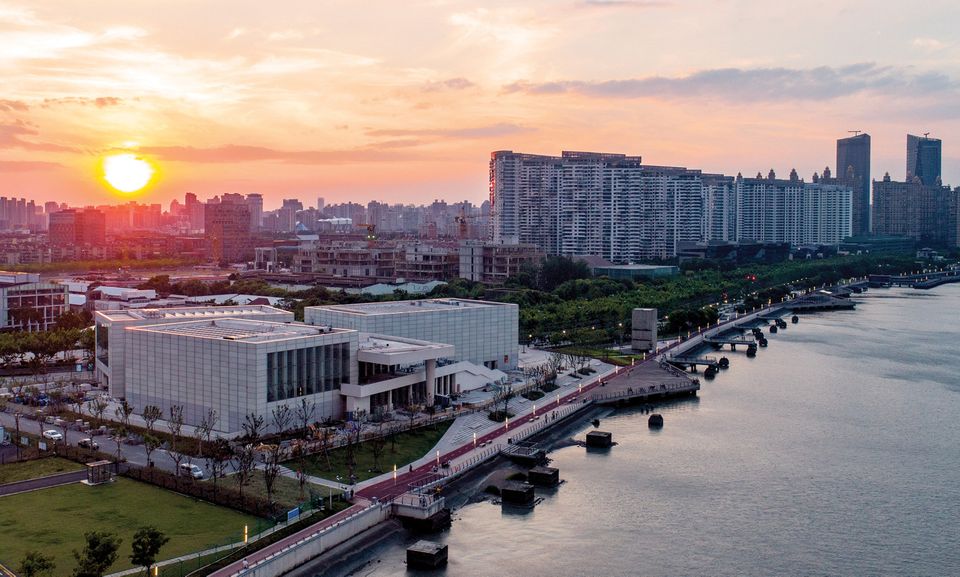 A veritable frenzy of international partnerships is sweeping through mainland Chinese museums. Although the pace of building new museums has slowed, collaborations with overseas, primarily Western, institutions are proliferating, ranging from one-off exhibitions and training programmes to long-term ventures such as the new Centre Pompidou x West Bund Museum in Shanghai.

The partnership craze began in 2014, when the Hong Kong-based art mall chain K11 launched a three-year exhibition exchange with the Palais de Tokyo in Paris, and the Victoria and Albert Museum in London signed a five-year renewable deal to help develop Design Society in Shenzhen, including a V&A gallery that opened in December 2017.

Despite the challenges of communication and different organisational cultures, such collaborations offer a tempting template. Chinese museums have embraced foreign expertise as a remedy for their soggy internal structures, and a fast track to global attention and legitimacy. As well as reaching new audiences, Western institutions are eager for curation and loan fees, access to elusive Chinese art collections and a boost to Chinese tourist numbers in their home locations.

Earlier this year, the Tate in London signed a memorandum of understanding to provide three exhibitions and management support to the future Shanghai Pudong Museum of Art, which is due to open in 2021. Shanghai Art Week last month brought the announcements of an exhibition space in Beijing’s 798 district that will show works from the Musée National Picasso-Paris and the Fondation Giacometti for five years from next June, and a 15,000 sq. m Shenzhen branch of Paris’s Musée Rodin, funded by a group of Chinese collectors and opening in 2023.

They follow a Franco-Chinese partnership more than a decade in the making, the Centre Pompidou’s Shanghai outpost, which was inaugurated on 5 November by the French president Emmanuel Macron during his state visit to China. Centre Pompidou x West Bund Museum will be run with “complete exclusivity” by the French institution, according to its president, Serge Lasvignes. The Pompidou will earn annual fees—reported by French press at €1.4m for the museum’s brand and €2.7m for loans from its collection—over an initial five-year contract period with the state-owned property developer, West Bund Group.

But this diplomatic coup comes with strings attached. Lasvignes confirmed to the New York Times that “fewer than five” works in the first Shanghai exhibition were replaced before the opening, at the request of local officials. In an interview with The Art Newspaper, he said that the Pompidou would “try to understand why such works are inappropriate” while remaining “absolutely free in our programme”. Lasvignes added: “If we cannot do interesting things anymore in the relationship we have with the Chinese authorities, we’ll stop.”

Amid continuing tensions between Hong Kong protesters and the pro-Beijing local government, businesses including Cathay Pacific Airlines, America’s National Basketball Association and Apple have faced a stark choice: self-censor or be banned from China. Museums have largely sidestepped the ethical dilemma of whether engaging with the country amounts to endorsing its increasingly restrictive policies—and whether it will impact on their ability to exhibit politically sensitive art back home.

This August, for example, Australia’s National Gallery of Victoria gave no explanation for declining to host a talk about art and resistance in Hong Kong by the dissident artist Badiucao and singer Denise Ho, which coincided with a major loan exhibition of China’s Terracotta Warriors.

Navigating censorship is an inevitable price of showing in China, according to Cosmin Costinas, the executive director of Hong Kong’s politically outspoken non-profit Para Site, which this year entered a curatorial collaboration with Shanghai’s Rockbund Art Museum. “It is a reality of the context,” he says. “To a certain extent one has to adapt to every context, to the sensibilities of the audience and the authorities. It requires a nuanced response.”

Budi Tek, the Indonesian-Chinese founder of Shanghai’s Yuz Museum, which last month extended its strategic partnership with the Los Angeles County Museum of Art (Lacma) to Qatar Museums, defends the need for Chinese authorities to “review and view every programme that we are going to show” because it ensures visitors are not offended by “things that are not part of the culture in China”. Tek describes the collaboration with Lacma, which envisions the creation of an endowment and a joint foundation, as “a marriage, with no voting and everything unanimous”.

Speaking before the launch of the first Yuz-Lacma exhibition in Shanghai, the Los Angeles museum’s chief executive and director, Michael Govan, said that they are seeking to circumvent the traditional governmental model of Chinese museums and create a “sustainable and also entrepreneurial structure” more akin to Western institutions. Such an approach “would be based on partnerships and other sponsors”, he says, hinting at a level of global interaction well worth the challenges.