In the first partnership of its kind, Phillips and Poly Auction set their sights on Hong Kong 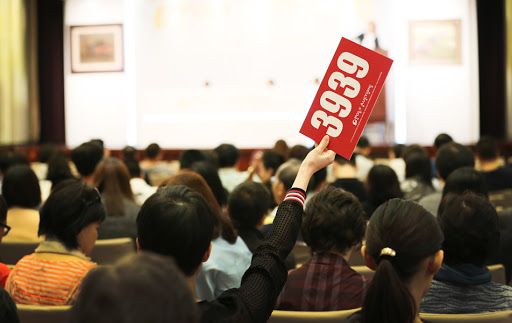 Phillips and Poly Auction will be joining forces to host the forthcoming sales of 20th-century and contemporary art in Hong Kong in November, the first collaboration of its kind between a Western and a Chinese auction house in the city.

The news comes after Christie’s and China Guardian announced they will partner for a series of sales branded as 2020+ in Shanghai in September.

While collaborations between Western and Chinese auction houses appear to be a move to boost business opportunities amid the ongoing Covid-19 pandemic, industry insiders say that the collaboration between Phillips and Poly would be worth watching as compared to mainland China, Hong Kong is still, as of now, a relatively open and international market despite the recent implementation of the national security law.

The joint sales are believed to be mutually beneficial to the two auction houses as one is eyeing up China and the other is hoping to boost its international presence, observers say.

Sales for Phillips in Hong Kong have seen consistent year-on-year growth since its Asia outpost was inaugurated in 2015 and results continued to be strong in recent years despite the widespread global geopolitical and social turmoil of 2019 and the global pandemic in 2020, says Jonathan Crockett, the chairman of Phillips Asia.

The auctioneer’s client base in Asia has also grown tremendously, with a 50% increase in first-time bidders in the first half of this year compared with the same period in 2019, Crockett says. Its 20th-century, contemporary art and design sales in Hong Kong in July raked in US$35m, marking the highest total of this category since Phillips’ launch in Asia. Crockett says 45% of the buyers were new.

“However, our presence in mainland China is in its infancy and we continue to explore avenues to reach the vast numbers of potential clients across the breadth of China. Through this collaboration, we will benefit from better access to mainland China’s domestic market [...] to make Phillips’ brand more visible in mainland China,” Crockett tells The Art Newspaper.

Jiang Yingchun, the chief executive officer and director of Poly Culture Group and chairman of Poly Auction, said in a statement that the group “has high hopes for this collaboration”, which leverages the strengths of both companies.

Phillips will oversee the curation of the sales and its specialists will work with their counterparts at Poly “to source appropriate works together”, Crockett says. Both auction houses have agreed to protect client confidentiality and respective client relationships, he adds.

The sales will take place at the JW Marriott hotel in Hong Kong but will also be available online through Phillips’ app and website. “We are exploring the possibility of having it on the Poly platform for viewing and potentially for online bidding if technically feasible,” Crockett says.

The recent enactment of the national security law, which in the authorities’ words prohibits secession, subversion of the state, terrorism and collusion with foreign forces, has cast uncertainties that have sunk foreign businesses’ confidence in the city.

The US recently sanctioned 11 Hong Kong and mainland Chinese officials, including the city’s chief executive Carrie Lam, accusing them of curtailing freedoms through the implementation of the law. The sanctions have sent shockwaves through the city’s banking and financial industries. In the art auction industry, Crockett says "at this time we do not see current or potential US sanctions on individuals or entities in the Asia region having a significant impact.”

about 5 hours ago
Follow the money: Christie's bets on Hong Kong with vast new headquarters as clients in Asia spend over $1bn so far this year