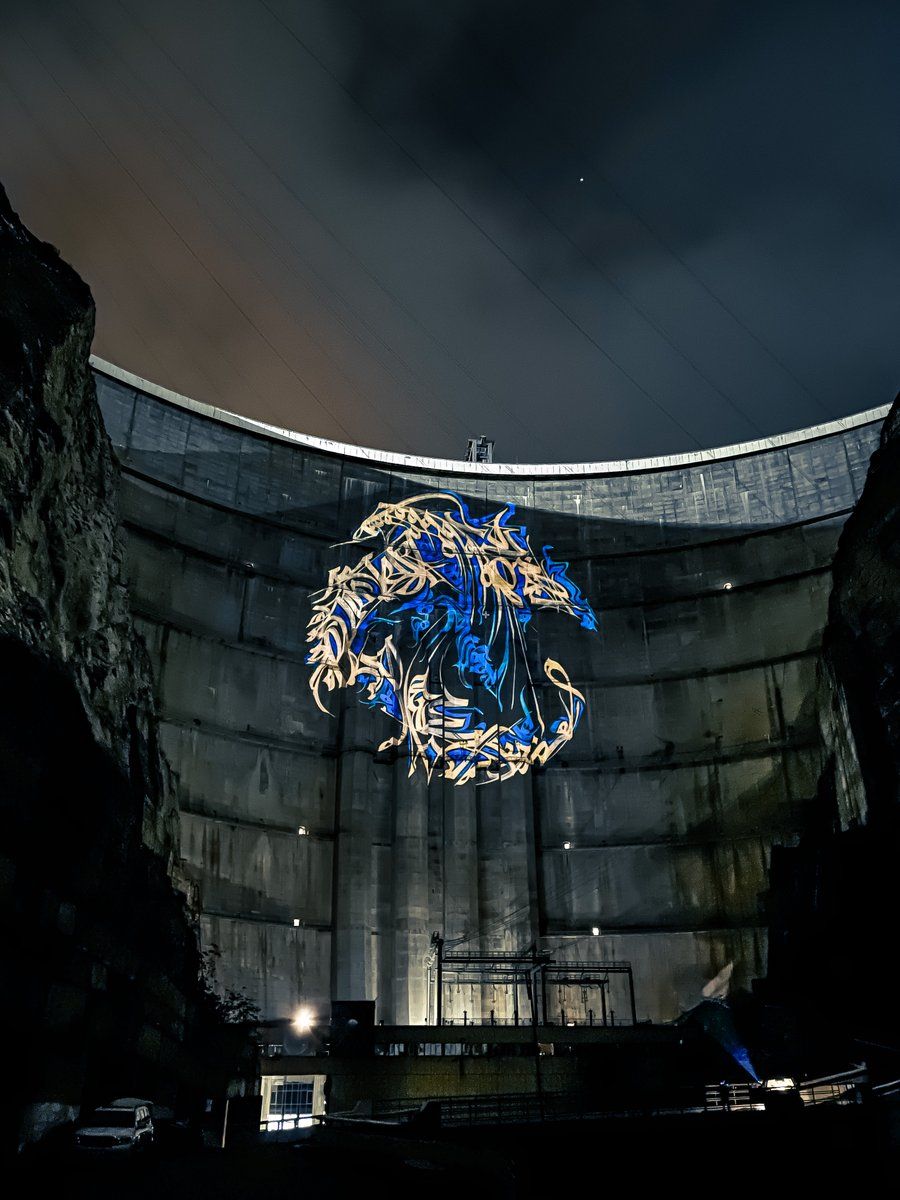 Pussy Riot’s NFT drop to benefit domestic violence victims made headlines earlier this week after the 100 ETH (£128,000) sale of their video Panic Attack on 14 March.

This week, the group announced via Twitter a schedule of NFT drops every Saturday through 3 April on the Foundation app platform. The latest drop coincides with house arrests being extended into June for Pussy Riot members Masha Alekhina and Lucy Shtein for allegedly violating anti-Covid restrictions by participating in protests in support of opposition leader Aleksey Navalny. An open letter this week demanding an end to their prosecution was signed by celebrities including Whoopi Goldberg and Marina Abramovic.

Other Russian artists are also getting in on the NFT craze. On 11 March, the same day as Beeple’s $63.9m sale at Christie’s, street artist Pokras Lampas, who describes himself as the creator of calligrafuturism, was the first Russian artist to sell an NFT—a photo of his calligraphic designs projected on a hydroelectric plant in Dagestan.

“This. Is. Legendary,” tweeted the artist, who had a commission for the fashion brand Comme des Garçons in Dover Street Market, London in 2019, and has made good on a promise to give back to the NFT community, promoting the work of other digital artists in subsequent English-language tweets. Among them are Fuck you digital, a Moscow collective that describes its work as “a manifesto and a spit in the direction of the outdated,” selling collectible digital cards on Rarible. 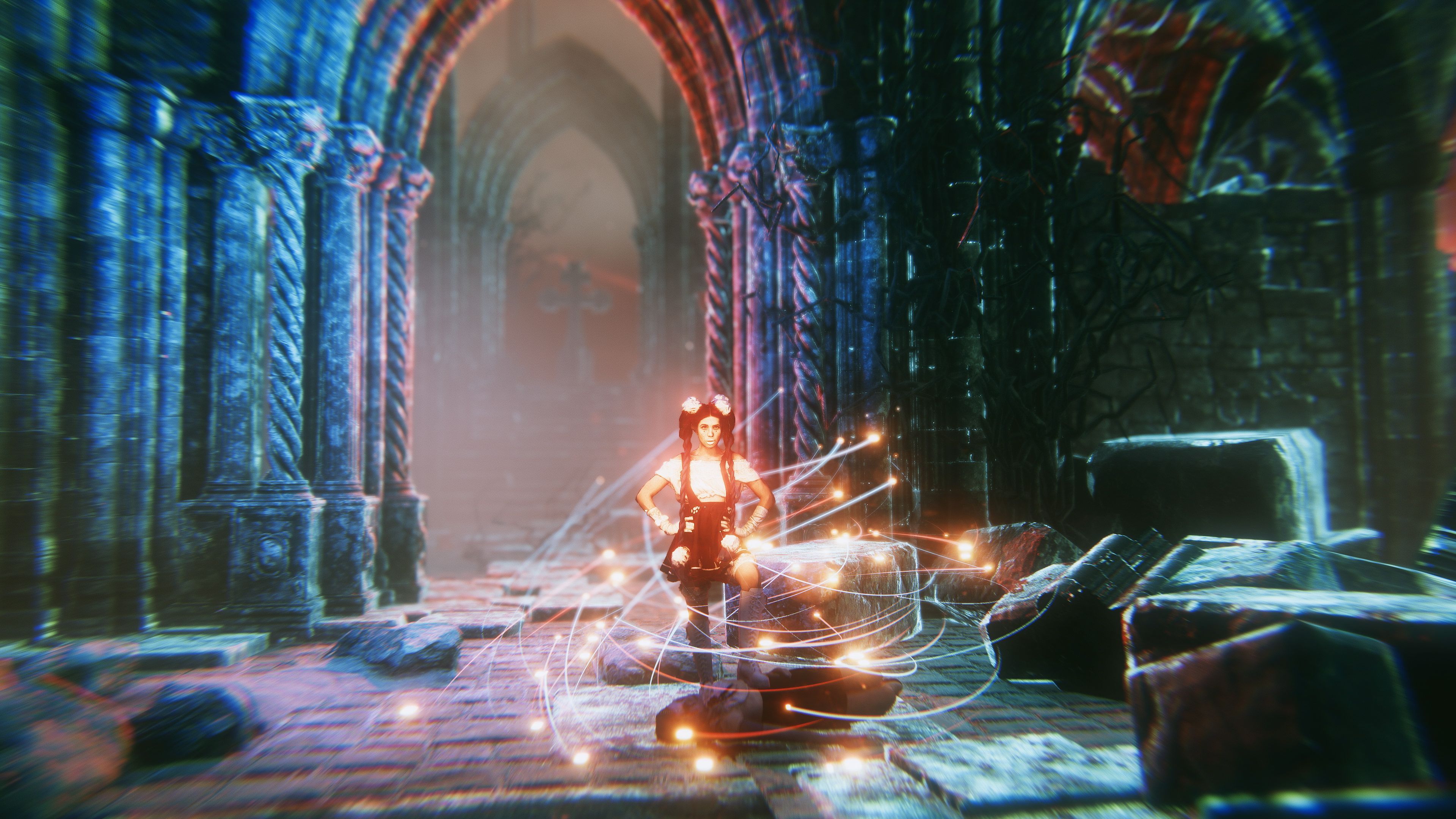 A still from Pussy Riot's video Terrestrial Paradise, which sold as an NFT-backed work for around £128,000 Courtesy of Pussy Riot

Meanwhile, on Clubhouse on 9 March, Anton Merkurov, a Moscow internet strategist and art dealer, used his “room” in the audio app to engineer the spontaneous auction of a painting called Khui (“Dick” in Russian) by the artist Leonid Borisov for $9,000. Anaida Scheider, a financier who has been promoting the use of blockchain for the contemporary art market, facilitated the sale of the work from her online gallery, Artessere (offered by St Petersburg’s DiDi Gallery). After the sale, she declared on Facebook: “There is an art market in Russia!”

Merkurov tells The Art Newspaper that the sale took off during a Clubhouse discussion about the market value of the painting. “One listener appeared who offered $4,500, then others piped in and off we went.” The painting’s name was “a good way to attract attention” says Merkurov, who adds he might hold weekly auctions.

Even before NFTs turned the international art world upside down, Covid-19 lockdowns unlocked a world of social media potential for promoting and selling Russian and Ukrainian contemporary art, upending markets previously known for insularity and irrationality.

The art dealer and collector Maxim Bokser created a Facebook group in April 2020 as a place for friends to buy and sell affordable art directly from and to each other, catchily named Shar i Krest (The Ball and the Cross, after a G.K. Chesterton novel). As the pandemic escalated, so did the group’s popularity, attracting “3,000 members within two weeks,” Bokser says, and growing to over 22,000 members by March 2021, when he suddenly shut down citing the impending end of Covid, at least in Moscow, where museums and galleries are open and live auctions can now be held.

Bokser estimated in February that “around 20,000 works were sold during the first quarantine, no fewer than 1,000 active, functioning collections took shape, ten or more of which have over 500 works”. Cumulative sales had been “around £1m.” A number of well-known artists sold on The Ball and the Cross—all had to adhere to the group’s price cap of 10,000 rubles (around $135) for works on paper and 20,000 (about $270) for those on canvas, either by underpricing their work or creating inexpensive new series. Popular new artists such as Julia Kerner were born. Participating artists had to buy one work for every three sold and after ten sales, a 10% donation was recommended towards purchases for The Ball and the Cross foundation.

A Russian Forbes headline in July 2020 said the group had crashed the market but saved artists during quarantine. In Bokser’s words, it “has forever changed the situation on the art market in Moscow.”

Lea Verny, a Paris-based financier, has bought over 700 works in The Ball and the Cross—her collection was featured in the most recent exhibition, at the All-Russian Decorative Art Museum in Moscow.

“Groups have made art more accessible, in every sense, when the buyer, sitting at home on the couch, views hundreds of works, immediately sees their price, and can, if desired, see other works of the author in the group and even communicate directly,” she says. 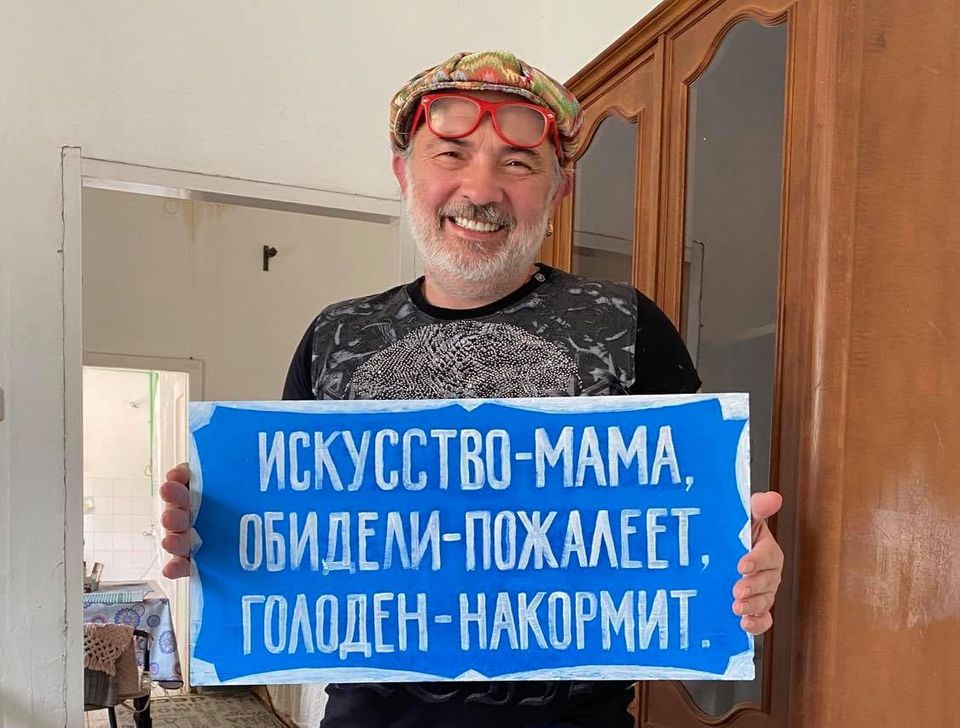 Marat Guelman’s Facebook post announcing his new site Sil Sol. The painting he is holding reads: "Art is your mother, if you are attacked she will pity you, if you are hungry she will feed you." Image: Courtesy of Facebook/Marat Guelman.

Marat Guelman, a Russian art impresario now based in Montenegro, with decades-long ties to the Ukrainian art scene, joined forces last year with Kyiv gallery owner Evgen Karas to launch a similar group devoted to Ukrainian art. It has a hyphenated name, Sil-Sol, the Ukrainian and Russian language words for “salt.” Both languages are freely used in the group, although Karas has had to shut down occasional political disputes. It is still going strong, with over 46,700 members and weekly Facebook Live feeds by Karas to critique works.

Sil-Sol, as the only viable sales platform on the Ukrainian market, has a much higher, more flexible price cap of $2,000 or more.

“In Ukraine the market is very small,” Guelman tells The Art Newspaper. “About 6,000 works have been sold on Sol. That is more than has been sold in Ukraine in all the time since independence.”

Guelman adds: “Before there was talk that there is no market in Ukraine because people don’t like art, don’t understand it, don’t want it. This is what was said for 20 years. Suddenly in six months there are 150 new collectors. It turned out, first of all, that post-Soviet people are embarrassed to ask prices. For them it’s important that they could see the price.” In the group they “suddenly saw a totally reasonable price” and an opportunity to buy for $5,000 not $5m. Guelman and Karas have plans to go offline and create limited edition prints of Ukraine’s most expensive contemporary artists, who have not posted in the group due to pricing.

Guelman has greeted NFTs with open arms, posting a tutorial for artists in the group and announcing the impending creation of a new digital marketplace with Fashion Coin cryptocurrency.