Where a museum's Rockwells had sparked interest in a flagging category, the removal of key lots from the sale dampened spirits 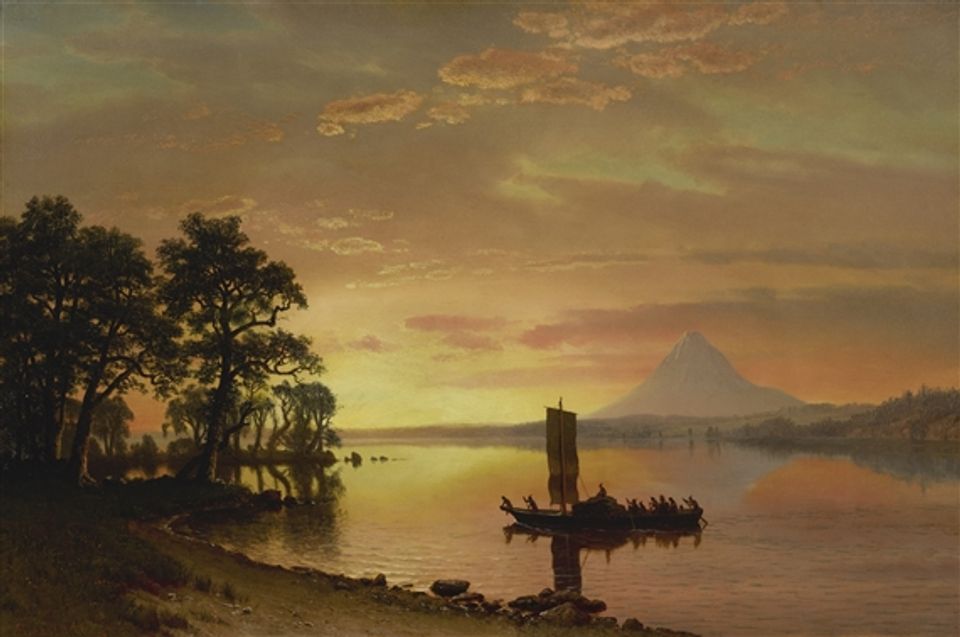 When you expect Champagne and are served Bud Light, you are bound to be disappointed. Such was the case at Sotheby’s on 13 November, when seven lots consigned by the Berkshire Museum of Art—including Norman Rockwell's Shuffleton's Barbershop (1950) and Shaftsbury Blacksmith Shop (1940)—were pulled in the final days leading up to the American Art sale after being blocked by the Massachusetts State Appellate Court. The remaining 77 lots offered some nice things, some good deals, but without the Berkshire consignment, quality as well as quantity were on the thin side.

The sale totalled $19.4m with fees, down from $28.6m a year ago, and was led by Albert Bierstadt's Indians Crossing the Columbia River (Indians on the Columbia River, with Mount Hood in the Distance) (1867), a Pacific Northwest sunset scene that sold for a within-estimate $2.2m with fees.

It is hard to douse acquisitive spirits entirely, but the mood in the room could not help deflating at least a bit, since a third of the catalogue had been pulled. The nicest surprise was the fierce competition for an exquisite cast of Paul Manship's Diana from 1921. The zenith of Art Deco style and held in a private collection since 1944, the bronze soared to $975,000 (with fees), well over its $400,000 to $600,000 estimate and a record for the type.

Mary Cassatt's oil portrait of her favourite nephew, Robert Cassatt, went for $1,455,000 with fees, double the high end of its $500,000 to $700,000 estimate. The Cassatt family has owned it since it was painted in 1883. It is a nice picture, but Cassatt's genius was not in oil but in pastel—and in networking rich Americans in Paris with young renegades like Monet and Degas. 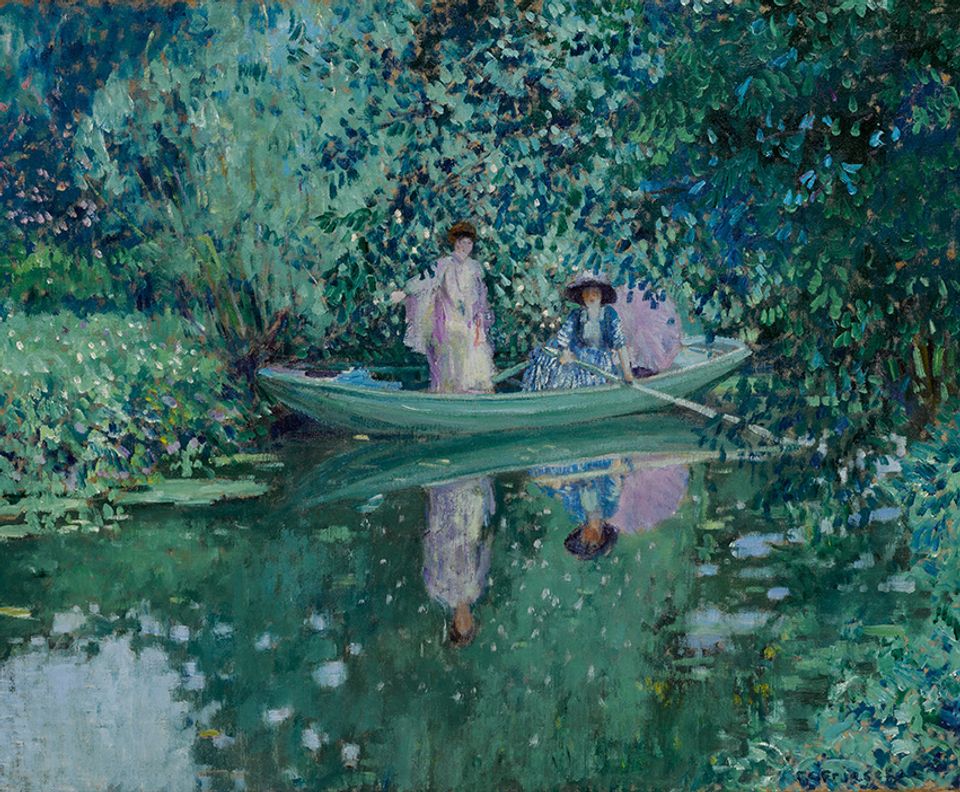 Frederick Carl Frieseke, Gray Day on the River (circa 1908), sold for $1.7m with fees Courtesy of Sotheby's

Rockwell aficionados were out in force, stimulated by the pair of Rockwell masterpieces that anchored the show but were withdrawn, which together were estimated to fetch between $27m and $40m. Among the remainders, a 1950 painting of two old men and a dog went for $855,000 with fees, against an estimate of $300,000 to $500,000. Rockwell's market is unique. The paintings that today go for such high prices were intermediate steps in a process leading to a finished object. There was no market for the paintings in Rockwell's lifetime; they were, to his mind, preparatory drawings, and he painted them with a small scale and shiny, flat finish, in this case for a mass-produced wall calendar for Brown and Bigelow.

The best buy of the night was Sanford Gifford's tiny Venice scene of boats decorated for a procession, painted in June 1869. It went for $100,000 all told—above its estimate of $40,000 to $60,000, to be sure, but it is filthy and, once it is cleaned, will be a sparkling gem its new owner will want to look at again and again.

As for the Berkshire Museum, whose art stood to make $68m this week, time will tell whether continued stewardship of these works will have been worth it—or whether the decision will stand past the injunction that expires on 11 December. With the director on medical leave and out of the picture, the focus is squarely on the trustees who pursued the sale to fund a questionable expansion. The Massachusetts Superior Court, in its since-overturned 7 November ruling, pointed out trustees do indeed have the right to make terrible decisions. They're on the firing line now.