The model challenge: how to capture art in 3D for augmented and virtual reality

The challenges of the Covid-19 pandemic have accelerated the adoption of digital innovation in the presentation of art, from viewing rooms to augmented reality (AR), virtual reality (VR) and mixed reality (collectively referred to as XR). It was telling that at the Talking Galleries online think tank in September, three separate sessions were required to assess recent digital innovation for the art world. 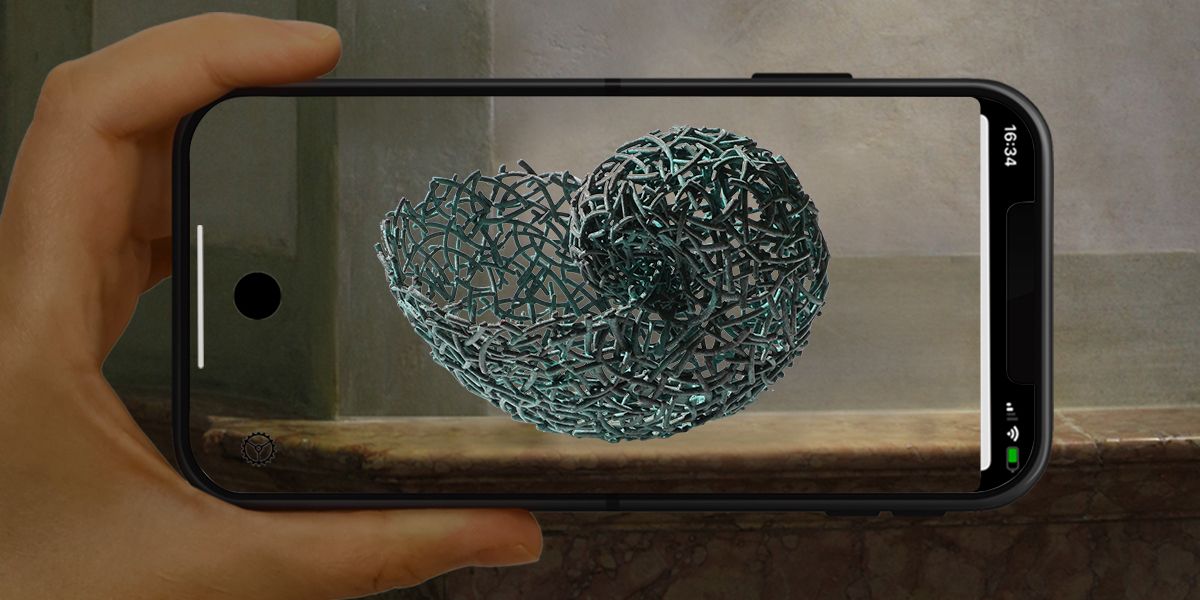 AR apps are allowing users to visualise art in their own homes, such as the new function on The Art Newspaper app

One of the greatest difficulties in showing art in XR, regularly addressed by The Art Newspaper’s XR panel, is finding the resources to create and display 3D models or images with a realistic sense of depth, lighting and materiality—the kind of convincing models that make an XR experience special.

Two types of 3D models are on show in the new AR function on The Art Newspaper app—launched through a partnership with Adrian Sassoon gallery in London. For one, the artist Michael Eden generated a 3D model, Nautilus, using Rhino 3D CAD software before exporting it to a format viewable with an iPhone. The other two models—of contemporary ceramics by Hitomi Hosono and Pippin Drysdale—were created by Emeka Malbert for Anrick Bregman’s ANRK studio using photogrammetry: taking hundreds of overlapping images and processing them in photogrammetry software before fine-tuning the lighting and colour balance of the finished models. The Los Angeles Times and Yahoo used photogrammetry on a street scale—with cameras mounted on drones—to create models of murals created in the city following the death of George Floyd in Minneapolis on 25 May.

For an artist or gallery looking to publish in the XR space, there are platforms that offer a workflow for both 3D models and the virtual spaces to house them. One of these, Vortic—founded by Oliver Miro of Victoria Miro gallery—rather than using a gaming engine such as Unreal or Unity, built its own custom engine to code and plan out a virtual gallery quickly and easily. Vortic uses specialist scanners in London and New York, some of them attached to artists’ foundries, to create 3D models. And the accompanying app has a simple-to-use front end designed to enable galleries to hang their own virtual shows without a tech team. Another leading platform, Artland, likewise offers guidance on scanning, or creating, 3D renderings, and a customisable gallery format for displaying them.

For artists or galleries who want to make their own photogrammetry models—a DSLR camera with a high-grade sensor is the first requirement—some of the best guides come from journalism, another industry invested in XR, and the resources created by Ben Kreimer for the Online News Association.

Once an artist or gallery publishes in XR there is a fine balance to be trodden between quality—viewable only with the best connection and the latest hardware (limiting the experience to tech-savvy early adopters with resources)—and wide distribution, which depends on making an experience work on versions of phones or tablets owned by a broader population. And that balance defines the starting point—what are you showing and who is it for?—for those looking to exhibit in XR.