The fairs are back in town: greater China reopens for business

Art021, West Bund Art & Design Fair and Art Taipei among fairs due to open in the region this autumn despite travel restrictions, shipping woes and Covid-19 fears 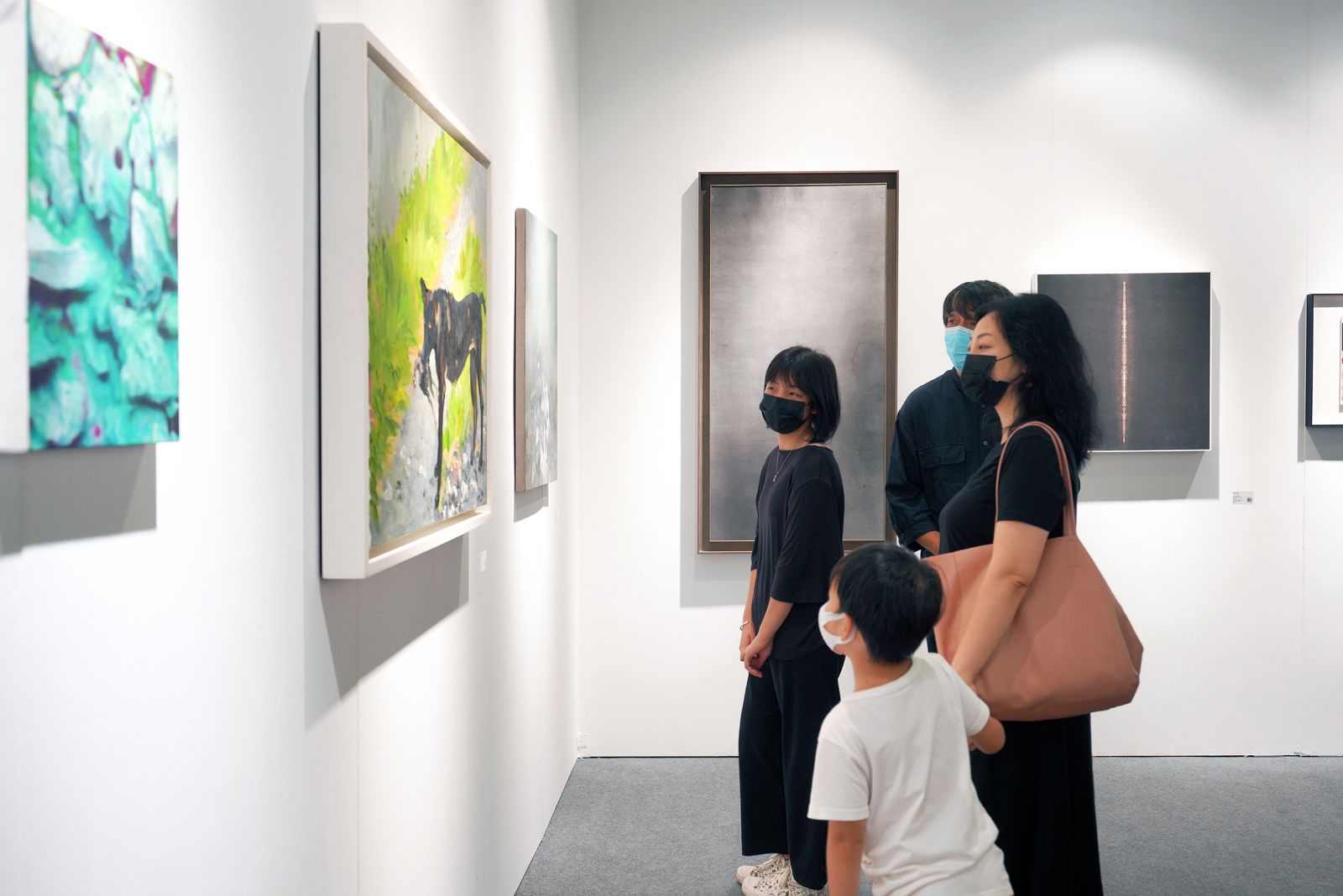 The majority of the Asian art fair calendar is going ahead this autumn thanks to mostly contained Covid-19 situations in the region. Although entry restrictions and strict quarantines mean that participants have largely been whittled down to local galleries.

Mainland China, which currently requires permits and 14-day quarantines for all arrivals, will hold its November Shanghai marquees of Art021 (12-15 November) and the West Bund Art & Design Fair (11-15 November), joined by the recently-concluded Art Shenzhen (10-13 September) and Beijing Dangdai Contemporary Art Expo (25-30 September) as well as Art Yangtze in Nanjing (15-28 October). Taiwan’s Art Taipei plans to run between 23 and 26 October, and Hong Kong’s Fine Art Asia has been postponed from early October to 27-30 November with a local gallery focus; both territories are mostly closed to non-resident foreigners and have two week quarantines. Taipei Dangdai, however, which is more focused on international galleries than Art Taipei, has rescheduled from January 2021 to 21-23 May. In South Korea, the Korea International Art Fair (Kiaf) was moved to online-only, but Art Busan plans to proceed between 5 and 7 November.

“Of course, we cannot say anything is 100% during this unprecedented time. For example, Kiaf had to cancel at the last minute due to a sudden worsening of the Covid-19 situation in Seoul,” says Art Busan's director Seokho Jeong. Alongside the now-standard measures of restricting visitor numbers, mask mandates, and temperature checks, the size of the fair has been limited to a maximum of 65 galleries instead of the usual 160. 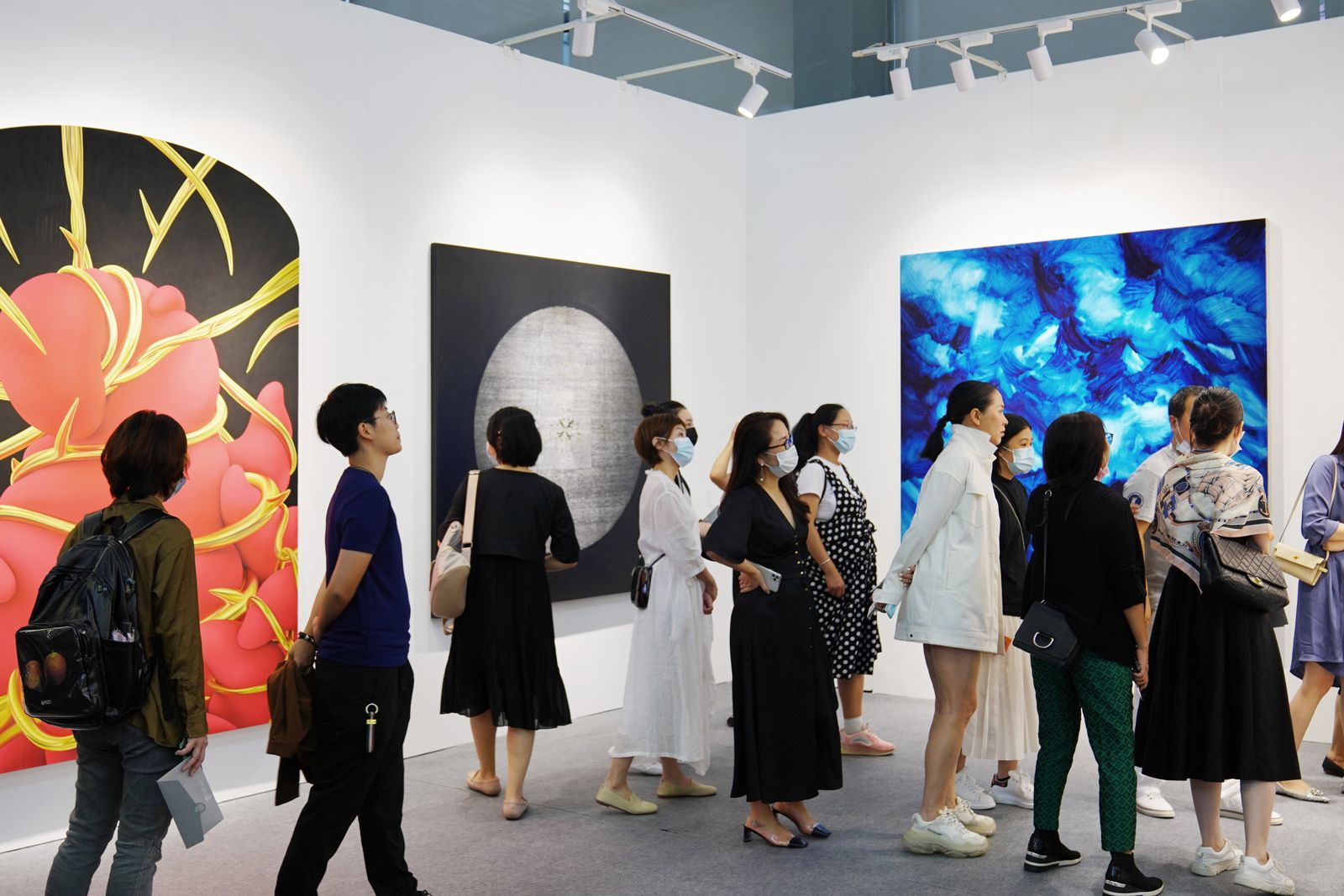 Art fairs such as Art Shenzhen are focusing on local galleries and visitors due to travel restrictions Image: courtesy of 2020 Art Shenzhen

“Since the mandatory [14-day] quarantine will likely remain in November for all travellers entering Korea, our main focus this year will be the domestic audiences,” Jeong says. “But, surprisingly, there are several major international galleries that are joining Art Busan this year for the first time,” representing a quarter down from a previous third of participants. In addition to global galleries with South Korean spaces like Lehmann Maupin, overseas dealers including Peres Projects, Tang Contemporary, Various Small Fires and Thaddeus Ropac have confirmed participation. Thaddeus Ropac, which has a team but no space in Asia, is also showing at West Bund this year. “We have all witnessed that art fairs have been most vulnerable during the pandemic,” Jeong says. Yet, in an era of online platforms, “the most common reaction from gallerists and collectors overall is that they miss the fairs and human connections the most”.

Some fairs are also helping foreign nationals obtain the entry permits for mainland China that remain elusive for even many permanent residents. “We are now helping international gallery staff and visitors to get an invitation letter from our government to apply for a business visa,” says a spokeswoman for 021. In addition, the fair has partnered with the Shanghai Free Trade Zone this year to provide exhibitors with six months of free bonded storage and favourable logistics rates. “Moreover, due to the various uncertainties arising from Covid-19, they will also provide free storage for works arriving early,” she says. The fair is also offering booth staff for galleries without a space in mainland China.

While 021 had not released a galleries list at the time of publication, West Bund will host 47 galleries, down from 97 last year, of which only six do not operate in greater China, including Lighthouse Called Kanata, Neugerriemschneider and Galerie Krinzinger. Local stalwarts like ShanghArt and Ink Studio predominate alongside global galleries with China or Hong Kong spaces such as Lisson, Arario and Gagosian, which is joining both 021 and West Bund. 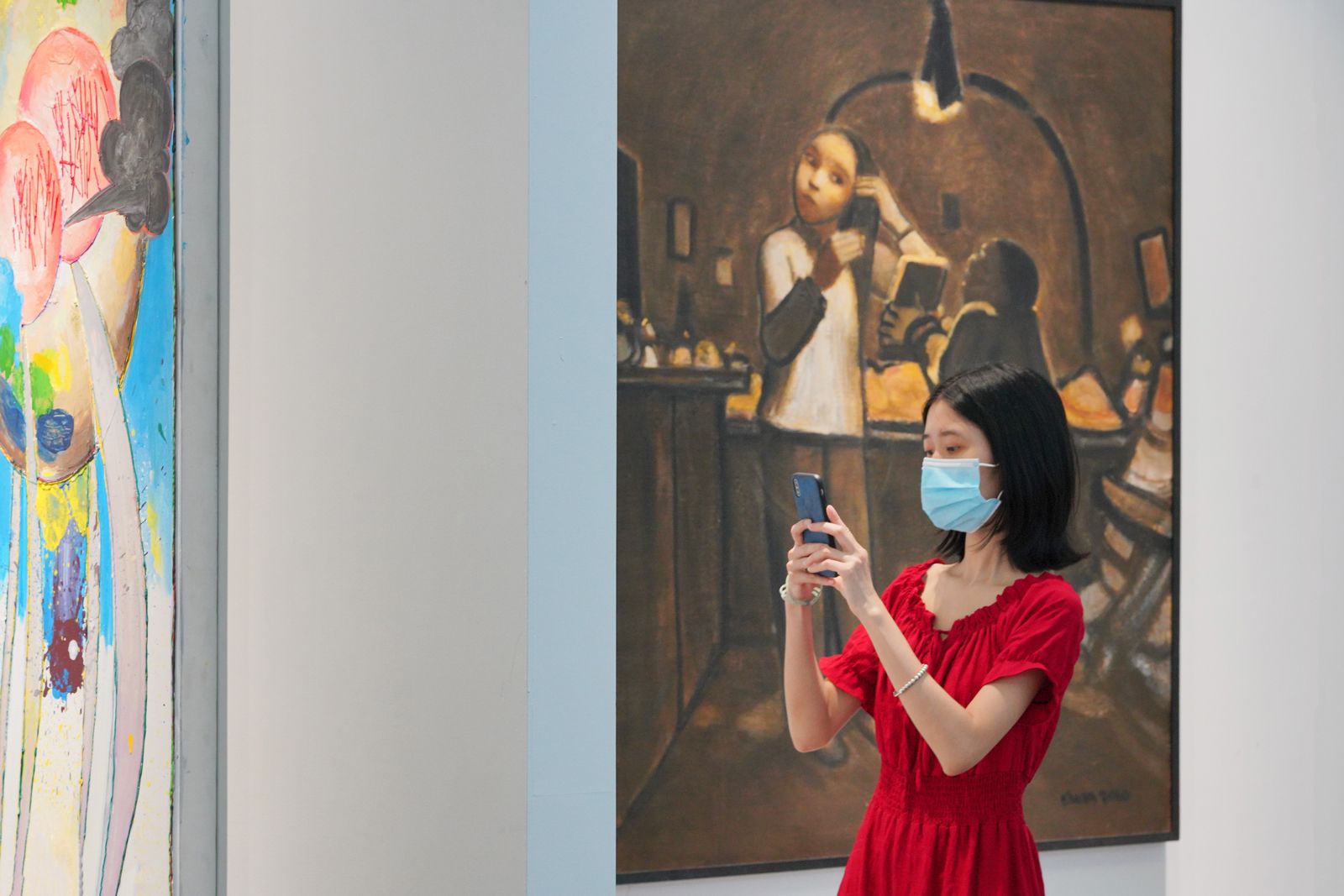 “Gagosian is fortunate to already have a team in place in China, which will be bolstered with colleagues from outside China if circumstances allow,” says Nick Simunovic, the managing director of Gagosian Gallery Asia. “We are thrilled to be presenting new primary market material from many of the gallery’s most celebrated artists, all of whom are delighted that West Bund is taking place. For the first time in almost a year, we’ll have the opportunity to engage our audience in person at a world-class fair.”

White Cube, also joining both fairs, has “several staff members who are able to travel to Shanghai to connect with clients; however, we are keeping a close eye on the situation in terms of travel and quarantine regulations which are ever evolving continuously,” a spokeswoman says. There is talk of establishing a quarantine-free “travel bubble” between Hong Kong and mainland China in October, but new outbreaks could scupper any relaxations.

West Bund will be the only Asian fair this year for Pace, which has locations in Hong Kong and Seoul. Despite closing its Beijing space last year, the gallery has kept its office there, so getting works and staff into mainland China “won't be a problem”, says Pace’s Asia president Leng Lin. “Actually it’s exactly the challenges that demand us to take actions to survive. We need to be more cautious with our action and clearer with our plan, yes, but just to make it more efficient and worthwhile.”