The Green debate: How can the international art market recover sustainably?

As calls grow to tackle the coronavirus crisis and climate emergency together, a group of dealers teams together to form the Gallery Climate Coalition 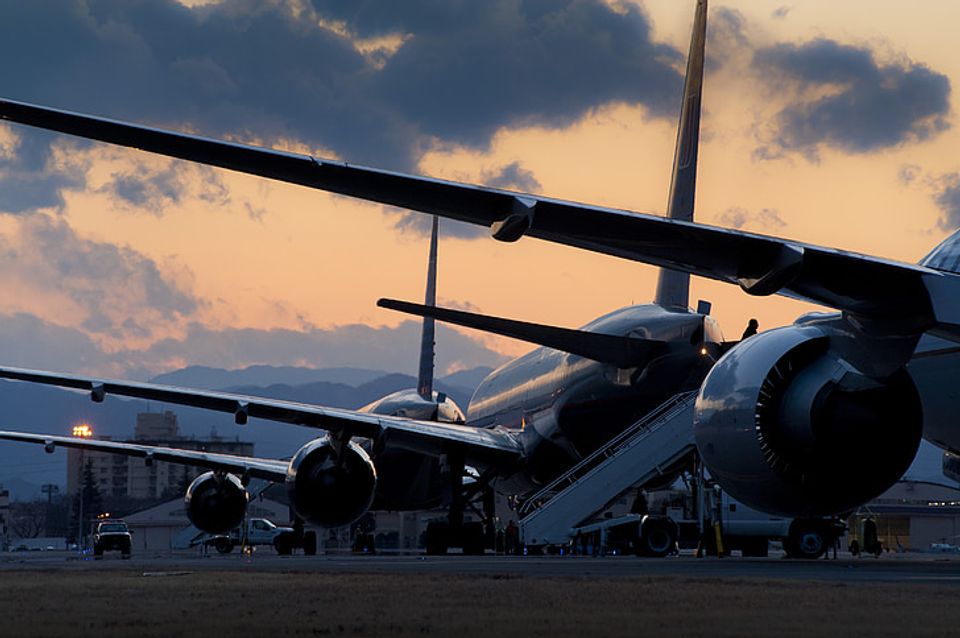 One the most urgent issues in the art world's mission to go green is that of transport to art fairs, biennales and blockbuster shows

In 2020, due to the enforced lockdown of populations, global emissions are estimated to drop by 5%, a small break in the black clouds of coronavirus. But now, as factories fire up again and international borders reopen, fears are growing that emissions will be restored to their original trajectory and any action on the climate emergency will be deferred as governments focus efforts and resources on restarting their economies.

There is resistance, however. “We must not be derailed by coronavirus,” says the London dealer Thomas Dane, who is currently establishing the Gallery Climate Coalition together with fellow dealers Kate MacGarry, Sadie Coles and Greg Hilty of Lisson Gallery; Frieze Art Fair co-founder Matthew Slotover; Frieze director Victoria Siddall; the journalists Daisy Garnett and Louisa Buck; and Peter Chater, the co-founder of the software firm Artlogic.

The coalition will initially launch online with a website built by Artlogic that will “pool practical information and hopefully create best practice guidelines”, Dane says, stressing the importance of collaboration, initially among galleries, “which have particular needs”, but also across other sectors. A conference planned for July in Gloucestershire consisting of dealers, museum directors, artists and environmentalists has been postponed.

Hundreds of artists and institutions including the Tate have declared a climate emergency, but there has been less traction in the art market to date. There are exceptions, however. In 2017, Frieze switched to recycled vegetable oil biodiesel and, earlier this year, Christie’s slashed print catalogue runs, ostensibly to help save the environment. But there is now a need to address some of the “nitty gritty questions”, as Dane puts it. Members of the coalition are advocating for a carbon calculator for galleries, although audits can be very expensive and prohibitive for many dealers. “We are exploring if there is a cheaper way to do it,” Dane says.

What does "green" really mean?

Arguably the most urgent issue is that of travel and transport to art fairs, biennales and blockbuster shows. Carbon offsetting is often presented as a get out of jail free card, but many climate experts say it does not work in practice—Greenpeace has described the UK aviation industry’s proposal to go carbon neutral by 2050 by offsetting a third of emissions as “greenwashing”.

In the art world, too, there is scepticism. As Dane says: “What does it mean to offset your carbon footprint? When you tick the [carbon offset contribution] box in the airline category, does it really go anywhere? And should we be coming together to do something which is more effective?”

The Turin collector Patrizia Sandretto Re Rebaudengo, whose foundation is run entirely on green energy provided by Asja Ambiente Italia, believes that carbon offsetting is not enough. “In my opinion, we need to go further,” she says. “Businesses should start choosing renewable energy, replace boilers with micro combined heat and power units and choose products that have been realised following circular economy principles.”

Momentum is building within the industry to switch to sea freight, which, although still a pollutant, is generally considered more environmentally friendly than air or road freight. “[The artist] Gary Hume has been very vocal and brilliant on this; he has challenged his gallery to only ship his work by sea,” Dane says. “In the future, a lot of this will come from artists so galleries need to be prepared for these demands.” Galleries processing joint shipments to fairs could also become more commonplace.

Does the solution need to be more radical, though? While recognising their pivotal role, many dealers say they now plan to cut back on fairs altogether. MacGarry says she does not want “to go back to the old ways”, but accepts the current scenario poses a problem. “It’s tough because we are talking about people’s jobs but we have to restructure,” she says. What is more, MacGarry says, shipping quotes have been “all over the place—seven times higher in one case—so it’s a real incentive to think local at the moment”.

For the foreseeable future, collectors also suggest they may stick to local events. As Sandretto Re Rebaudengo says, “limiting travel could also soon turn into an ethical choice, now there’s a greater consciousness of the environmental cost”. MacGarry observes there is a “growing acceptance” of our reduced movements. “Artists are open to the idea that projects will go ahead but they won’t necessarily go anymore,” she says.

Some fair organisers are already beginning to restructure their shows for local audiences. Rather than congregating in the Kunsthal Charlottenborg in Copenhagen on 28 August, Denmark’s Chart art fair will now take place across its 28 participating galleries based in the five Nordic capitals: Copenhagen, Helsinki, Oslo, Reykjavik and Stockholm. Billed as a “de-centred art fair format”, only works by women artists will go on show.

The prospect of fairs becoming more domestic raises its own set of questions. “How do we avoid being parochial? How will we maintain our international outlook when we have to stay local?” MacGarry asks. “If we aren’t going to travel as much, we need to make sure we find the best way to share work online.”

The shift to digital

Artlogic—which builds interactive websites for artists, galleries and fairs—has seen a substantial uptick in business recently with an estimated 100 galleries joining in the past six weeks. Last month, the software firm launched an entirely online fair with the New Art Dealers Alliance. The event, titled FAIR, operates a co-operative sales model, with 20% of all transactions shared equally among the participating artists. There are, Chater says, other projects with major fairs in the pipeline.

“Every gallery and art fair owner has suddenly had to think very seriously about the way that they operate,” Chater says. “It’s been a real eye opener for everyone concerned to learn there is a different way of operating that is credible and yields results.”

As online solutions proliferate, the question of digital pollution will become more pertinent, something which Chater recognises. He says he chose to run Artlogic’s programmes on Google Cloud because of the US firm’s green credentials—Google claims that 100% of the energy it consumes for its cloud data centres come from renewable energy sources.

Large corporations that sponsor the arts are facing increasing scrutiny. Last month, the oil giant BP was dumped from the judging panel of the National Portrait Gallery’s portrait award for the first time since 1997. BP is one of 100 companies including ExxonMobil, Shell and Chevron that cause 71% of global carbon emissions, according to the Carbon Majors report.

Chris Garrard, the co-director of the campaign group Culture Unstained, accepts there are enormous financial pressures on institutions, chiefly due to a lack of government funding, but believes the cultural sector “needs to be values-led in how we emerge from Covid-19”. He adds: “We need to cover our essential provisions and services, but we need to build back better and put climate at the heart of that.”

Crucially, any long-term change will depend on political will. As part of the European Union’s €1.85 trillion Covid-19 recovery plan, the Green Deal pledges to invest in the decarbonisation and digitalisation of European economies, while a Green New Deal, first launched by the United Nations after the last global financial crisis, is gaining traction again—although president Donald Trump is strongly opposed. Meanwhile, the British government is yet to answer to recommendations by the Committee on Climate Change that it needs to implement low-carbon infrastructures such as electricity networks and cycle lanes.

What is more, scientists warn that the enforced 5% drop in carbon emissions due to global lockdowns is far from enough. As Jane Da Mosto, the climate scientist behind Venice We Are Here, says: “Europe needs to reduce its emissions by 15% per year to equitably achieve commitments under the Paris agreement. If total lockdown causes an average fall in global emissions of 5%, imagine what we really need to do. Coronavirus is just a speck of dust.”

The stakes have perhaps never been higher, but nor have the chances to enact real and lasting change.