As coronavirus lockdowns are extended across much of the world, leaving galleries unable to trade, hopes are fading that autumn events will be able to go ahead 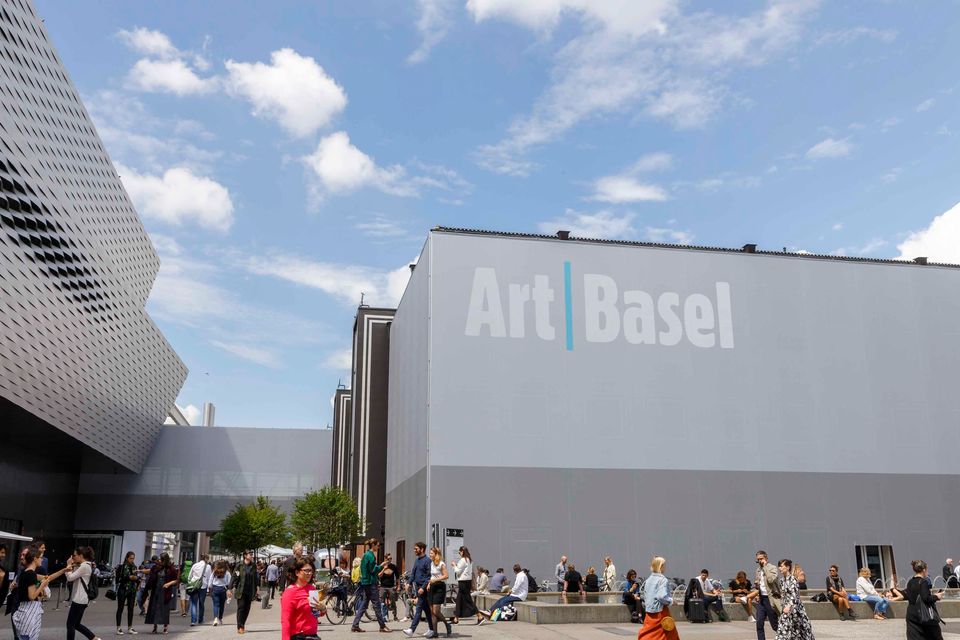 The fate of 2020’s art fairs hangs in the balance. As lockdowns in many countries are continued in an effort to contain the coronavirus pandemic, dealers are increasingly questioning whether, after months of no business, they will be able to to afford to participate in the glut of rescheduled fairs due to happen this autumn. Even if quarantines are lifted and galleries can manage to pay booth fees upfront, how many will want to jump on a plane to rub shoulders in a crowded convention centre come September when Art Basel in Basel is due to emerge as the first major fair since the outbreak hit?

“Being in London, I could just about cope with doing Frieze but Basel feels like a stretch in September with so much other activity,” says one anonymous London dealer who has applied for both fairs, which are now scheduled less than three weeks apart.

Even on home turf, the cost of doing fairs is a sizeable hurdle for dealers facing a make-or-break few months. In a bid to gauge opinion, Frieze sent a letter to exhibitors last week, in which its directors say they are “re-thinking our processes and timelines, which includes revisiting our terms and dates of when galleries commit to the fair”.

Crucially for cash-strapped dealers, Frieze is also understood to be reviewing its payment terms—its directors say they are aware of the fair’s “responsibility to support galleries during these difficult times”. The exhibitor list is expected to be finalised around late June.

Art Basel, meanwhile, has given exhibitors until 1 May to reconfirm their participation to “assess whether the new timing is feasible”, says a spokeswoman for the fair. “It is likely that the new timings will not work for everyone who was originally selected, or that some galleries will ask for more time to consider.” Appetite for fairs could pick up towards the end of the year: the reapplication rate for Art Basel in Miami Beach in December is 90%—“a reassuring result given the current situation”, the spokeswoman says.

Elsa Ravazzolo Botner, a partner and director at the Brazilian gallery A Gentil Carioca, says she “hopes the situation will be better for everyone in December”, but fears Art Basel in Basel could be unfeasible for her gallery. “Europe might be better by then, but this doesn’t mean Brazil will be out of the crisis. We don’t know if we will be able to fly, let alone ship works of art,” she says.

The question on many dealers’ lips is whether collectors will want to travel come the autumn. As one gallery owner puts it: “A lot of established collectors are in the older age bracket. It’s all very well us doing the fairs, but if the collectors don’t come, wouldn’t it be better for everyone to cut our losses this year?” Another London dealer, who prefers to remain anonymous, says his gallery plans on doing Frieze, “but not if it feels that people won’t attend”. He adds: “Hopefully there will be some Darwinian struggle with the fittest fair winning out.”

Speaking on CNN Money, the Swiss dealer Dominique Lévy says she doesn’t foresee anyone wanting to visit an art fair before a vaccine for Covid-19 is found. “It’s time for the art world to be realistic [...] right now our health and our social responsibility and duty is much more important. I don't see any art fair [happening] before next year,” she says. On the bottleneck of around seven major events between September and December, the dealer says Lévy Gorvy gallery would only consider taking part in two or three—if the fairs go ahead. But, she believes that unlikely: “I don't think they will be allowed to: that goes for [Tefaf] Maastricht [in New York], Basel and Miami.”

The Turin-based collector Patrizia Sandretto Re Rebaudengo also thinks it is “very doubtful” whether any fairs will take place this autumn. If confirmed, she says she would consider travelling to European destinations—to Art Basel, Frieze London and Fiac in Paris. However, with fairs likely to be affected “for months to come”, the collector suggests they “might become less international, at least for a while”. Sandretto Re Rebaudengo, whose local fair Artissima is due to take place in November, adds: “It’s possible, therefore, that the attendance of dealers, collectors and professionals won’t be global, but more at a regional scale.”

Some smaller fairs are worried about just being able to survive until the autumn. Michael Benson, the co-founder of Photo London, which has been postponed from May to the autumn, says much of his time is currently spent “working out how to save the business”. He adds: “There is zero income coming in because no dealers are going to send us any money for booth fees.”

Cancelling contracts with venues has proved tricky for some fairs. But, Benson says Somerset House, where Photo London usually takes place, has been “brilliant” about the change in circumstances. “They want us to come back next year so they are taking the long view,” he says.

Although the UK government has pledged bailout packages for businesses worth £330bn, there is still very little clarity around how that might help event businesses such as art fairs and when any money will be forthcoming. According to the banking lobby group UK Finance, only one in five firms that have applied have so far received emergency funding.

Several fairs say they are lobbying the government, some of them through the British Art Market Federation (BAMF). Benson says he is in touch with the Mayor of London’s office, adding: “It would be useful to know if the government is planning to support big events like art fairs and how that money could be accessed. At the moment, there’s a lot of high level talk about all the large numbers of billions they’re spending but actually it doesn’t seem to be trickling down properly.”

Compounding the situation, fairs are facing difficulties when it comes to insurance payouts over the Covid-19 lockdown. “We don’t have coronavirus cover but we do have event interruption cover. We are having complicated conversation with our insurance brokers, which is ongoing,” Benson says. “When you get down to this level, it’s a question of interpretation.”

Nazy Vassegh, the founder of Eye of the Collector, a new art fair that was due to launch in London in May but has been postponed until 8 September, says the “limbo situation” for small, self-funded businesses such as hers is “incredibly challenging”. She adds: “As I currently understand it there are no insurance provisions for Covid-19. We have moved to September in the hope that we can go ahead, however we are still waiting to see if our insurance can be transferred to these later dates.” As with other fairs, Vassegh is launching an online viewing room in May.

Trouble at the top

Although smaller businesses may appear more vulnerable, those at the top are not immune. The Swiss-based MCH Group has been hard hit with the cancellation or postponement of a number of its fairs including two from the Art Basel franchise, Masterpiece London and Baselworld watch and jewellery fair.

In early March, MCH predicted sales losses of up to CHF170m ($177m) for 2020, but says in a statement that the rescheduling of its fairs does “not endanger the stability of the company”.

However, MCH is now considering whether to axe Baselworld after its main exhibitors—Rolex, Patek Philippe, Chanel and LVMH—walked out last week to set up a rival fair in Geneva. Exhibitors were apparently unhappy over the refund terms offered after the fair was postponed to January 2021. MCH’s policy has been to retain around 15% to 25% of dealers’ fees, including for Art Basel in Hong Kong and Masterpiece London. Frieze, meanwhile, offered a full refund after cancelling its New York edition.

MCH has also undergone restructuring since January, selling off a part of the Messe Basel exhibition centre to the City of Basel for a “small, single digit CHF million amount”, according to a spokesman for MCH. The spaces sold—Hall 3 and the musical theatre—are not used by Art Basel.

The Swiss events firm has now been reorganised into four divisions that separate out its art-related industries, its Swiss events, its venues and its “live marketing solutions”. The US-based marketing division laid off 150 employees earlier this month, a move that does not affect the Art Basel fairs. Following the Baselworld fiasco, and in the midst of restructuring, one of MCH's leading investors, Erhard Lee, called for the Swiss firm's breakup, according to Bloomberg.

There have also been 250 layoffs at Endeavor, the Hollywood sport and entertainment conglomerate that bought a 70% stake in Frieze in 2016. Nonetheless, support from the top appears, for now, to be unwavering. Endeavor currently retains its investment in the fair, while Frieze’s main sponsor, Deutsche Bank, says it “remains committed” to the show.