A guide to bad times: why the market downturn is good news for true collectors

We observed that while the market was feeling fragile during the 1991 slump, fortunes have a way of turning around 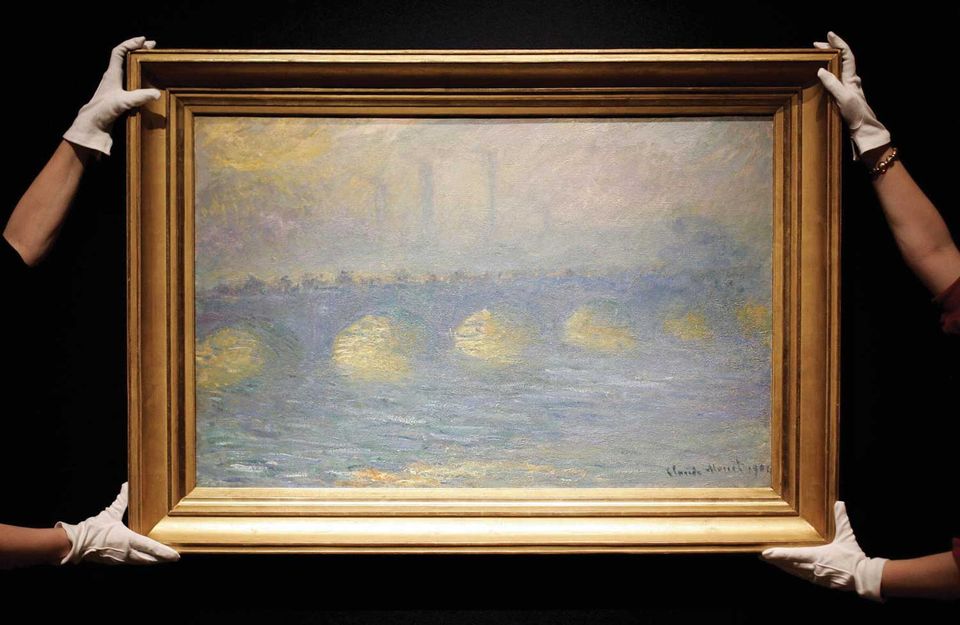 My young friends have been nagging at me that I am merely a fair-weather friend. “Ah, you were only too willing to pronounce on your rules or principles or whatever you call them when times were good”, they grumble, “but now that the boom is over, where are your famous principles?” (I never use the word “principles” where the art world is concerned because it has none.) And I must admit they have some grounds for their complaint. After all, it does seem like in another age that I wrote a kind of guide to good times in the art market. Don’t I have some responsibility to help them when the boom is over?

I have avidly read everything that has appeared explaining why the market has turned bad (a goodly portion of which has appeared in this very newspaper), and from these reports I have gleaned that, contrary to what you might think, it is actually very good news that bust has followed boom. The main reason is that the speculators have been driven from the market, and this is only slightly less cheering than Christ’s driving the money-changers from the Temple. Second, if one examines matters closely, it is really only bad pictures that have not sold, and genuine masterpieces do as well as ever. Now clearly no-one—not Christie’s nor Sotheby’s nor dealers—wants to see second-rate goods sell for inflated prices. If you believe that you’ll believe anything, including the third reason quoted as to why it is very good news that the boom is over: the market has not collapsed. It is merely making a downward adjustment after years of inflated speculation, so that the market can return to those who really count, genuine collectors. The only problem is that genuine collectors could not support an arcade sale at Phillips Marylebone, much less the present art market.

Well, where does that leave us? We must identify the principle for why the market really has fallen: NO CASH. Now you may think that this is so obvious a principle as not to need stating, but in fact it derives from one of the most mysterious laws of all economics: in good times you can be wealthy on paper, but in bad times all your money has to be tied up in ready cash.

For some years now the art market lived off the first part of that principle. But now is the hour when the second part of that dreaded law must be applied and the buyers have their money tied up—in debt.

To understand how this happens let us consider the experience of an expert on the matter of disappearing cash, Roger Levitt, the chairman of Levitt Group financial services. In what may prove to be a record for disappearance of cash, The Sunday Times of 16 December 1990 reported, “From a company that had an imputed value of £150m ($292m) in September, Levitt Group had collapsed to below zero in under a week”.

Such an experience can have a devastating effect on one’s credit. And this leads to our second principle of hard times: a speculator is a collector who needs cash.

When times were good, all one had to do to get unlimited credit was to be wealthy on paper, and your forehead imprinted on your own personalised holograph credit card was enough to ensure all you wanted

Now it is this requirement to have to raise cash on short notice that may lead one to sell one’s beloved Monet, especially since one has bought it for £6m or £7m ($11.5m or $13.5m) on the assurance that it will be worth twice as much, and all the more so since one did not have to pay cash. After all when times were good, all one had to do to get unlimited credit was to be wealthy on paper, and your forehead imprinted on your own personalised holograph credit card was enough to ensure all you wanted.

But things are very different when one goes to raise cash on one’s Monets.

When you go to raise money on your $7m masterpiece you suddenly learn that your forehead imprint has mysteriously disappeared and with it your credit. When you go to sell what you were told was a jewel of Impressionism, it is no longer a masterpiece but a hackneyed work that failed to sell on the Madagascar art market twenty years before. Such experiences can have a damaging effect on one’s faith in the magic of the market place.

So the market is feeling a bit fragile these days. But all this too shall pass. Fortunes have a way of turning around. I have just heard of the strange tale of a collector of First World War memorabilia. He was once one of the ten wealthiest men living East of Fifth Avenue. Then he lost it all in one of those dizzying reverses of fortune known as a depression. So he moved to Bahrain, and to his amazement his unequalled collection of First World War gas masks is worth a fortune.

Well, as the principle states, there’s no accounting for taste.

Stephen D. Pepper (1937-2000) wrote for The Art Newspaper under the pseudonym of Ben Trovato (“Se non è vero è ben trovato”, that is, “Even if it’s not true, it’s a very good story”). He was an American art historian specialising in Italian baroque painting, in particular Guido Reni, on whom he wrote the standard monograph and catalogue raisonné. Early in his career he met Denis Mahon, the prominent English scholar-collector of 17th-century painting, with whom he frequently collaborated. He died of a heart attack in Bologna, where he was preparing a book on Annibale Carracci’s portrait sketches. Dealers frequently asked him to attribute works, especially in Italy, and he knew that money, veiled by hypocrisy, was king—then as now. A fundamental change has taken place, however. In his March 1991 article, written during a biggish slump, he singles out its main consequence as being a shortage of cash, while now the financial sector looks as though it will come through the Covid-19 crisis better than any other, and this has a surplus of cash looking for something in which to invest. Expect the financial art advisors to carry on almost without breaking step. -- Anna Somers Cocks, founder, The Art Newspaper