Treasures from the Wreck of the Unbelievable: Details emerge about Damien Hirst’s secretive Venice show

Finished just in time for the Venice Biennale, this project has been 10 years in the making 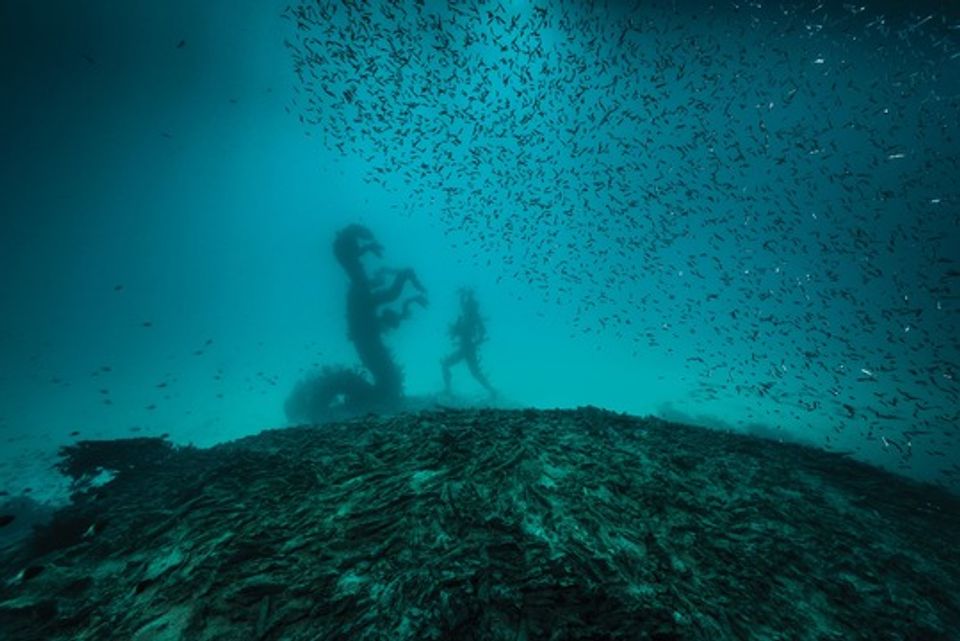 Damien Hirst’s two-venue exhibition in Venice, Treasures from the Wreck of the Unbelievable, opens at the Palazzo Grassi and Punta della Dogana this month (9 April-3 December), just in time for the Venice Biennale. Few details about the exhibition have been released, but organisers say it is ten years in the making and includes at least 190 works reportedly made to look like discovered treasures. According to the New York Times, the works are for sale through Hirst’s galleries, Gagosian and White Cube, for between $400,000 and $4m. A spokesman for the Palazzo Grassi and Punta della Dogana says the venues “are not involved in the possible commercialisation of the works”, adding that he had no information about possible prices. The venues are used to present the collection of François Pinault, a longtime Hirst supporter and collector.