Comment: droit de suite in the EU is bad for all art markets—and the artists it is meant to help 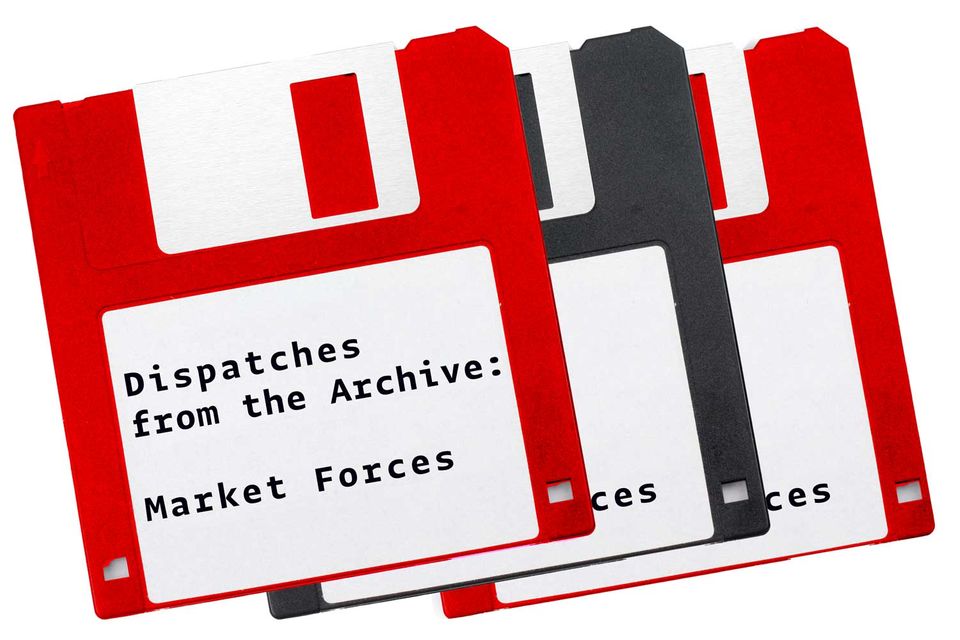 The Ten Commandments, we are told, fitted onto two tablets of stone. The European Commission (EC), the European Union’s bureaucratic and executive arm, might usefully take note of this economy with words. Its acquis communautaire, the huge tome setting out all the rules that new Members of the European Union (EU) are required to follow, now stretches to more than 90,000 pages.

It is hard to imagine that there can be many aspects of life that are not touched by it, and indeed the art trade is not spared from its attentions. A regulation (“directive”) which many fear will irreparably damage Europe’s market for contemporary and 20th-century art is due to be introduced in January 2006. It will, for the first time, apply the Artists’ Resale Right (or, droit de suite) throughout the EU. For Britain, with the largest art market in Europe, the introduction of this new levy represents a serious challenge to its future competitiveness.

Droit de suite has its origins in the 1920s when it first appeared in France as a means of enabling an artist, or their heirs, to take a share of the price whenever their work was resold. Although it appears on first examination to be a benign and philanthropic idea, in practice it can work to the disadvantage of the very people whom it is intended to benefit. A concept that may have seemed, in the social and economic context of the early 20th century, to be an enlightened way of assisting under-rewarded artists, now appears to be a complex and outdated system which benefits only a tiny minority, mostly the heirs of famous artists.

In the past, British governments considered and rejected the concept of droit de suite on a number of occasions, most notably when the Whitford Committee on Copyright examined it in 1977. The committee concluded that the resale right was impractical and should therefore not be introduced into English law. There the matter would have rested, had it not been for the EC’s claim that the absence of the levy in some EU countries, and its presence in others, unfairly distorted Europe’s art market. Under the rules of the European “internal market”, the commission considered that it was obliged to eradicate all distortions to free competition however small. This began the five-year process which culminated in a directive, laying down a common system of droit de suite, following specified rules and with a uniform scale of charges throughout the EU.

There was from the outset a central contradiction in the EC’s reasoning which in the end led to an unsatisfactory compromise. In an age of global competition, when art and money are mobile, can the European art market be isolated from competition from the rest of the world? If sellers of art move around within Europe to avoid paying the extra cost of droit de suite, as the EC claimed, are they not equally likely to move their sales outside the EU to avoid it? In answer, supporters of droit de suite deployed some spectacular mental gymnastics arguing that a cost which affected Europe’s internal market would not necessarily have a similar effect on the international market. Patrick Cox, now leader of the European Parliament, satirically compared this to claiming that Newton’s Law of Gravity would have the apple fall from its tree in Europe and fly up in the air elsewhere.

A recent comment in a letter written by the chief executive of the Design and Artists Copyright Society, a leading supporter of droit de suite, that the cost of exporting works of art was “invariably higher than the artists’ royalty” illustrates this contradiction. If this is so, it follows that the EC was wrong in asserting that the levy caused sellers to move from one country to another. Since this was the basis on which the EC chose to launch the directive and thus to overrule national laws governing droit de suite, it would now seem logical to question whether the whole process should ever have been started.

From the outset there were clearly two alternatives open to create what is referred to as “a level playing field”. Either the resale levy could be abolished throughout the EU or it could be introduced in every country. As 11 out of the then 15 EU Member States had a legal provision for the levy (although some had never tried to make it work), the EC concluded that every State should have it, and that the mathematics of majority voting would ensure a speedy agreement.

As it turned out, agreement was far harder to reach than had been expected. In spite of being part of a small minority, the British Government did its best to block the directive and fought tooth and nail against it, eventually casting its vote against the outcome. Its opposition secured a number of key amendments which will help to reduce the immediate impact on the competitiveness of Britain’s very successful art market. The most significant of these is to allow Member States which do not at the moment apply droit de suite to restrict it in the short term to sales of the work of living artists only. The recent survey by Kusin & Company, for the European Fine Art Foundation (Tefaf) reviewed in The Art Newspaper, in March 2005, demonstrated how important this concession will be, as it shows that 80% of the resale levy goes to the heirs of a small number of deceased artists.

Whatever its shortcomings the directive has, at least, helped to cast a spotlight on the contemporary relevance of droit de suite as a concept. Contrary to claims made by its supporters, artists are by no means united in favour of the resale right. A group of prominent artists, including Karel Appel, Georg Baselitz, Anthony Caro, Gotthard Graubner and David Hockney (“Artists against Droit de Suite”) criticised the directive at the time of its second reading in the European Parliament, for causing “immeasurable damage to Europe’s sensitive art scene”. They recognised that, if the resale market was damaged, it would upset the delicate balance between artist and dealer that ensured the success of the sale of an artist’s new work.

The Tefaf survey clearly shows how potentially disastrous the directive could be in particular for the British art market. This can only be avoided if there is a willingness to reconsider the wisdom of introducing the levy in Europe, independently of other countries. The European Commission acknowledged that global competition needs to be addressed, but its attempts to sell the concept of droit de suite internationally have met with little or no success so far. The derogation, which limits the levy to the work of living artists until 2010, does provide a breathing space. Whether this is used as an opportunity to rethink the directive or is just a stay of execution, remains to be seen. One can only hope that the acquis communautaire proves to be less immutable than the Ten Commandments.

• The writer is the chairman of the British Art Market Federation