What on the menu at London's newest gallery 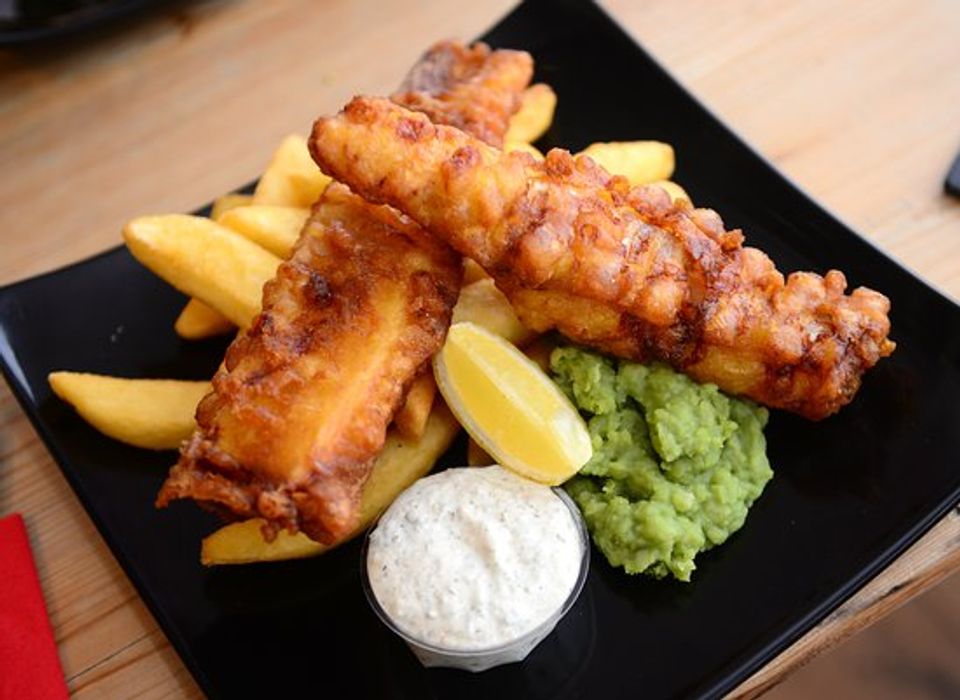 Power Station, London brick and exposed steel, Industrial. The severe Tate Modern also has a rigid time table, breakfast from ten, lunch from 12, “we no longer take bookings” and indeed by the time we came out there was 40 minutes of queue. I would not want to wait that long for such a meal.

Considering the immensity of the central hall and main galleries, the air conditioned café on the top floor has a fairly low ceiling, but it is light with a fine view of the City and St Paul’s over the new footbridge, and the tower of Smithfield further on. The space is light and the cutlery solid but there are only paper napkins and no table cloths on the black plastic surfaces. Black-shirt waiters (like the security guards and guides throughout the museum) add a slightly sinister frisson to the fast, efficient and otherwise friendly (and I noted, even child friendly) service.

Black-shirt waiters (like the security guards and museum guides) add a slightly sinister frisson to the fast, efficient and otherwise friendly service

Victoria had what was called leek and potato soup with sorrel. It was creamy-smooth and pleasant enough, but I think they had left some mushroom in it; at any rate it was just a generic velouté, none of the advertised ingredients being detectable. In a similar way my “Chinese duck and tat-soi salad” was slightly overcooked, a few slices of roast magret covered in rocket leaves which completely obliterated any flavour the tat-soi might have had, the whole liberally sprinkled with a vaguely sweet, vaguely balsamic, very vaguely Chinese dressing.

No bread or butter were served but a big piece of crisp and tasty bread came with the soup and a waiter immediately offered olive oil to go with it.

We had a glass of Pinot Grigio from Friuli which was better than the glass of Chardonnay “un-oaked” from Pays d’Oc (no oak in Oc?). Maybe we should have had the Californian “oaked” one.

The breast of chicken was dry. It came with “lentil salsa and rocket” (again), the lentils in a tomato sauce too close to ketchup for comfort. But my fish and chips, “deep fried haddock and mushy peas,” were excellent, the fish tasty and the batter crispy, the ample portion of chips, fat and brown; and the mushy peas (not normally a dish I crave) as good as I have ever eaten, they actually tasted of real green peas.

It came with “lentil salsa and rocket” (again), the lentils in a tomato sauce too close to ketchup for comfort

I had a rhubarb and ginger crumble with clotted cream, the latter like a lump of lard, the ginger undetectable (orange goes better with rhubarb) in a little pot. I don’t think crumble works in an individual pot. Of the three scoops of ice cream the chocolate was more or less acceptable, a creamy one might have been caramel (or meant to be) and the white one totally flavourless—clearly what the computer world calls “vanilla”—i.e. with nothing added.

The espressos, which came before the puddings (is this becoming the norm?), were good and I had a glass of Australian Muscat which was sweet and undistinguished. I didn’t even ask to smoke.

One can eat well in many places London these days, even at some museums. It is a pity that an institution with the word Modern in its title should adhere so resolutely to the old English traditions of mediocre food, and give simple dishes fancy names instead of learning to cook them properly. Originality should perhaps be attempted only by masters, which not everyone can be.