Several exhibits are taking place across the country, including the Martin-Gropius-Bau in Berlin 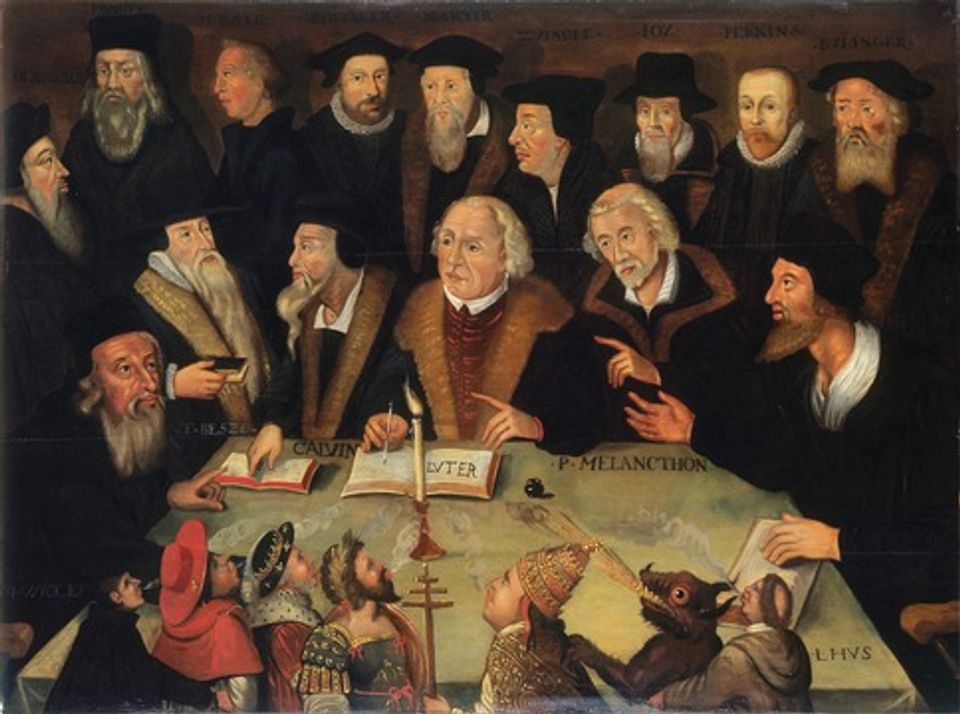 An anonymous depiction of Martin Luther and his Reformers (1625-50)

The start of the Protestant Reformation is commonly dated to 1517, when Martin Luther published his 95 Theses, supposedly nailing them to the door of the All Saints’ Church in Wittenberg. The quincentenary of that event is being marked in the northern German heartland, where there will be several exhibitions. Foremost among them is The Luther Effect: Protestantism—500 Years in the World at the Martin-Gropius-Bau, Berlin (12 April- 5 November).

The show, which is organised by the nearby Deutsches Historisches Museum, is arranged chronologically and geographically to explain the ripple effect of Protestantism in general and Lutheranism in particular. Through paintings, sculptures and prints, it traces the Protestant impact in Germany and Europe (1450-1600), in the powerful Early Modern kingdom of Sweden (1500-1750), in the “religious supermarket” of immigrant North America (1600-1900), in the Lutheran missions in Korea (1850-2000) and in the Lutheran church of today’s Tanzania.