A series of books, presumed to have been written by the suspect and claiming the artist's brother hid a secret stash of his works, were presented as provenance 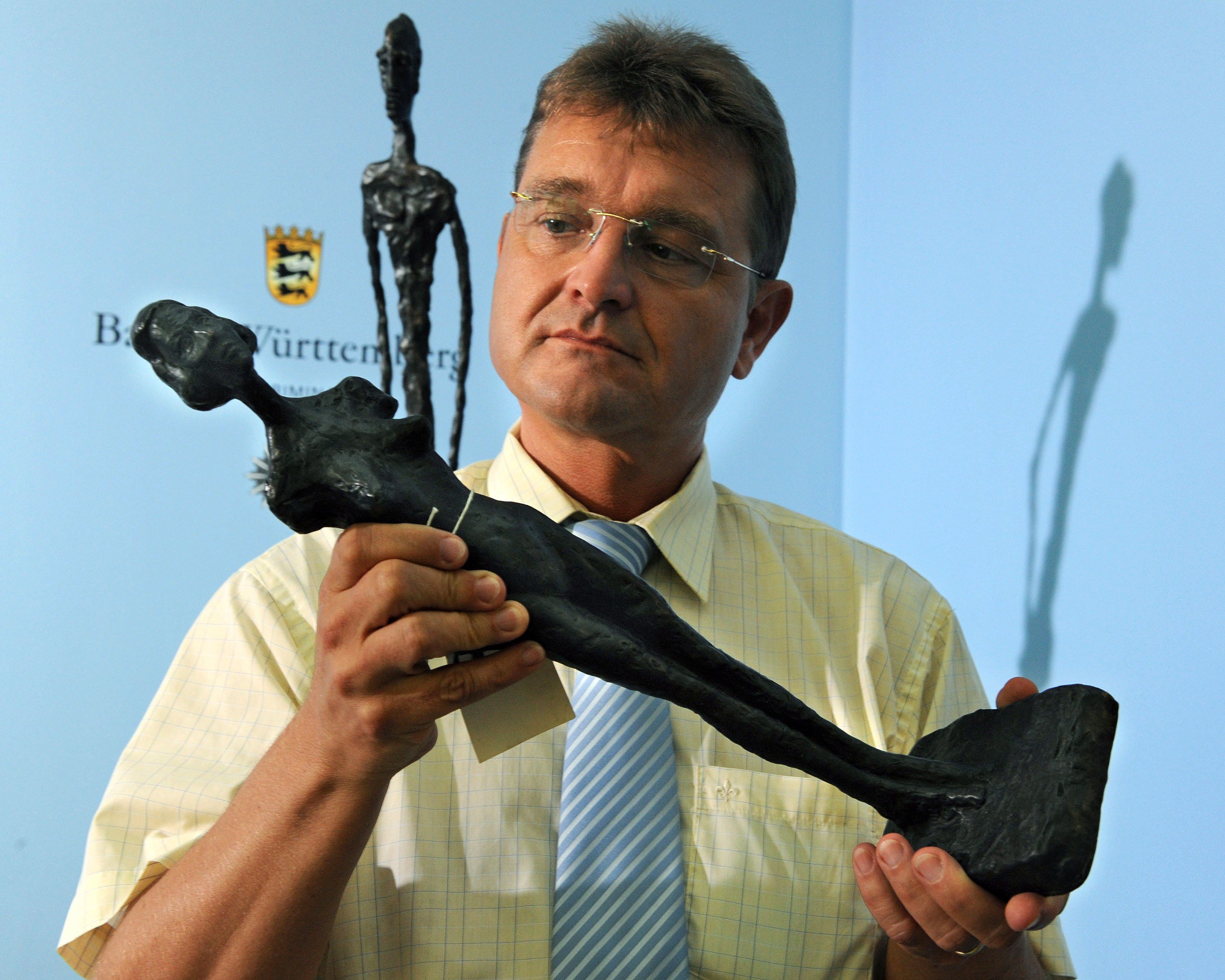 Over 1,100 suspect works by Alberto Giacometti have been seized by the Stuttgart prosecutor’s office as part of an ongoing investigation into an alleged counterfeiting ring in Germany. Some 1,000 bronzes and plasters were impounded at a warehouse in Mainz and another 100 at different locations all over Germany and abroad, according to the Stuttgart public prosecutor, Mirja Feldmann. The case is still under investigation but Feldmann thinks charges will be brought by spring next year. She said that other possible fakes to a value of around €9m may have filtered onto the market.

This case is closely connected with one that was heard in Stuttgart in February, which concerned 13 forged Giacometti sculptures. It resulted in convictions for the three defendants, an art dealer from Mainz, a retired engineer from Offenburg and a businessman from Böblingen. They were sentenced to up to five years in prison but they are all appealing, and have not been publicly named.

Feldmann told The Art Newspaper that one of these defendants is a chief suspect in the new case, while a witness who supplied provenance for the works is also a suspect. The provenance presented to potential buyers was a series of books written by a “Count Waldstein” (but actually presumed to be written by the third defendant in the earlier trial) and which were entitled Diegos Rache (Diego’s Revenge “first edition”, 2004), Der stille Magier (The Silent Magician), and Diego Giacometti (“third edition”, 2009). According to these books, Diego Giacometti had built up a huge stock of his brother’s bronzes and plasters, hid them for years, and then resold them in the UK, Greece and France.