'The most important Egyptian sculpture ever to come to market': UK city council risks ire by selling off £6m ancient sculpture

Northampton, which wants to raise funds for a gallery extension, is putting its museums' Arts Council accreditation at risk 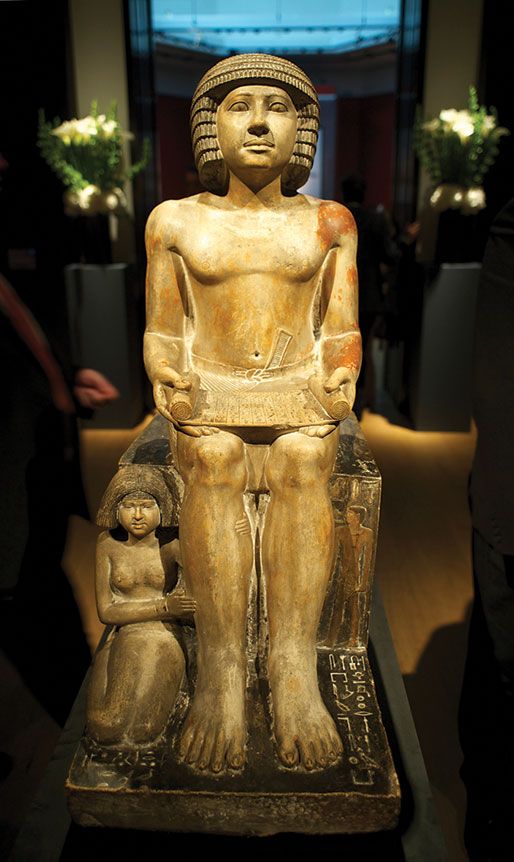 The Northampton Sekhemka was sold at Christie’s in July 2014 to an anonymous buyer for £15.8m Photo: © Mike Pitts

An Egyptian statue of Sekhemka is to be sold by Northampton council at Christie’s on 10 July, with an estimate of between £4m and £6m. The painted limestone work, billed as “the most important Egyptian sculpture ever to come to market”, dates from around 2400BC-2300BC and depicts the royal scribe Sekhemka with his wife. The statue, which probably comes from Saqqara, is believed to have been acquired by Spencer Compton, the second Marquis of Northampton, during a trip to Egypt around 1850. It was donated to Northampton Museum around 1880, probably by the fourth Marquess of Northampton. Earlier this year, the seventh Marquess argued that the museum should not sell the statue as it would break the terms of the donation, but he relented in return for a promised 45% of the proceeds.

The council says that its 55% share will help to fund a £14m extension to Northampton Museum and Art Gallery and the refurbishment of Abington Park Museum. But the deaccessioning contravenes the policies of the Museums Association and Arts Council England. If a sale goes ahead, Northampton’s museums are likely to lose their Arts Council accreditation. A spokeswoman for the Arts Council says that they have received grants and that “funds may be repayable”.